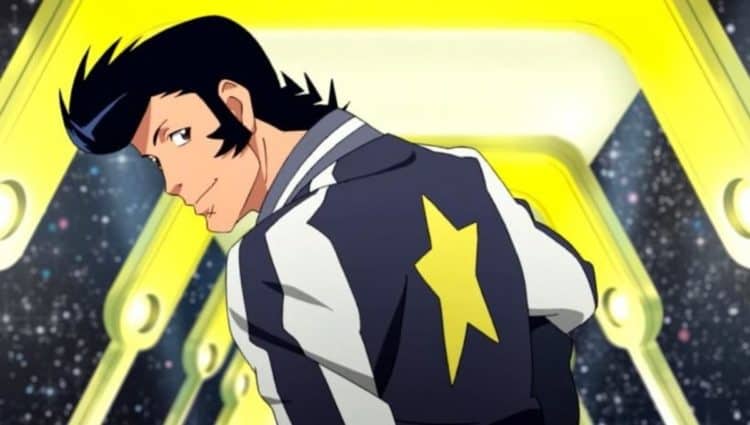 There is one thing about anime that is pretty consistent no matter what the content and tone. At some point, you are going to find yourself confused and wondering what just happened and what did you miss. The series Space Dandy is no different. This show throws all types of curve balls at you that force you to figure out the reality. What seems to be real just might not be what it seems. This is the world of anime and those of us who have spent a reasonable amount of time-consuming it simply expects to be thrown a curve ball or two in each episode. What we are going to do here is try to provide you with some information that may help you in figuring out what is going on in the current episode that you are watching. Here are 10 facts you likely didn’t know about Space Dandy.

1. The Uniqueness of Space Dandy

When I watch Space Dandy, I think of Jet Li in The One. In The One, Jet Li’s character discovers that that are alternate universes in which he exists and that if he can kill his alters then he becomes stronger. Dandy is also aware that there are at least a million other versions of himself. He is also aware that all the versions of himself are connected and impact the others.

After having contact with a fourth-dimensional being, Dandy develops the ability to travel across the universe, but what he is actually doing is traveling through time and space. Now, this interesting, because it is closely related to the quantum model of reality where all matter is energy and all energy, is consciousness allowing one to bend and control reality. The principles are they are not as far-fetched as they appear.

3. Did Dandy Die in Episode One?

One of the most confusing elements is the idea that Dandy and others die in the first episode but return in subsequent episodes. What is more likely to be the truth is that one of Dandy’s alter was the one that died. You would not be able to tell the difference by looking because genetically they are identical.

4. Dandy Passed Up On Divinity

Spoiler alert: Dandy dies at the end of the series. I know, it sucks. When he gets to heaven, he is offered an opportunity to recreate the universe and watch over all of life, but he refuses. He decides he simply just wants to be Dandy. He decisions have consequences and the result is that an infinite number of Dandy alters are created, meaning that Dandy is living on forever.

5. Dr. Gel Is More than Just a Monkey Man

I am sure that you can see that Dr. Gel is intent on killing Dandy. What should know is that this passion for destroying Dandy is not because Dr. Gel is crazy but he is actually a secret agent of the Gogol Empire and he has been ordered by the rulers of the empire to kill Dandy. Basically, Dandy hold the key to the unknown and the Gogol Empire wants the key.

It is not uncommon for anime series to references other anime characters and titles. In my opinion, Space Dandy takes it an entirely new level. The show takes aim at One Piece and Gurren Logan. It pokes fun at Dragon Ball. In fact, there are at least six other anime that are subtly referenced over the course of this series.

Although you cannot escape the natural darkness that seems to be present in every anime, Space Dandy is classified as a true comedy. Where all anime have some comedy, they are usually about 80 percent serious. It is the complete opposite for Space Dandy, the entire series is full of laughs. It is kind of nice watching an anime that you can just sit back and laugh.

8. Each Planet Has One Designer

The creator became concerned that all of the aliens were very similar, so he decided to assign one designer to each planet, ensuring that there would be a significant distinction between the aliens, at least by the planet. This is something others may have not given any consideration to, but Watanabe is very precise in what he wants to deliver to the public.

9. 20 Artists and Composers for the Music

There are 20 artists responsible for writing and composing music for the series. What is even more interesting is the fact that these artists are not allowed to use any instruments that were created after 1984. There is a certain authenticity that they are looking for in the music. When listening to the soundtrack, it appears that they got what they wanted.

10. Watanabe Was Inspired by His Travels

Watanabe admits that his travels around the world inspired a great deal of his creation in Space Dandy. For instance, his visits to Morocco inspired Cowboy Bebop, and his visit to Rio inspired Space Dandy. The breadth of his vision is measured out in the depth of his geographical experiences. There is a little piece of the world in each character.