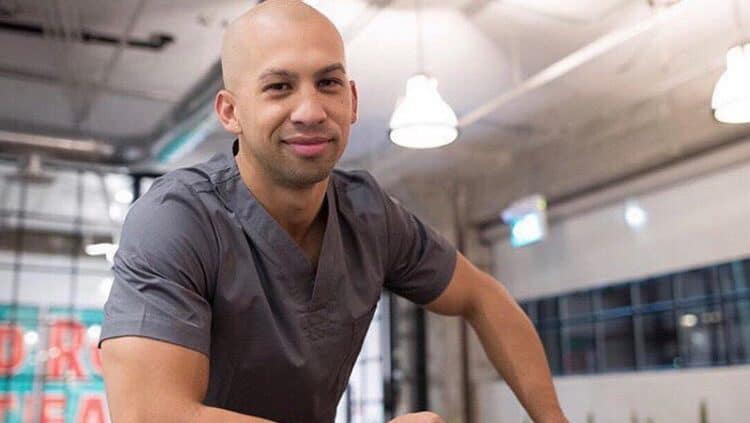 A lot of people take their feet for granted in this world, and the Toe Bro is one of those that has become dedicated to helping out those that are in desperate need of advice as well as care when it comes to keeping their feet healthy and in good condition. Jonathan Tomines might not have the most enviable job since he does have to look at some truly horrific cases that might make a lot of people turn green, but he’s been used to it for so long that he has a cast iron stomach and it’s become something of a passion for him considering that our feet are somewhat important when it comes to getting around. A show like this would in fact remind you just how vital it is to keep your feet in good working condition and to pamper them from time to time in order to keep them working the way they need to. But yes, it might still be kind of disgusting at times.

Here are a few things you might not know about the show.

10. As you might guess, it’s about a foot specialist that deals with many different cases involving feet.

Jonathan does have to take on some very funky cases that might turn a good many people away since when it comes to foot ailments there are hundreds of ways that people damage or mistreat their feet that end up damaging their toes and other parts of their feet in very horrendous ways.

9. The specialist actually took over for his father as he grew up.

For most of his life Jonathan watched his father do the same thing and grew to like the job and even see the importance. A lot of people might run from a job like this if their parents did it for so long, but Jonathan decided to get into the family business and make it his own.

8. It’s very true that a lot of people find this job disgusting.

While we do need our feet and are better off when every part of them is working as they should, the ailments, wounds, and other malfunctions that occur from time to time can be considered to be a bit disgusting since the way they end up looking is pretty gross.

7. There are consultations to determine just what’s needed.

It’s not the kind of show where people just walk in, show the guy their feet, and then make their way out once they’re done. It takes a bit of time and getting to know the person and their habits to really understand why they’re ailing and what kind of treatment is needed. In order to best serve the patients Jonathan needs to know as much as possible about their ailment.

6. The specialist grew a following by posting videos on YouTube.

This started off pretty simply as an advice site where people could visit and possibly come to understand just what they should do in order to help themselves by taking the word of a person that was trained on how to take care of such ailments.

5. His channel was originally created to give advice and tips on how to take care of your feet.

To be fair on YouTube a person could reach millions of people with relative ease since so many people use YouTube these days for a variety of reasons that word gets around without fail. From this it was likely kind of easy to start growing a client base as people continued to hear about him.

That’s a lot of years of treating peoples’ feet and seeing some of the worst cases around no doubt. One has to think that a person might get burned out after a while if they didn’t find a way to enjoy their job or at least tolerate it. In this case it seems as though the Tomines might have simply found away to stomach what they had to see on a regular basis.

To some this might seem low for what he has to put up with, but in truth a foot specialist to the stars might be worth more, but a man that is on the A&E channel might not be able to expect much more. This is a healthy chunk of change to be honest to be honest.

Stretch that out over the course of a week and you’ve got a ridiculously healthy paycheck come payday, not to mention that those seeking his care would no doubt be paying a good sum of money as well.

1. The Toe Bro is based out of Toronto, Canada.

Even better, he doesn’t have to relocate from his hometown.

It sounds a bit gross, but it’s his thing and it’s important all the same.