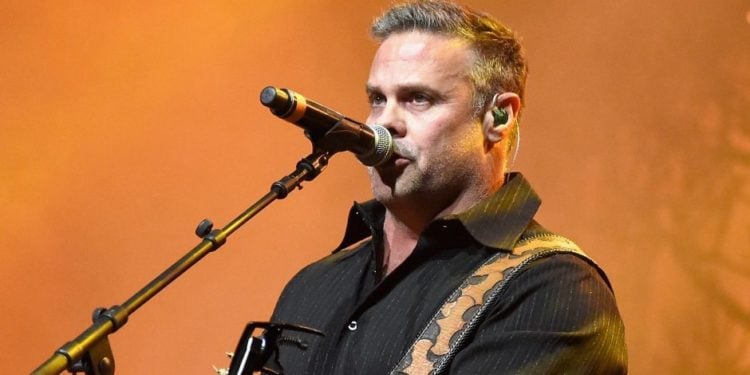 It’s always tragic when someone passes away but when it has to do with something that another person did, be it inadvertent or not, it becomes even more so. Troy Gentry was a popular country music singer and part of the duo that made up the group Montgomery Gentry. His life was all about his music and his family most times and he was loved by a lot of different people when it came to the kind of performances he put on with his band. But during what should have been a routine tour of New Jersey in a helicopter something happened and fate kind of took over, meaning that while there was indeed human error involved there wasn’t much that Troy could do about it. His loss was felt by a wide number of people as they came together to honor and remember his life and his contributions to the music industry.

Here are a few things you might not have known about Troy.

If you’re not into watching a large group of streamlined race cars make their way around a track multiple times the NASCAR likely isn’t for you. But a lot of people get a kick out of this sport and watch it religiously, cheering on their favorite racers and finding the thrill in the speed of the cars and the endurance of the drivers.

9. Troy had to give up hunting, fishing, and trapping for a period of 5 years.

Unfortunately he decided to tag a bear that he’d purchased for what’s called ‘canned hunting’ and then put a tag on him indicating that the bear had been shot in the wild. This is a big no-no in the eyes of the Fish and Wildlife Department, and Troy had a fine imposed upon him and had to give it all up for a few years. Why he would do this is uncertain, but if a person is going to hunt then doing it the old way is usually the best.

8. During his run as part of Mongtomery Gentry he was nominated for quite a few awards.

The duo won a few but they were nominated for a bunch. The list of awards that they were in line to win is pretty impressive and no doubt kept them hungry as they continued to put forth their best music and did what they could to get the fans on their side.

7. He was killed in a helicopter crash while taking a tour of Medford, New Jersey.

Helicopters can be just as unsafe as anything but it would seem that the proper checks might not have been done and there was a good deal of human error that made the helicopter crash. It’s hard to say if the crash could have been avoided by some people seem to think so.

6. His wife filed a lawsuit against the company responsible for her husband’s passing.

When it was determined that there was human error involved in her husband’s death she filed suit to go after the company and sue them for his wrongful death. This seems justified, but at the same time it seems like a murky subject to wade into.

Some sources say 8, others say 10. Let’s just say that he was worth a lot and hopefully managed to leave behind something for his wife and kids so that they’d be taken care of in his absence. It’s obvious that they’d rather have him than money, but at this point knowing they were taken care of would have to do.

4. He was not related to Teddy Gentry from the band Alabama.

So many people in show business, be it music or acting, seem to have the same surnames that it’s easy to assume that they’re related to others that have come before. But there is no relation between these two at all.

He wasn’t a young man but he was still too young to have gone out in such a manner. You expect people to start heading down the long path towards the next life when they hit their 70s or older, not when they’re still in the prime of their lives.

2. He was supposed to perform the night of his accident.

There’s no doubt in the world that fans were shocked to hear of what had happened and were hitting social media as hard as they could in order to sort out all the details. Thankfully though the more in-depth material doesn’t come out as quickly as people want it to.

1. In college he actually majored in marketing and business management.

Something like this might actually have been beneficial for someone going into the music business since they could possibly guide their own career in a way that might make sense. Of course having some experience would help.

People are still mourning Troy’s loss at this time since he passed in 2017, not all that long ago.