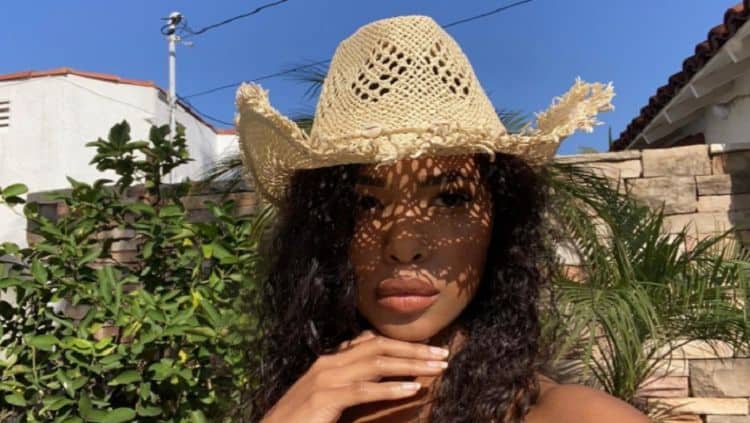 Zaria Simone is a young woman making a big name for herself in Hollywood. She’s the star of the new Netflix movie, “Two Distant Strangers,” in which she plays an important role. As an actress, this is not her first work. She’s done so much already, and she’s just getting started. She has a lot to offer, and her fans want to know more about her and what she is like. We’ve gotten to know Zaria Simone fairly well thanks to the power of the internet, and we thought we’d share what we’ve learned about the lovely young actress.

Simone was only 10/11 when she began her acting career. She was in the fifth grade when she made the decision to start acting. She didn’t do so professionally, but she did so as often as she could. She acted in school performances, she acted in shows around town and in competitions on a weekly basis, and she worked hard to refine her craft.

In addition to acting, Simone is a wonderful poet. Her thoughts and feelings are easy for her to write down, to put on paper, and to turn into a work of art. She’s won many competitions with her poetry, too. She has a book of poetry available for purchase on Amazon. It’s called “We Got a Lot to be Mad About,” and you can buy it online.

3. She Dealt with Teenage Stuff

Teenagers often do, don’t they? While not all teens go through the same issues, they often go through things that are very similar in nature. When she was going through her own teenage stuff, she turned to poetry to help her go through the angst without acting out. At the end of the day, it seems as if it worked out well for her.

When she chose to go to college, she graduated early. She was someone who worked hard to ensure she could get the education she was looking for in the shortest amount of time she could. She knew she wanted to be finished, so she took classes, studied hard, and made it happen for herself. She has a degree in international business.

When she was done with her college education, she was able to secure a job as a personal assistant. She did a lot of odds and ends in terms of her career otherwise, too. She worked at a parking garage, for instance. She did not just jump into the Hollywood scene and make a huge name for herself right away. It took her some time.

6. She Feels Being a Woman is Tough

7. She Feels Acting is Magic

When she’s acting, she experiences a feeling of magic. She feels that she’s able to reach out and touch the lives of the people who watch her, but she’s not actually reaching out and touching anyone in reality. She’s just doing it through the magic of her job. She loves it, and she loves what she can do and how many people she can touch without ever meeting them.

Something many of her fans do not know about Simone is that she was born and raised in LA for some time. She didn’t always live there. She moved around a lot in her life, but she’s there now – and the city always feels like home to her. She loves that she can live and work in the city. However, she’s not a fan of the traffic. We are not surprised. We’d like to find someone who does like the traffic in and around LA.

There will always be those who argue that it is no such thing, but to Zaria Simone, writing is therapy. It is something that is true for many of us. Putting our words onto a piece of paper and seeing them come to life in that manner is something that brings a great deal of peace and freedom to the mind, and that is what it is all about.

10. She is Inherently Private

In her time as an actress, she’s learned that there are parts of her life meant for the public eye. There are also parts that are meant only for her. She does a good job of keeping her private life as private as possible, too.