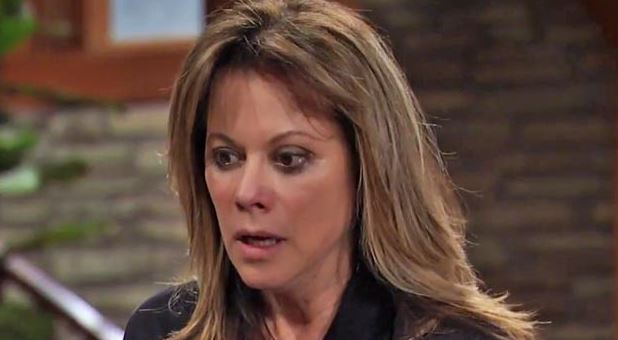 General Hospital fans know that Nancy Lee Grahn is one of the longest-running actresses on the show as of 2018. She’s been playing the role of Alexis since 1996 showing us how it’s done. She’s a powerful attorney with a big attitude and a sharp mind. She’s a fan favorite, and she’s always been good at taking over the roles she plays and making them her own. No matter what they put Alexis through, she’s there to make the most of it. She’s someone who makes her life as good as she wants it, and she’s always there for her friends and family members. She’s totally good at what she does, and she’s not at all upset to get to run this character into the best places the past 22 years. It makes us want to get to know more about her as a person.

She was born and raised in Skokie, Illinois. Her parents were both there when she was born, which was on April 28, 1956. Her mother is Jewish and her father is Lutheran. How she grew up religiously is unknown to us.

2. Her Parents Were Involved in Theater

Both of her parents were involved in their local theater, but we don’t know to what degree. Whether they acted or they were behind-the-scenes is not something we are aware of, but we imagine this has something to do with her desire to be in the theater, too.

3. Her First Role Was Hilarious

When she got her first acting role, it was as a pony. She was the pony in “Oklahoma!” and she loved it. It really gave her a taste for acting and what it could mean for her as a future star. We think she took that role and really ran with it judging by her current success.

Her first role was as a small child, and she grew up acting. She was not someone who shied away from the stage, even when she was a teen. She spent all of her high school years working in the drama department and taking her place on the stage.

She has a daughter, Katherine Grace, who was born in 1998. She’s now officially 20-years-old. We don’t know what led to her becoming a single mother, but it is a job she takes seriously. She’s done well, too.

6. She Went To High School With A Star

Not only was she a woman who went from high school to total fame, she also went to school with someone else who went on to become a famous actor. She went to high school with — and acted with — Broadway star Gregg Edelman.

For most of her adult life, she’s been very outspoken about her political beliefs. While many people keep their thoughts and opinions private, she’s a very outspoken liberal. She takes time to attend and even host a bevy of political events.

8. She’s Had An Abortion

She’s also an advocate for reproductive rights after having her own abortion in her 20s when she became pregnant and decided it wasn’t the right time for her to have a baby. She feels that it is something that is fair and okay. And she supports her feelings.

Nancy Lee Grahn is also a major supporter and advocate for the LGBTQ family. She attends events, goes to rallies, and shows her support whenever she can. It can be said of her that she has very strong and very big beliefs, and she is not at all afraid to share those with the world. We admire a person who is willing to stand up for what she believes in.

One thing that she does regularly is spend time working on her charities. She’s someone who goes out of her way to help those she believes need help. She is involved in many causes, and each one of them is one she holds close to her heart. She’s not a sit on the sidelines kind of woman, and we appreciate that about her. She’s an advocate, and she’s not afraid to get involved in important matters.