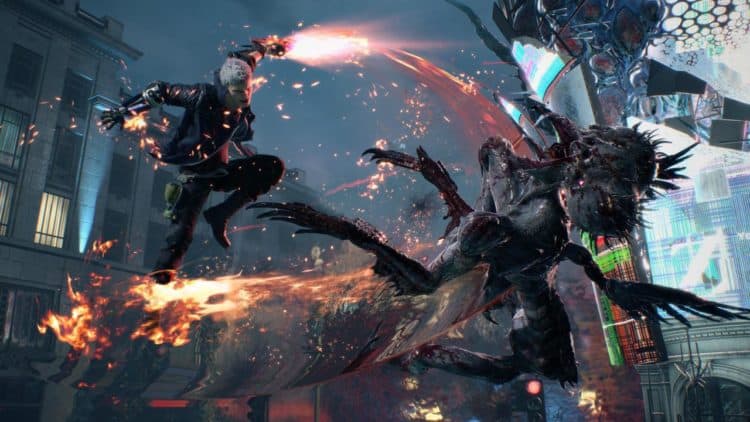 Capcom has managed to make a remarkable comeback in recent times. Its latest success is Devil May Cry 5, which is a continuation of the first series rather than the reboot series. Perhaps unsurprisingly, there are a lot of people who have already poured a lot of hours into playing it, meaning that interested individuals should have no problems finding information with which to make their play-throughs as satisfactory as possible. Here are 10 tips for Devil May Cry 5 to help interested individuals make the most of their experience:

1. Plan Out Your Purchases

If players feel that their characters’ combat capabilities are lacking, the simplest and most straightforward solution would be buying more abilities. With that said, if they want to get as much value out of their purchases as possible as soon as possible, they should look through their options to get a good understanding of what does what. This way, when they make their purchases, they can make sure that they get good value.

Devil May Cry 5 isn’t an exploration game. However, a bit of exploration can still pay off in the form of various goodies, which happen to include secret missions.

Speaking of which, there is no need to rush for people who want to secure the highest scores possible. This is because Devil May Cry 5 doesn’t offer a time bonus in that regard, meaning that players who want to maximize their scores should be focusing on their combat performance instead.

4. Don’t Get Too Stressed Out About the Scores the First Time Around

With that said, there is no real point to players getting too stressed out about maximizing their scores the first time around. Instead, the best course of action is for interested individuals to use their first play-through to learn the story as well as familiarize themselves with the systems. By doing so, they should put themselves in a much better position to maximize their scores in subsequent play-throughs.

Naturally, the ins and outs of the scoring system is one of the things that interested individuals should be mastering over the course of their first play-through. After all, this process should enable them to get a better score by just running through some internal checklists, meaning that it is more than worthwhile. For that matter, interested individuals might want to look into the conditions for maximizing their Red Orb intake as well.

Taking matters to the sky is a good approach for players who are struggling. In part, this is because a lot of enemies are stuck on the ground, meaning that this is a good way for players to avoid getting hit by them. However, it should also be noted that launching an opponent into the air is very useful for enabling the player to focus on them to the exclusion of others.

Curiously, jumping has invincibility frames, which is useful information for players who need to make split-second decisions while in the middle of combat. With that said, it should be noted that this invincibility is limited to when the player is still moving up, meaning that it shouldn’t be the sole option for dodging that they should be using.

Players who want to maximize their scores are going to need to avoid getting hit by their enemies. Luckily, said enemies have tells, which can be used to predict what is going to happen for better decision-making than otherwise possible. Naturally, this means that interested individuals might want to pay extra close attention when observing their enemies for the first time before committing to an all-out offensive.

Devil May Cry 5 starts out with two difficulties, with one being Human and the other being Devil Hunter. Players who want to master the game should play on Devil Hunter, particularly since if they find it too tough for them, it won’t be too late to change the difficulty at some later point in time.