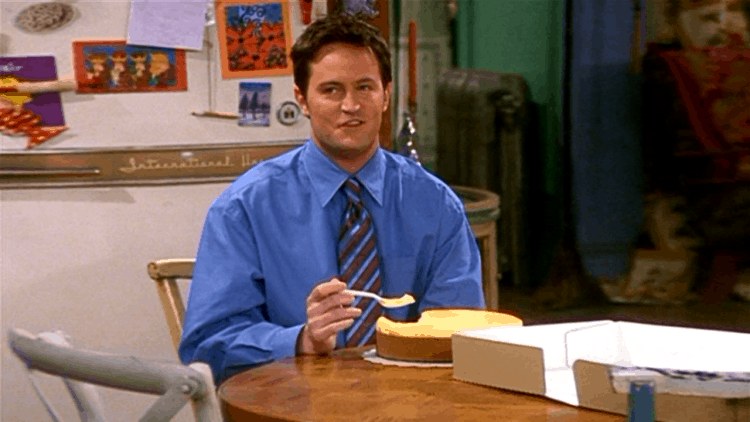 Allison Piwowarski from Bustle is correct when she states that Chandler Bing from Friends wasn’t exactly the deepest wellspring of knowledge on the show but he did come up with a few very key points throughout the history of the program that were worth listening to. He was usually overly sarcastic, kind of eccentric, and probably one of the last guys you’d assume was a deep thinker, but somehow during the course of the show he managed to make people believe that his words had value, but since they were backed up by actions that were either just crazy enough to be considered wise people tended to listen and still happen to think that he was one of the wisest people on the show. Given that he was the one that was always thinking, no matter that he was always coming up with witticisms, he was in fact the most attentive of the bunch on a pretty regular basis.

Here are a few lessons we might have learned from Chandler.

That is one thing that Chandler never seemed to shy away from despite the fact that his truth usually came out in brutally sarcastic fashion. He wasn’t about to let a moment go by however without telling his friends or anyone else just what he thought, no matter if it did smart a little once it was out.

9. Rely on your friends.

It’s kind of hard to rely on friends at times since they have lives of their own and quirks of their own that one has to get around and possibly work with on a regular basis. This group of friends in particular was kind of difficult now and again and didn’t seem inclined to always agree or even be on the same wavelength, but somehow they all banded together more often than not in order to make something right and get through each episode.

8. Dance like no one’s watching even when they are.

Sometimes you’ve just got to dance and not care if someone is watching even if they really are. The whole idea of living is to be you and do you and enjoy the life that you’ve got, not worry over what someone’s going to say about something they might not understand in that given moment.

7. Embrace the uniqueness that is you.

Chandler was definitely a stranger person in many ways but he embraced it without really giving into what anyone else had to say or think. That’s the kind of person you have to be sometimes when you really want to be happy or at least secure in who you are and what you do in life.

6. It’s important to take care of yourself.

Some days you need that bubble bath with a glass of wine and a moment just to compose yourself. It’s not a matter of why or how long, it’s a matter of you needing it and you taking the time that you need and letting others know that you require a bit of time to yourself for some soothing that’s well deserved.

One thing that Courtney Lundy of Narcity points out that Chandler always managed to prove is that you’re not defined by your job and if you don’t take chances then it’s not all that worth it. Of course given all that went on during the show and and his job it’s fair to say that taking chances was kind of par for the course some days.

Despite the added work they bring to your life, and they do, pets are a part of life that helps you to realize what it is to care about someone, to take into account that they have issues too, and that they’re depending on you for attention, sustenance, and pretty much everything else.

3. Don’t be afraid to be vulnerable.

The saying that no man is an island is and isn’t true since being the rock, the invulnerable force that everyone can lean on, is kind of tiring at times and detrimental to one’s mental health as well. Sometimes you’ve got to let things go and show people that you are vulnerable and that you’re not made of stone. It might show a weakness here and there, but admitting as much is a strength that a lot of people don’t see.

Most people will understand that this means marry the person you’re closest to and most compatible with in terms of your sexual preference, hopefully. But in this case it was seen that Monica and Chandler were definitely closer than a few of the others.

1. Always be able to laugh at yourself.

If you can’t laugh at yourself then your sense of humor kind of sucks. Chandler was the butt of many a joke and no matter what he eked out a laugh at his own expense.

Thank you for the lessons Mr. Bing.