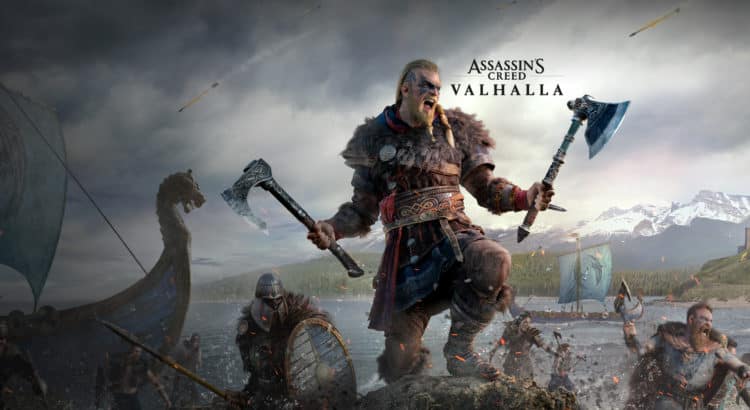 The history of Norwegian mythology is by far my favorite of all time. There’s so many badass gods and monsters like Odin, Loki, Huggin and Munin, Fenrir, Sleipnir, and so many more that it’s impossible to list them all here, but I digress. There are so many great games that are based on Norse mythology, but what are some of the best? Well, I can’t exactly tell you that for sure – you’ll just have to figure that out for yourself when you play these fantastic games. While we wait for God of War: Ragnarok to release later this year which, as the name suggests, will focus even more so on the Norse aspect of the 2018 entry, here’s 10 games based on Norse mythology that we think you should check out for yourself and experience the true nature of some of these tricky Norse gods!

Northgard is a strategy game that is based on Norse mythology. In the game, you control a clan of Vikings who wish to fight for control of a mysterious newfound continent. Northgard was developed and published by Shiro Games and released on March 7, 2018 for Nintendo Switch, PlayStation 4, Xbox One, macOS, Microsoft Windows, and Linux.

Magicka is an action-adventure game developed by a Swedish independent developer known as Arrowhead Game Studios. The game puts players in a 3D environment from an isometric perspective as up to four players take on the roles of wizards whoa re tasked with stopping an evil sorcerer. Magicka was released on January 25, 2011 via Steam for Microsoft Windows and Magicka 2 was released on May 26, 2015 for PlayStation 4, Microsoft Windows, Linux, SteamOS, and macOS.

Through the Woods is a third-person Norwegian horror-adventure game developed by indie studio Antagonist and was published by 1C Publishing EU. It’s a single-player experience in which the player explores the woods of Norway and find many hidden caves and passageways that contain secrets about the island where the game is set. The kicker? You’re armed only with a flashlight to get you through the game. Through the Woods was released on October 27, 2016 for Microsoft Windows.

The Banner Saga is a fantasy tactical role-playing game developed by Stoic Studio and published by Versus Evil. The game takes place in a fictional land inspired by Norse mythology and tells the story of the player’s caravan as they fight a human-hating race known as the Dredge. The two main characters feature different stories that ultimately converges into one. The game also received 2 sequels in 2016 and 2018, respectively. The Banner Saga and The Banner Saga 2 are available for Windows, OS X, Linux, iOS, Android, PlayStation 4, Xbox One, and Nintendo Switch. The Banner Saga 3 is only available for Nintendo Switch, PlayStation 4, Xbox One, Microsoft Windows, and macOS.

The Elder Scrolls V: Skyrim is probably not a game that you would consider to be based on Norse mythology – I don’t blame you, I didn’t know either – but it is indeed. The setting of Skyrim took major influence and inspiration from the legends of Norse mythology. Even the names of people and monsters are inspired by Norse legend, albeit altered to fit the world of Skyrim. The Elder Scrolls V: Skyrim was developed and published by Bethesda Softworks on November 11, 2011 and is currently available on PlayStation 4, Xbox One, Nintendo Switch, PlayStation 3, Xbox 360, and Steam.

Developed by Canadian studio Thunder Lotus Games, Jotun is an action-adventure video game that follows a recently deceased Viking woman named Thora. Thora’s goal is to travel across the realms defeating giant elementals of nature, chaos, power, and such, known as Jötunn in order to impress the gods and enter the Norse afterlife, Valhalla. The game released originally on September 29, 2015 for Microsoft Windows, OS X, and Linux, but is now available for Wii U, PlayStation 4, Xbox One, Nintendo Switch, and Stadia.

Munin is an independent game developed by Portuguese indie game developer Gojira and published by Daedalic Entertainment. It’s a puzzle-platformer that includes many references to Norse gods and monsters – even its title is a reference! Munin is available on Microsoft Windows, OS X, and iOS.

God of War was one of the most popular games of 2018 and actually won game of the year at The Game Awards 2018. It follows a brand new Norse-based Kratos as the player goes through the game in combo-based combat and various puzzle based elements. The game is available exclusively on PlayStation and a sequel is currently set for a 2021 release.

Hellblade: Senua’s Sacrifice is a dark fantasy action-adventure game that was developed and published by Ninja Theory, developers of Bleeding Edge and Heavenly Sword. The game follows a Pict warrior named Senua who makes her way to Helheim, another Norse afterlife, by defeating various entities and then facing their challenges. The game was initially released for Microsoft Windows and PlayStation 4 on August 8, 2017, but is now currently available for Xbox One and Nintendo Switch.