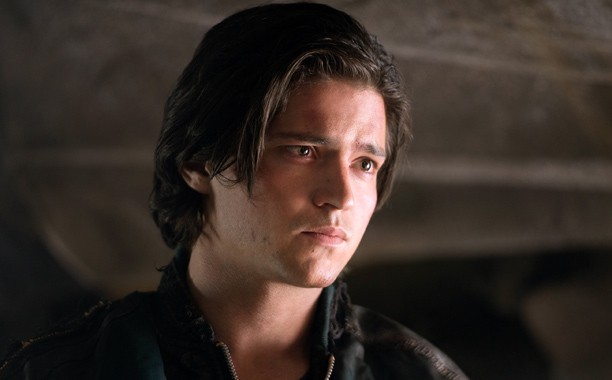 Guys.Â The 100Â is REALLY good. There has not been one single episode of season 2 that has not been action packed. This episode left out a whole storyline, so you knew a lot was going to happen. I was totally blown away.

The 100Â production crew seems to have no fear. They killed off someone we thought was going to have a major role in the first 3 episodes. They went to great lengths to rescue Jaha and reunite him with his people, only to shove him off to the side and give Abbie the spotlight. They created a romance between Finn and Clarke, which has been riddled with nothing but complications. Perhaps the greatest thing about this show is that you NEVER know what they’re going to do. I’m constantly enthralled because I have no idea what’s going to happen. Usually, shows I watch come with some degree of predictability, butÂ The 100 does an excellent job of keeping us on our toes.

First of all, I have to give them props for how they’ve redeemed Murphy. He and Bellamy were both jerks in the beginning, but Bellamy got better and Murphy got worse. He’s a character that you loved to hate for all of season 1. Season 2 has brought us a different story of Murphy. We’ve delved more into his background, and watched him really grow as a character. When Raven turned on Murphy tonight, I felt bad for Murphy. I sympathized with him. I was emotional when he was emotional. That scene had all the telltale signs of redemption for a character. However, I don’t feel like the tension between him and Raven will simply disappear. Bellamy and Finn were much more forgiving of Murphy having fought alongside him,Â so the second half of the season will provide some great tension on that front.

I actually really liked the flashbacks. Being an ArrowÂ fan, I’m always first in line bash flashbacks, or “flashbash”. However, I thought they were really well used in this case.Â Knowing the usual CW programming, I was sure that this meant Raven was a goner. But instead, it gave a really great insight in to Finn’s true character. Knowing the lengths to which he’d go to protect the ones he loves allowed you some serious sympathy for him. I also really liked that they finally backed up the throwaway from season 1’s “Finn has a girlfriend” revelation.Â The 100 isn’t a show to ignore its canon, that’s for certain.

The whole story this week was fascinating. This whole seasonÂ The 100Â has been running on all cylinders. It’s been action packed, tense, dramatic, and all around fun to watch. It’s easily been one of the best shows on TV this year. This week, they showed a different side to themselves. They touched a subject that you really see only onÂ The Walking DeadÂ Â nowadays. Do you give up your humanity for the promise of peace? Â Do you believe you’ll get peace if you give the grounders one of your own? This extremely tense moral dilemma ruled the episode, but I was not mad about it. It really gave some of the best actors on the show a time to shine. Lindsey Morgan is great as Raven, Thomas McDonnell has been excellent as Finn, Richard Harmon deserves a shout out for his outstanding turn as Murphy, and the show knows that one of its (often unsung) strengths is Eliza Taylor’s Clarke. She did not disappoint tonight, and gave one of my favorite performances of the series so far.

Please raise your hand if your jaw dropped at the end of tonight’s episode! MAJORÂ SPOILERS AHEAD. I’d be lying if I said I saw it coming at all. All my predictions were leaning towards a “Finn gets out of this somehow” scenario. But for Clarke to end it herself? To admit that she loved him right before she sacrificed him for the greater good? I was totally blown away. Eliza Taylor is a wonderful lead, and every turn Clarke took in this episode was fantastic, but in the end she broke my heart (I was rooting for Finn) and dropped my jaw all in one swift motion. The fallout from this one is going to be huge, folks.

Tonight’s mid-season finale was among my favorites of 2014. If this show was on a bigger network, everyone would be watching it. What did you guys think? Did you expect that twist? What do you think the back half is going to have in store? Let us know!!