When last we left Once & Again, there had been some pretty big steps forward taken in everyone’s relationships. So where do they all go from there?

Rick and Lily are still unable to keep their lips off each other, as we find out when he makes an unannounced visit to her house in the morning. She detaches herself from him, only to find out from Grace everything that happened last episode – that there’s that nasty rumor about Grace and Eli that almost blew up Eli’s relationship with Jennifer. I would feel more sympathetic if it wasn’t Grace’s own fault said rumor got started in the first place. Lily has to deal with the ramifications of her relationship with Rick becoming public, such as one of her friends being one of Karen’s friends. Awkward.

Speaking of awkward, Grace and Eli get thrown together for a class project – something which anyone who survived high school can tell you is either really fun or horrible torture, depending on who you end up stuck with. (I was one of those kids who never had a partner unless I was lucky enough to have a friend in class. Then again I never knew anyone in high school as adorable and actually intelligent as Eli, or I would have been in love.) This does not help Grace’s public perception issues.

After Jake takes the girls off her hands, Lily goes over to Rick’s place for dinner. He’s trying to be romantic, but she’s tetchy because this is their fourth date and she has no idea what’s going on. He’d rather go with the flow, and she likes having things defined for her. Things are further complicated by Karen making a surprise visit. (At least she calls first.) Still unhappy that their relationship is now public, Lily decides to panic and hide. Karen is easily able to deduce that Rick has company, and makes a hasty and awkward exit.

The following day, Grace and Eli are hard at work, in the middle of their art project for the school carnival. The two of them actually start to bond. The carnival also provides an excuse for everyone to run into everyone else. Lily has to deal with the gossiping mothers (“They don’t have lives, so they have to eat other people’s,” her friend tells her) and ends up being paired with Karen. Rick runs into Jake. Grace actually starts to develop feelings for Eli, though she vehemently denies them like everyone else her age. Some of these go better than others, at least until other people start to open their mouths. (Isn’t that how everything always gets dysfunctional?) What was supposed to be a fun afternoon turns into a disaster.

Grace gets upset after listening to some of the negative things others have said about her. Karen finally finds out that Lily is the woman Rick is seeing, and she’s angry that he didn’t tell her before everyone else knew. Relationships disintegrate. (I love how, as in life, Lily asks Grace “Are you okay?” when it’s obvious that she’s not. I have no idea why people do that.) Rick and Lily confront the negative backlash caused by their relationship. As she says, they have to consider their ex-spouses and children, as well. Yet he cautions her that those people can take care of themselves, and those are the people that also want the best for them. It qualifies as their first actual disagreement.

As a tearful Lily recounts what living in fear of others’ perceptions cost her in the past, she makes the decision not to let history repeat itself. At the conclusion of the episode, as everyone else looks on, she decides to make her first public appearance with Rick as a couple, no matter what anyone else thinks. It highlights one of the things I’ve come to love about Once & Again: every episode, I feel like I’ve learned something, or at least explored an issue in addition to the general plot of the hour. I may not necessarily be able to relate, coming from a point of view less like Rick and Lily’s and closer to that of their kids, but I can grasp what they’re thinking and feeling. I come away with something to consider beyond “What’s going to happen next to these characters?” The show goes beyond that, into the audience’s consciousness, and that’s what makes it stick.

I can see now why people loved this show so much, because I have to say, I’m falling for it myself. 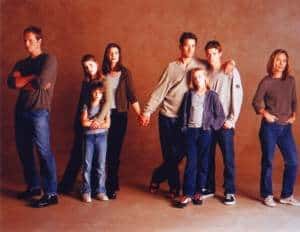 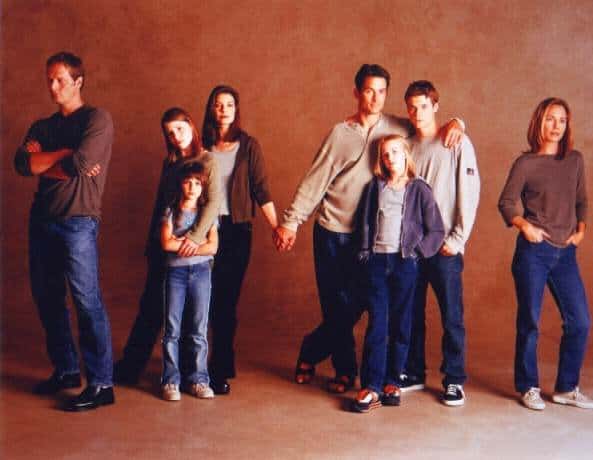