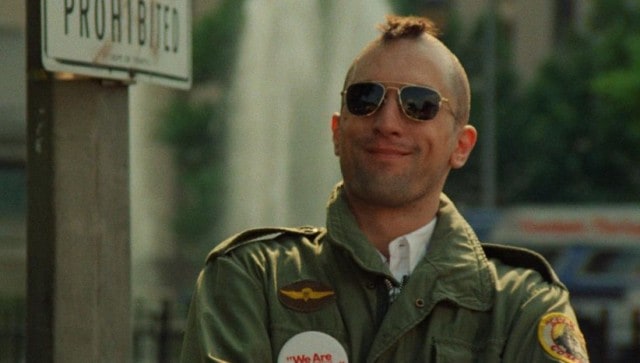 Back in the days of living in Manhattan, I would take taxi cabs pretty often. The subways are almost always crowded with disgusting, smelly people with no concept of personal space, and the bus always takes forever to get from point A to point B. The role of the taxi driver is often stereotyped, but in New York, you’re bound to run into many different and interesting characters sitting behind the wheel of a taxi. The same can be said for taxi drivers in the movies, too. The job isn’t easy, and driving in New York can be a nightmare if you don’t have quick reflexes and a bit of aggression. In honor of the skilled men (and women? I’ve met maybe two female cabbies) that get us to our destinations quickly and for a fair price, I’ve compiled a list of 11 memorable taxi drivers from movies.

The Ghost of Christmas Past – Scrooged 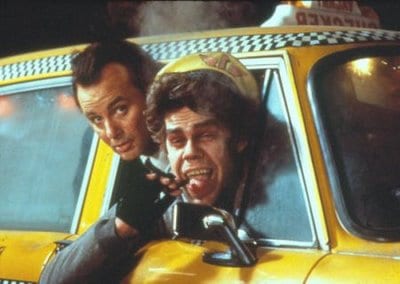 Played by David Johansen a.k.a. Buster Poindexter, The Ghost of Christmas Past appears to Frank Cross as a lunatic New York City cabbie with a thick Brooklyn accent. The Ghost shows Frank his past – naturally – including a part of his life where Frank chose work over his girlfriend, an event that helped shape him into the detached, cold television executive he is in the present.

The driver has bailed, leaving Mr. Van Orton in a sinking taxi.

This “taxi driver” is really an employee of the cryptic company Consumer Recreation Services (CSR) who locks Nicholas Van Orton in the back seat of his cab. With the car still racing forward through red lights and toward a body of water, the taxi driver (whose face is significantly scarred) jumps and rolls into the road, leaving Nicholas to figure out how to escape. It’s all part of his “game.”Â  The part is played by none other than Tommy Flanagan. 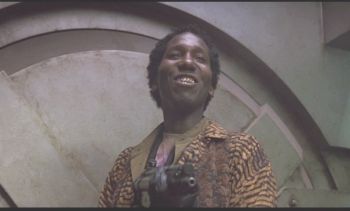 In the future, cabs aren’t just driven by people; sometimes mutants and robots get behind the wheel, too. Johnny Cabs are difficult to have conversations with and can be incredibly frustrating, but they’ve also replaced most of the human cab drivers for some strange reason. In any event, the Johnny Cab from Total Recall was pretty memorable, but the nod here goes to Benny, a mutant in disguise with five four kids to feed. Quaid ends up killing Benny, complete with a patented Arnie one-liner.

Mickey Fitzpatrick – She’s The One 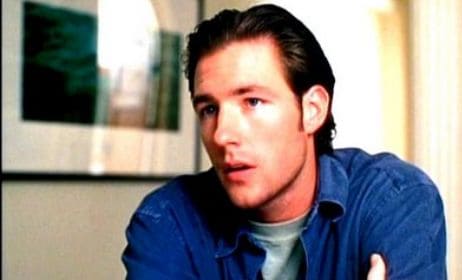 Mickey deals with women and family in She’s The One, and his humble job as a taxi driver gives him a very grounded outlook on the events that transpire in his and their lives. Mickey is a stark contrast to his brother Francis, who works on Wall Street and does quite well for himself. Mickey is an admirable character, mostly because he values love and friendship over material things. 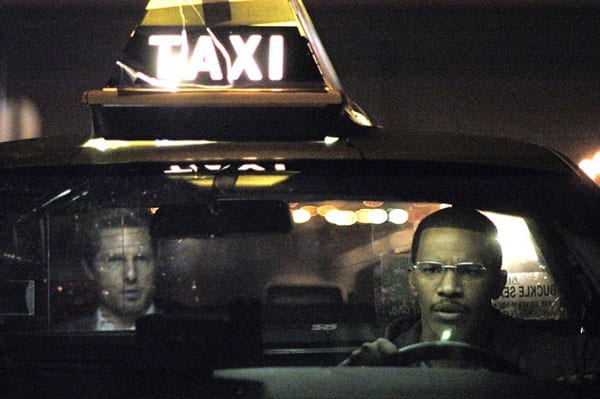 A jazz club? Sure, sounds swell…

Max’s routine night turns into a terrifying adventure filled with murders and chases after he picks up the lethal Vincent. Max really has no choice but to drive Vincent around, for refusal would result in Max’s brains being splattered all over the interior of his cab. He eventually sacks up, though, when he realizes that one of Vincent’s targets was an attractive prosecutor he had driven earlier in the day.

You didn’t think I’d leave out Bickle, did you? Come on. What a maniac. 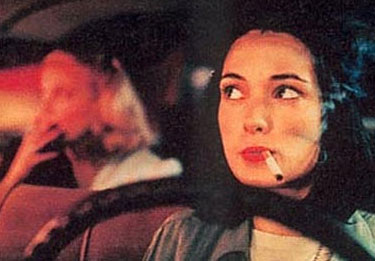 There are several cab drivers in Night on Earth – after all, it’s a movie about cab drivers – but the most memorable (for me) was Corky. Like I mentioned above, you very, very rarely get into a cab with a female driver, and if you do, chances are she is nowhere near as good-looking as Winona Ryder. Corky drives in Los Angeles and, lucky for her, one of her passengers thinks she’d be perfect for a role in a movie. 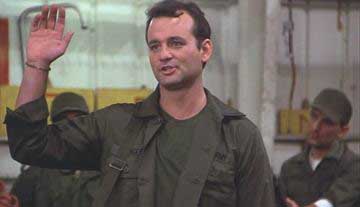 Who cried when Old Yeller got shot at the end?

Sure, most of Winger’s adventures in Stripes are with the U.S. Army, but remember, before becoming a soldier, he was driving a cab. Winger despised his job as a cabbie, evidenced by his tormenting of his more obnoxious passengers (“Madam, perhaps you’d like to eat your luggage;” “I shouldn’t have drank all that cough syrup.”) and eventual abandonment of his cab on the side of the road. 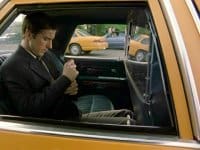 Really, who wears a seat belt in a cab?

He’s only in the movie for a couple of seconds, but he gets things going with a bang:

Mitch: I’m sorry, your seat belt seems to be broken. What do you recommend I do?

Cabbie: I recommend you stop being such a f*ggot. You’re in the back seat. 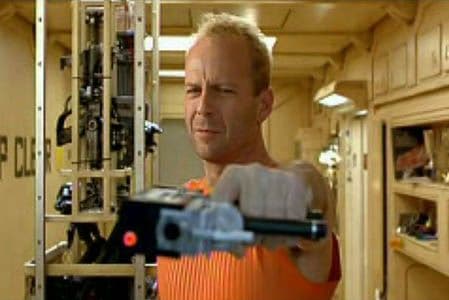 Anyone else wanna negotiate?

Former Special Forces member and current taxi driver Korben Dallas is given the responsibility of saving humanity when Leeloo appears in his cab. What follows is an intergalactic battle against aliens and a race to stop the Great Evil before it devours Earth. The Fifth Element is a very, very cool sci-fi flick, and other than Bickle, Dallas is the most bad ass cabbie on this list. 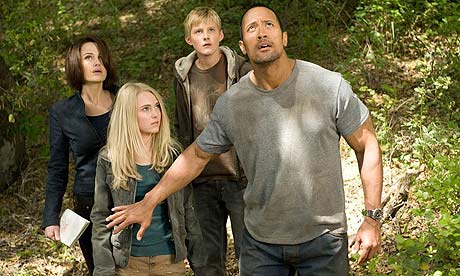 Wait, do you smell that? It smells like something’s cooking…

It seems like it’s always the unwitting cab drivers that are tasked with some monumental duty, and Jack Bruno in Race to Witch Mountain is no exception. Bruno needs to get two children – who are really (gasp!) aliens – to Witch Mountains o that they can reunite with their relatives and save their home planet. Bruno capitalizes on his adventure, writing a book about it and using the proceeds to buy a sweet ass Mustang.

Argyle didn’t drive a cab – it was a limo – but good lord is he awesome. I’d party with Argyle any day.