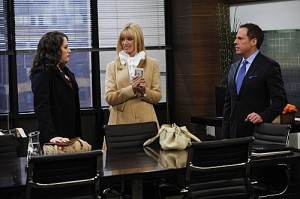 CBS’s Monday night comedy line-up is all new tonight, which means that 2 Broke Girls is returning with an all new episode.

In tonight’s episode, Caroline learns that Max likes to act like a drug testing guinea pig to make some money on the side. While Caroline protests this move (“I consider my body a temple!” she declares), Max manages to convince Caroline that volunteering might also be in her best interest in order to raise some money to help her father.

Caroline also gets approached by Mr. Channing’s attorney in tonight’s episode of 2 Broek Girls to give a deposition to help her father. And we’ll be getting some insight into Han’s family when he calls up his mother in Korea.

Watch a sneak peek below for tonight’s all new episode of 2 Broke Girls, airing at 8:00 p.m. ET/PT on CBS. 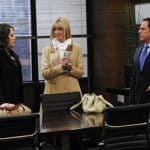