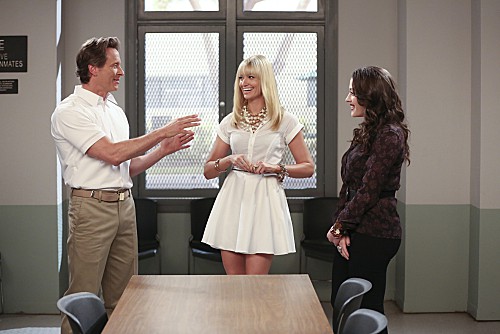 The highly rated CBS comedy 2 Broke Girls will be returning to the network in late September for its second season.Â  In the premiere episode, Wings star Steven Weber will be making a guest appearance as Caroline’s father, Martin Channing.

In the premiere episode, titled “And The Hidden Stash”, Max decides to accompany Caroline on a visit to her father.Â  While the girls visited the prison in a season 1 episode, they never actually got to see Martin in person.Â  When they do meet him, he tells them about the upcoming Channing estate auction and encourages them to bid on a specific keepsake.Â  You can catch your first glimpse of Weber in his guest appearance above.