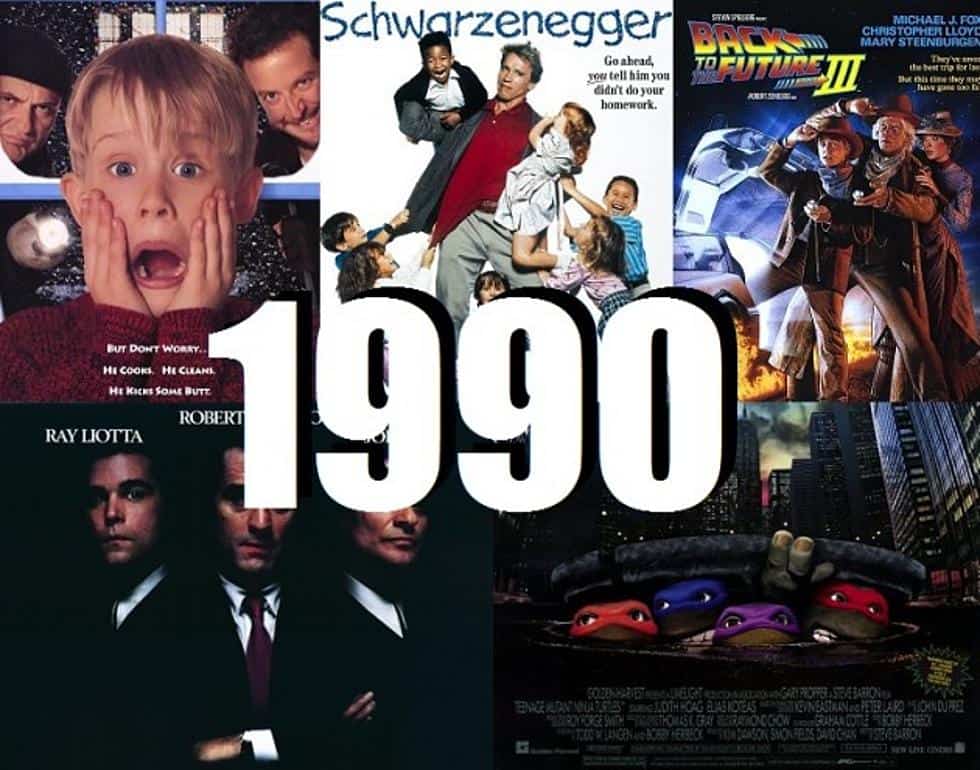 While I continue to kill time before seeing everything I need to in order to make an informed and comprehensive best-of-the-year list for 2018, I’m continuing my new series about the best movies of my lifetime.  As the Barenaked Ladies song for which this series is named goes, in 1990 “I barely knew my up from down / or my left from right.  / [But] everything is clearer now in hindsight.”

The 80’s were a Hell of a lot of fun, but I barely got in on that scene.  I really grew up in the zaniness of the 1990s: with the Batman and Spider-Man animated series, Pogs, Pokémon and Magic: The Gathering.  And, of course, there were some pretty great movies too.  And though a few nostalgic favorites did sneak there way onto the final tally, these are hardly the Fly Away Homes and Space Jams that were more my speed at the time. 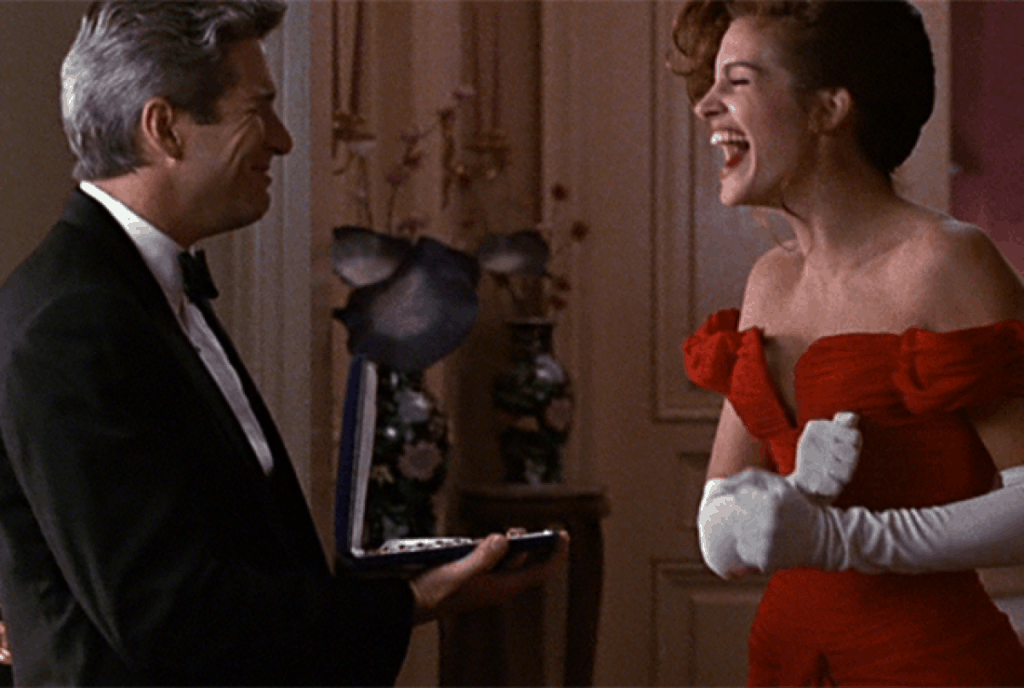 Remember how I said that I’m not that big a fan of romantic comedies?  Remember when nobody believed me when I suggested that we see Crazy Rich Asians (2018) last year?  Well, sneaking in just under the wire for this list is pretty much the ur-text when it comes to romantic comedies: a light-weight Julia Robert vehicle where the actress is wooed by no less than Richard Gere, set to an upbeat soundtrack that includes the film’s title track.  The thing is, though, that what it lacks for in uniqueness, it more than makes up for by being the best version of the kind of movie it’s trying to be.  No, it doesn’t elevate the genre with richly layered themes of national, racial and class identity: it is simply the quintessential romcom, perfectly executed, with charm enough to spare.

Although many (myself included) will doubtless point to the 1950s and early 1960s as the heyday of East Asian cinema, the subsequent decades saw incredible output from China and Hong Kong, territories which had heretofore been ignored by the larger cinematic intelligentsia.  From superstar martial artists likes Bruce Lee, Jackie Chan and Jet Li to the opulent gun-fu of John Woo, China and China-adjacent action movies took the world by storm.  But Chinese films were not limited to one genre nor one type of filmmaker, and perhaps the greater director to emerge from this period was Zhang Yimou: a reserved and deeply insightful dramatist whose films capture much of the anxiety and nuance of 20th century China.  Although hardly his greatest achievement (for that, see 2002’s Rashomon riff, Hero), Ju Dou perfectly encapsulates his output in this decade: stifling social mores, forbidden loves and lush cinematography. 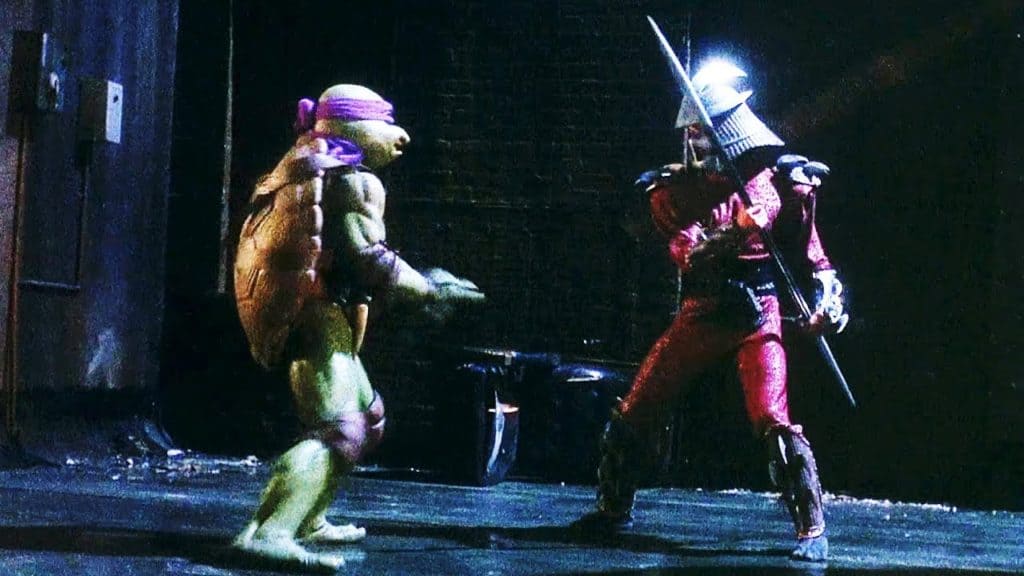 I may have spent my formative years in the 1990s, but I was brought up in a largely orthodox 90s home.  With two older siblings leading the way, I was raised on a steady diet of He-Man, She-Ra, Transformers and, of course, Teenage Mutant Ninja Turtles.  And while this and its sequels were certainly not without a myriad of narrative, structural and directorial issues, the end results hold up remarkably well even today.  The Turtles themselves are a marvel of special effects, so much so that they look far more convincing as main characters than the Michael Bay versions of the same that came out nearly three decades later.  The New York of the movie beautifully blended the competing aesthetics of the original underground comics with the colorful world of the cartoons.  What it lacked for in terms of tight plotting and a compelling narrative it more than made up for with charm and characterization. 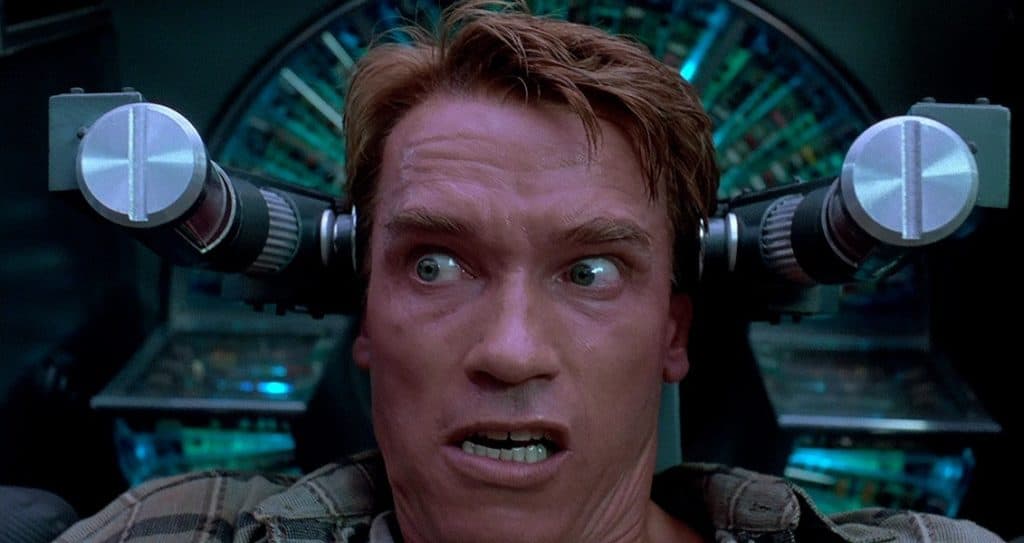 When it comes to action, it’s hard to compete with a Schwarzenegger flick.  In addition to simply being offered the best genre entries of the 80s and 90s, the man had perhaps the most imposing screen presence of anyone before or since him (although Jason Momoa and Dave Bautista have certainly tried to fill his shoes).  Like Ju Dou for Zhang Yimou. Total Recall is hardly the best of its leading man’s impressive filmography, but it does have more than enough going for it to get the job done.  From its exceptional source material, impressive special effects, globes-trotting story and able direction that pulls back just enough to give fuel to any fan willing to debate what really happened during the film’s final moments, everything comes together in one intensely satisfying package. 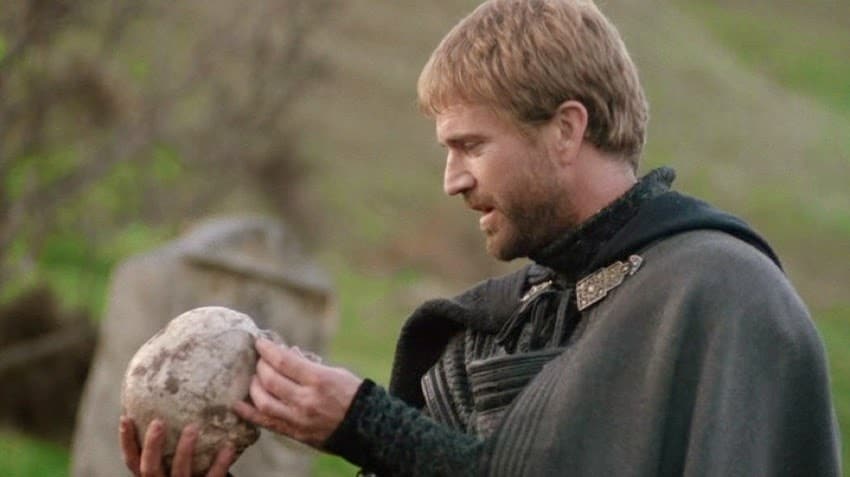 I’ll admit it, I’m a genuine sucker for Shakespeare.  Whether it’s a Kurosawa riff on the bard’s best-loved tales (The Bad Sleep Well, Throne of Blood, Ran),  an inventive reimagining (Kenneth Branagh’s As You Like It) or one of the more faithfully translated versions of the man’s plays, these stories – and the elevated manner in which they’re told – never cease to impress me.  The 90’s gave us two of the best Hamlets ever committed to film, and although Mel Gibson’s version was clearly the lesser of the two films, it is no less a seminal feature from the year it came out.  Especially given the tiresome route his career would eventually go, it’s genuinely remarkable to watch the actor work with such powerful material (certainly making it the best-written movie he’s ever been in). 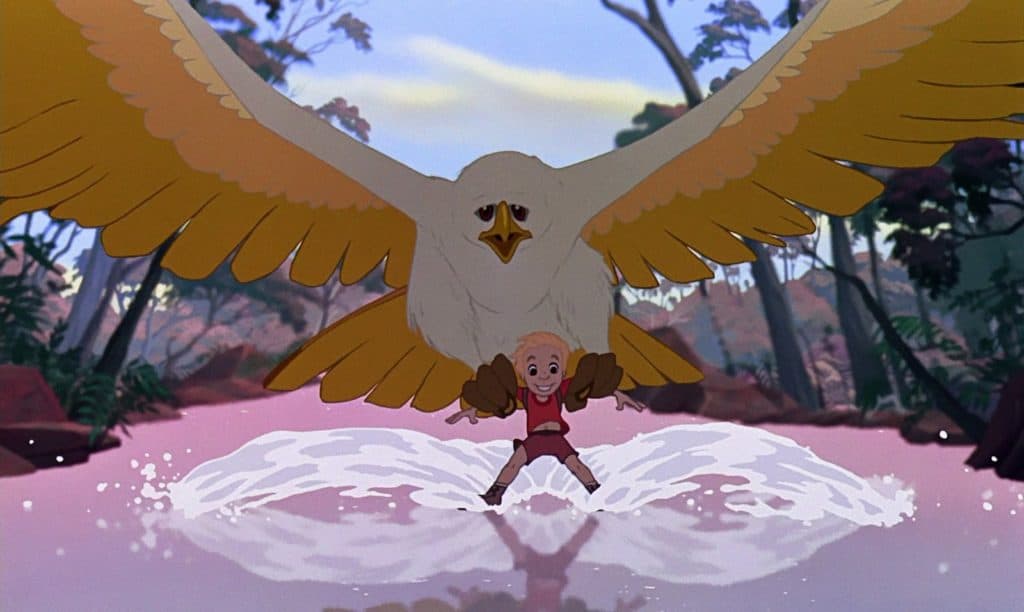 5. The Rescuers Down Under

One of the forgotten films of the famed Disney Renaissance, The Rescuers Down Under is the belated sequel to the painfully boring The Rescuers (1977).  As of the opening moments of the follow-up, however, it is obvious that these aren’t your parents’ Bernard and Bianca.  Its action-packed script, vividly brought to life via its exceptional animation, sees an adventurous boy rescue a Tolkienesque eagle, soar over the picturesque outback and then be captured by a gravelly eagle poacher.  Scenes of Indiana Jones-inspired adventure are broken up with some solid slapstick (provided, in no small part, by the late, great John Candy), making it a genuine and surprising high point in animated family features. 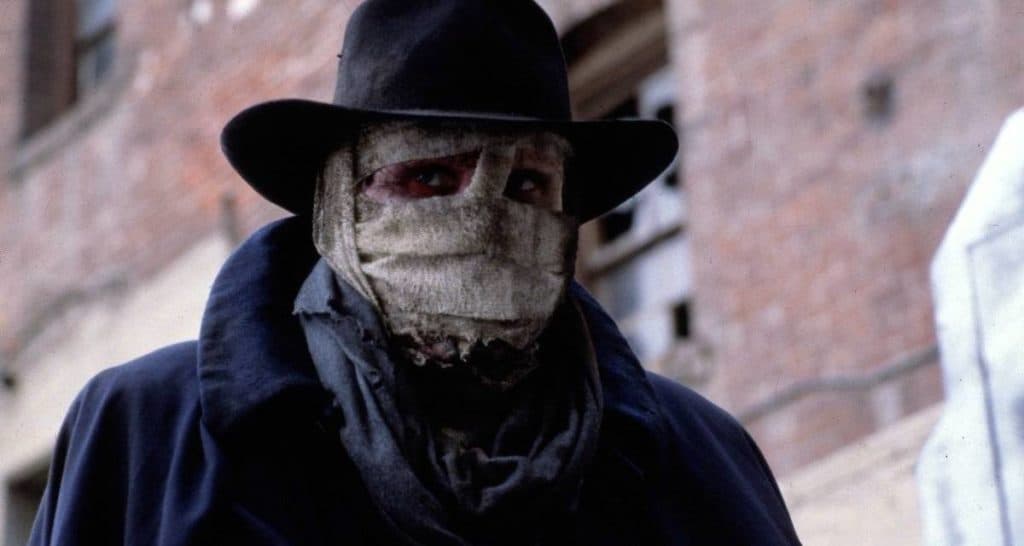 Necessity really is the mother of invention.  When George Lucas failed to secure the film rights to Flash Gordon, he went ahead with his own idea inspired by that sci-fi franchise, eventually producing Star Wars (1977).  As it turned out, the same thing happened to Sam Raimi when he tried to secure the film rights for Batman ahead of Tim Burton’s celebrated film adaptation of the same.  And, just like Lucas before him, he doubled-down on what he could do and made a movie out of that.  The result was Darkman, an enduring cult classic in which a pre-Taken (2007) Liam Neeson plays the title role of a brilliant scientists beaten and left for dead by a murderous band of mobsters,  Horribly disfigured and unable to feel pain as a result of the attack, he uses his research into prosthetic skin to disguise himself (if only temporarily) and get revenge on the men who stole his happy former life from him.  It’s a glorious, gruesome pairing of Batman and the Phantom of the Opera, with A-tier makeup effects, a tremendous cast and every dark and dirty flourish you’d expect from a director like Sam Raimi. 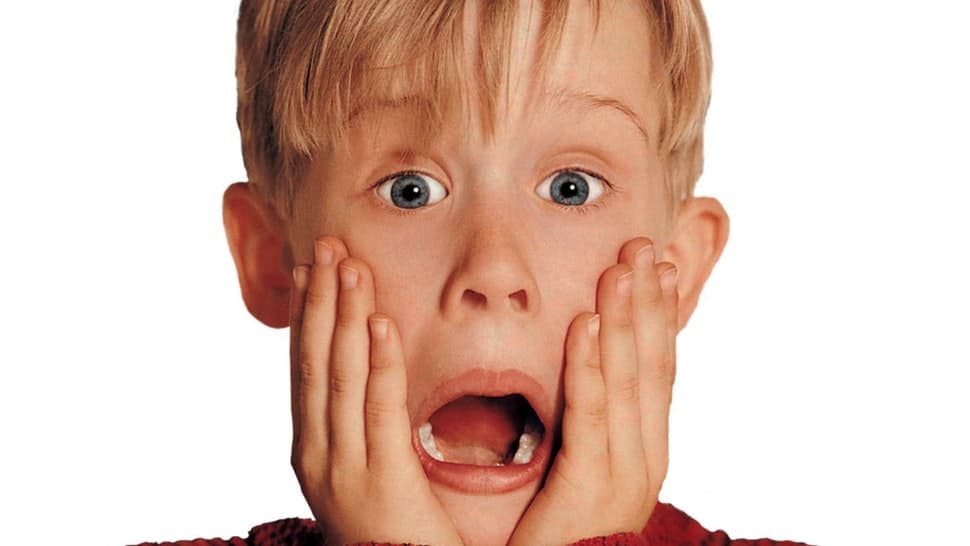 I’ve said it before and I’ll say it again: most Christmas movies are downright unwatchable.  Cloying, saccharine and aimed squarely at the lowest common demoninator, what should be fertile ground for exploring fallible characters and intimate relationships so often ends up as some half-hearted attempt to separate a happy family from some hard-earned money.  And when you combine that seasonal tendency with the progenitor of the precocious kid movies that quickly took over the 1990s (movies like Baby’s Day Out, Blank Check and Remote), it should have been one of the worst movies of the decade.  And yet, Home Alone is easily one of the best.  The slapstick is constrained to just the third act, with the majority of this comedy’s humor coming from the mundane antics of a kid left home alone for an extended period of time.  And, taking a page from the likes of Shane Black’s book, the movie uses its whacky premise to explore the deep-seated emotions that drive its characters: not just Kevin nor his family, but even his lonely neighbor who can’t quite bring himself to reconcile with his son until Kevin offers him some helpful advice. 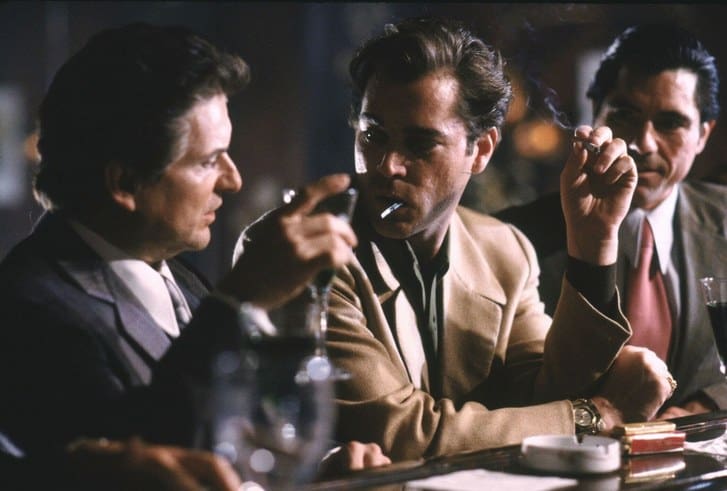 Martin Scorsese has long been known as the undisputed master of gangster filmmaking.  From early efforts like Mean Streets (1973) to later refinements like Casino (1995), from the movie he actually won a long-overdue Oscar for, The Departed (2006) to the upcoming Netflix original The Irishman (2019), much of the man’s career has been build on this uniquely Scorseseian obsession.  In fact, it’s rather safe to say that Goodfellas is damned near the more quintessentially Scorsese thing that Scorsese ever actually made: from its love-hate depiction of organized crime, stylized narrative and illicit set pieces, it captures in two and one half hours seemingly everything that Scorsese has been trying to say for the last forty-odd years. 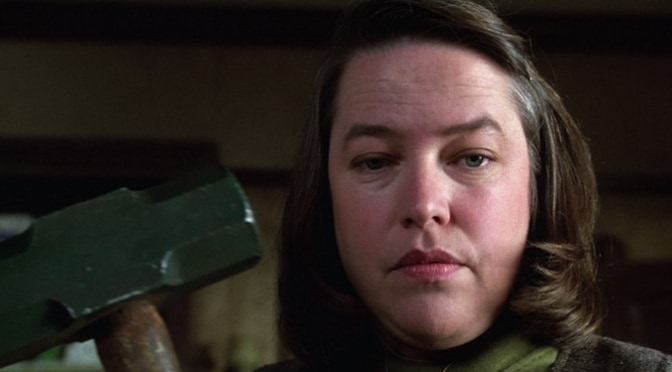 In terms of adaptations, Steven King is extremely hit-and0miss (in no small part because he is utterly mercenary when it comes to the film rights to his stories and will happily unload them onto the highest bidder).  This means that for every It (2017) we get, there’s also an It (1990); that sometimes you get prestige dramas like The Shawshank Redemption (1994) and other times you wind up saddled with a gruesome mess like The Dark Tower (2017).  Misery, made from one of King’s more questionable compositions, is thankfully one of the good ones: elevating its sordid tale of fan obsession into a white-knuckled horror story of the fame and isolation.  Justly considered one of Kathy Bates’ best performances, and unquestionably one of the best horror films of the decade, Misery reminds us of just how good big screen King can be when the right people are put in charge of the film.