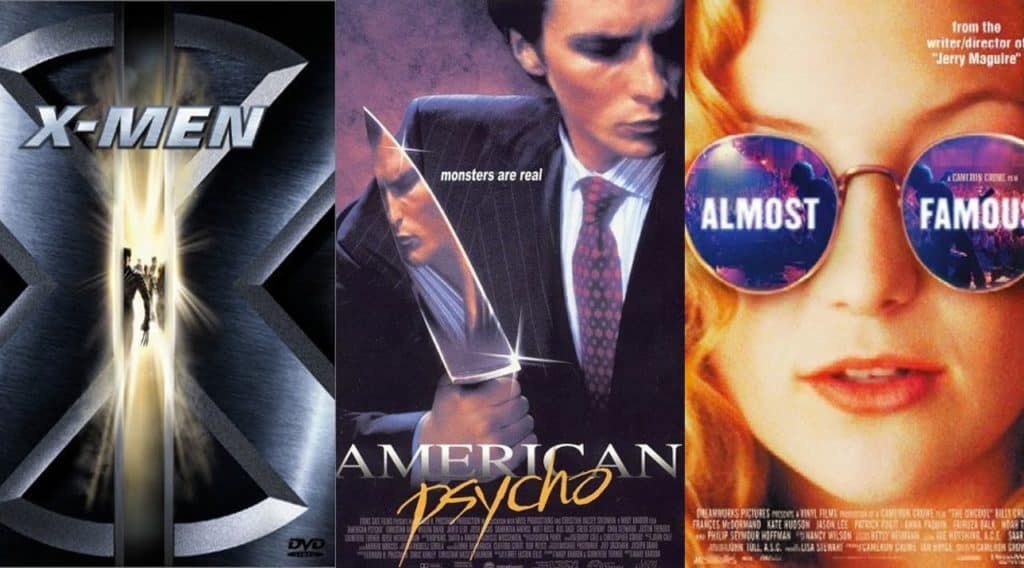 Unlike the previous decade, which dragged its feet on deciding what it wanted to do with itself until well over halfway through its tenure, the aught-years of the 21st century came online seemingly immediately.Â  The international film scene, which had been percolating intensely under the surface of Hollywood for years, exploded onto the cinematic scene more bombastically than at any other point in the medium’s history except, maybe, for the golden years of the 1950s.Â  Gone were the do-it-yourself indies and cloyingly Academy-friendly middle-brow dramas of the previous decade — at least, that is, from the upper echelons of the critical discourse — all of which had made way for a new and interesting kind of film that we hadn’t yet learned how to categorize just yet. 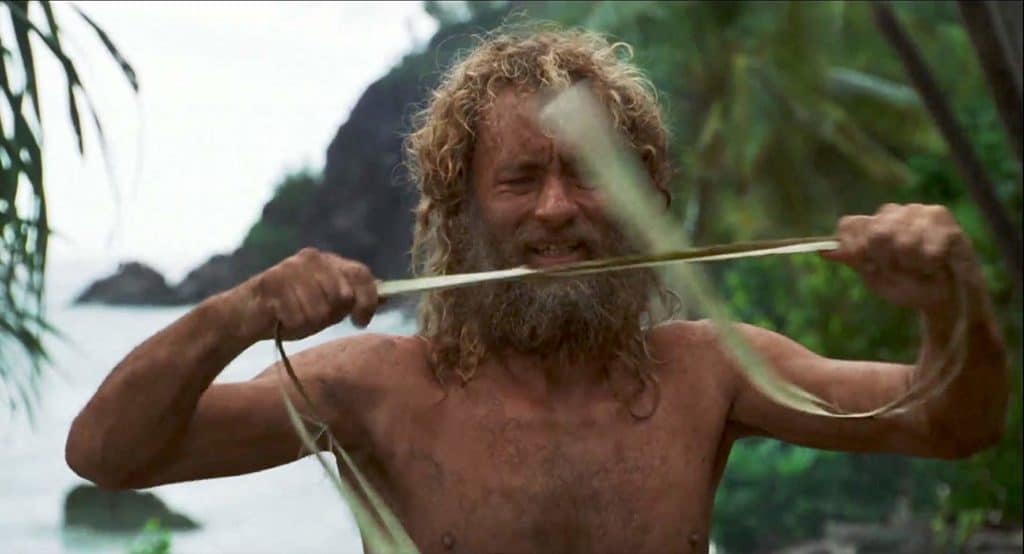 The one movie on this list that feels as if it could have been made in the preceding decade, the crowd-pleasing Castaway was never any more ambitious than letting a really, really good actor play against himself for nearly the entire runtime of the movie.Â  It’s a simple trick, but one that time and time again has proven to be effective on the big screen.Â  Starting a cinematic tradition that would include movies as diverse as Moon (2009), All Is Lost (2013), Locke (2014) and The Martian (2015), this lonely man drama proves that talent will always rise to the occasion if simply given room to explore the material it’s given to work with.Â  And, lets face it, talent hardly comes in greater abundance than it does with Tom Hanks. 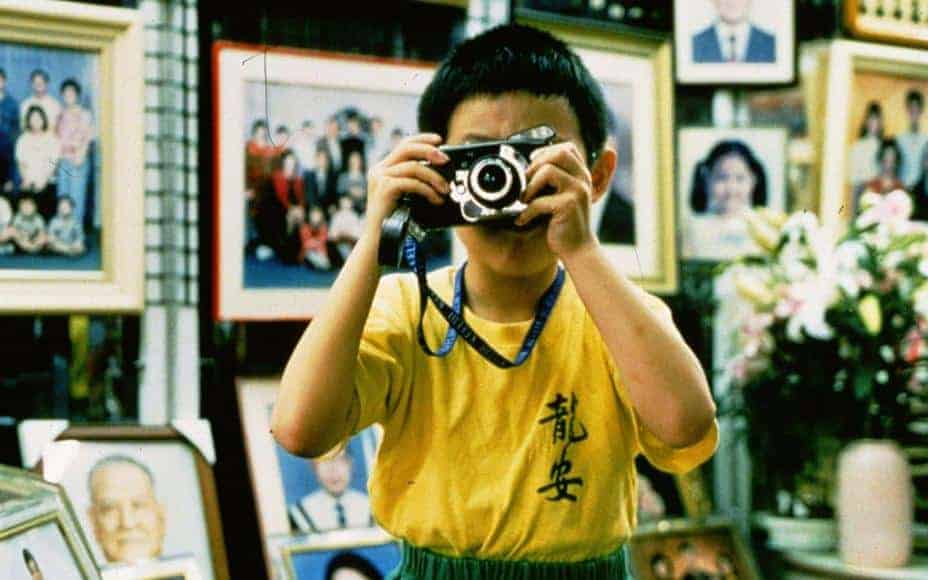 I first saw Yi Yi after the BBC named it the eighth best movie of the 21st century back in 2016.Â  And although I loved discovering Mulholland Drive (2001) and A Seperation (2011) from that same list, Yi Yi fell a little flat for me; it was just the same far-flung melodrama that I’d seen so many times before and I hardly saw what elevated this one above the others.Â  So I put the movie down and walked away.Â  Days and weeks passed, and later months, and despite my misgivings I still found myself coming back to this movie again and again.Â  While the movie hardly leaves much of an impression in the moment or on the first viewing, it’s the kind of hypnotic narrative that works its way into your brain and festers there long after the credits roll and the house lights turn on.Â  Much more than the sum of its parts, this intimate portrait of Asian family life can only grow further in estimation as time goes on and more people are afforded the opportunity to see and ruminate over it. 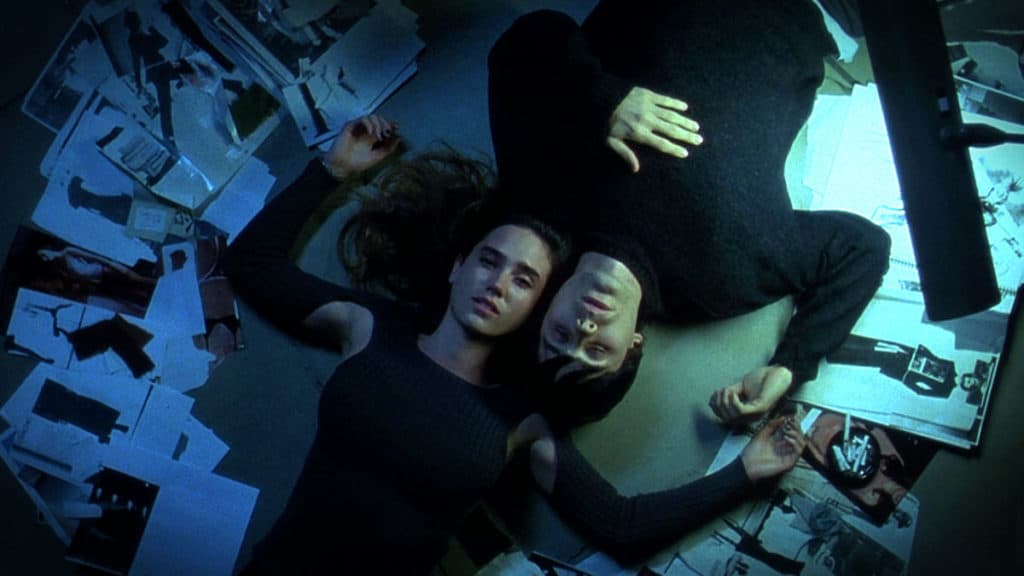 8. Requiem for a Dream

While Yi Yi is the subtle constrictions of predatory wolf rounds around your brain, Requiem for a Dream carries all the nuance of a sledge hammer.Â  It’s message is simple, direct and frequently repeated, laid unflinchingly to bare for all to see in increasingly grotesque detail.Â  A worthy beginning for the now- much more refined Darren Aronofsky, it portends much of his work that was yet to come: unsubtle, but thoroughly, unflinchingly and masterfully done in every way.Â  And to the parents in the room, if you show this movie to you kids, you’ve pretty much guaranteed to cure them of any lingering desire to do drugs ever again (that does for Tylenol too). 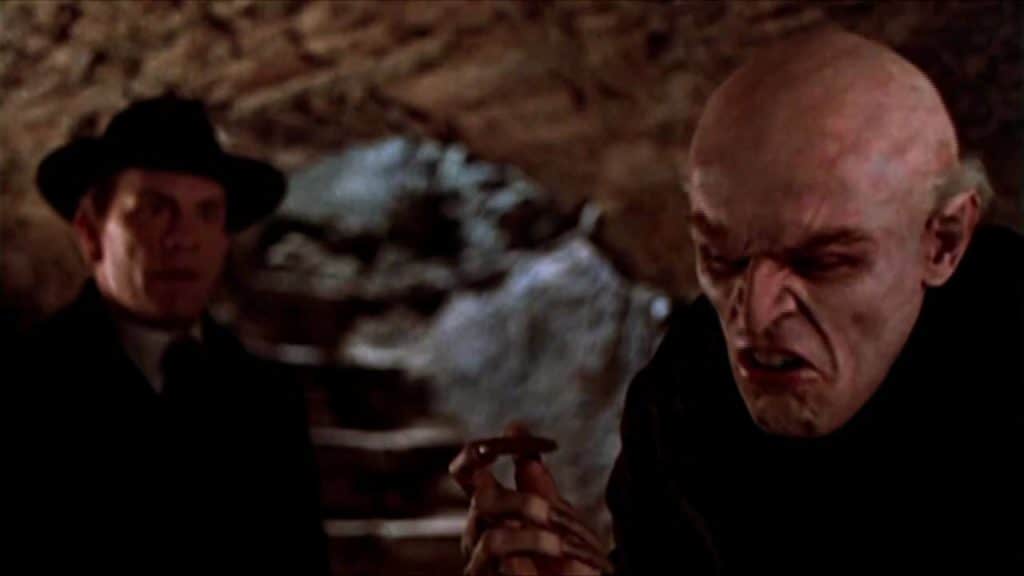 7. Shadow of the Vampire

Nosderatu was a landmark film in a number of different ways.Â  It was the first adaptation of Bram Stoker’s celebrated novel.Â  When the author’s widow caught wind of this illicit adaptation of her late husband’s work, all copies were ordered to be destroyed, so we only have what copies we do due to shear, miraculous happenstance.Â  It was also one of the first instances of method acting for the screen: a process that was so poorly understood at the time that rumors circulated that the actor playing the film’s titular villain, Max Schreck, was an actual, factual vampire.Â  He refused to eat with cast members, avoided sunlight and only ever appeared both in costume and in character.Â  Shadow of the Vampire runs with that outlandish precept: setting itself up as a making-of biopic only to pull the rug from underneath the audience by positing that director F.W. Murnau filmed an actual vampire exsanguinating his newly victimized actors.Â  It’s a wild ride, and the innately creepy Willem Defoe is perfectly cast in the otherworldly role of Shreck / Orlok.

Superhero movies used to be a very different sort of beast than they are today.Â  Before the Marvel template became the default for the genre, there was so much more freedom to make different kinds of caped crusader movies: to view them through the differing lenses of style and genre.Â  And though I love every last thing that Marvel has done in the decades since its debut, looking back over movies like Unbreakable make me long for a time when there were so many less expectations on this kind of movie: where Earth-shaking experimentation was still possible on an industry-wide scale.Â  And unlike most movies from the era (and most Shyamalan movies from any era), this one has held up astonishingly well over the years and over repeated viewings.Â  If anything, it’s only gotten better with each passing year. 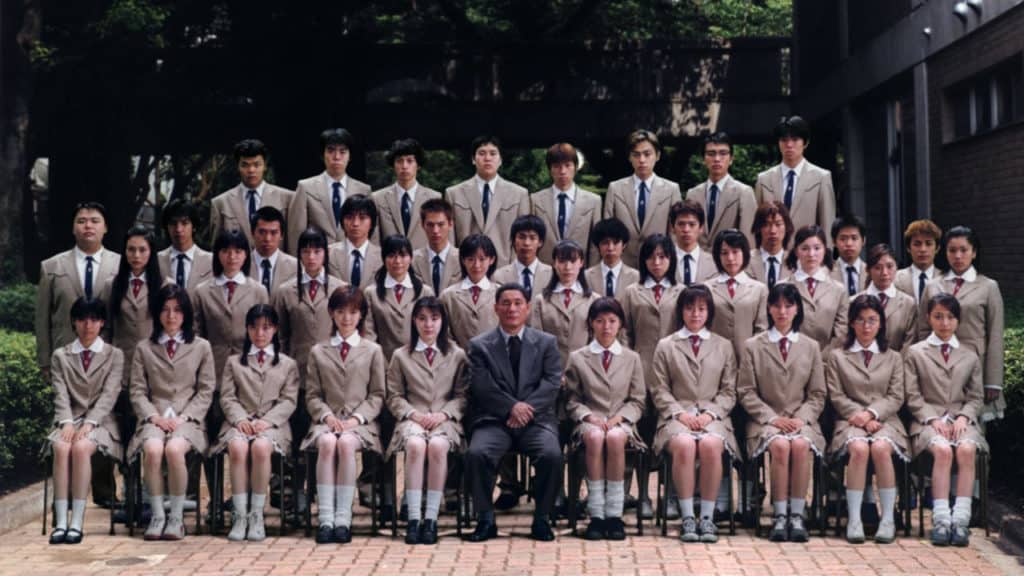 Like Cube (1997), the madcap Battle Royale explores a Kafkan nightmare of authority gone horrifically wrong.Â  Taking the intimate world of high school lunchroom politics and exploding it out onto the global stage, it is nothing more or less of an indictment of the generational gap that was tearing Japan apart throughout the 1990s.Â  And while the movies and books it inspired, most famously The Hunger Games, add fascinating twists to this original blueprint and are more than worthy successors to it in their own right, nothing quite beats the bizarre logic and outlandish excess of the movie that inspired them all. 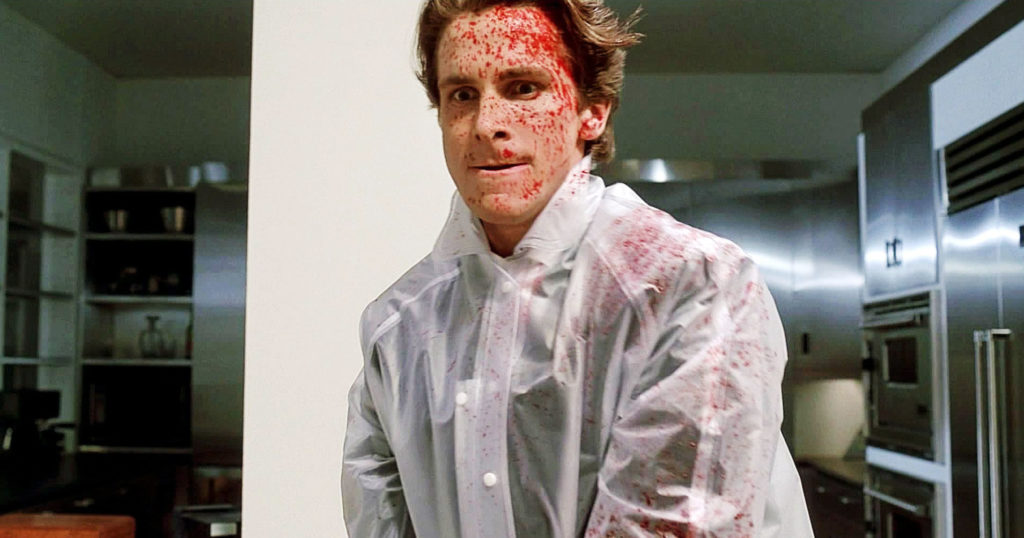 Speaking of outlandish excess, there is also the insane matter of American Psycho to contend with.Â  Adapted from a Fight Cub-esque treatise on toxic masculinity, misogyny and Wall Street hedonism, it tells the chilling story of Patrick Bateman, whose psychotic point-of-view lays bear everything seedy and grotesque about 1980s America (and, by extension, 2000s America as well).Â  Better written than it has any right to be and perfectly realized by its impeccable direction (and its subsequent female-oriented take on the material), it’s a horrific update to the events of Wall Street (1987) that should satisfy fans of horror and inside financing alike. 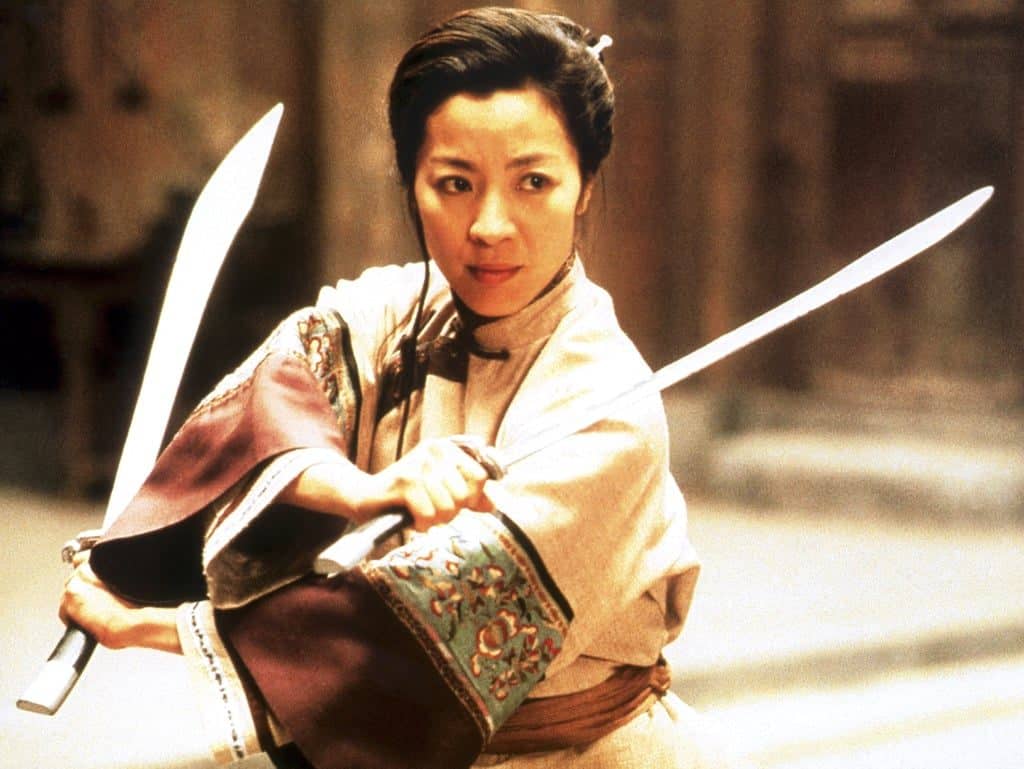 For a while there, it looked like Wuxia — the Chinese genre of operatic martial acts action — was going to break out in a big way in the West.Â  With the groundwork laid by the impeccable Crouching Tiger, Hidden Dragon, movies like Hero (2002), House of Flying Daggers (2006), Curse of the Golden Flower (2006) and Fearless (2006) all made a sizeable splash on the America market, to say nothing of long-running and popular series like Kung Fu Panda and other Western-produced features.Â  And while some of those in many ways exceeded Ang Lee’s efforts here, most did not, by and large because of how carefully attentive to narrative and compositional details that same director was in this film.Â  It is a thrilling, fist-pumping good tie that was likely the gateway drug to the wider world of foreign cinema for many American audience members.Â  And given just how good this movie actually is, they could hardly have hoped for a better introduction. 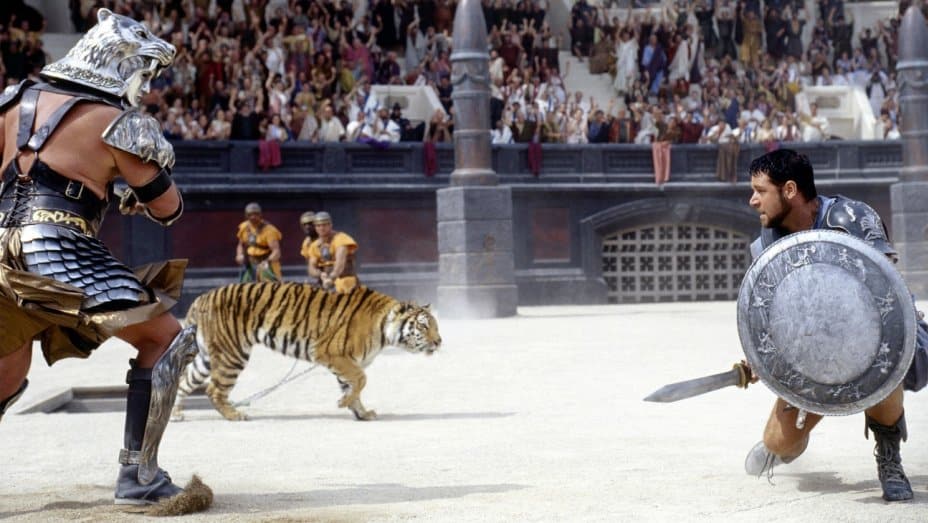 An interesting foil to the exotic Crouching Tiger, Hidden Dragon, Gladiator in many respects acts as its Western equivalent.Â  A sweeping and action-packed epic set in ancient times and following the revolutionary battles of its almost superhuman protagonist, it’s no stretch to see why both movies would become so heartily raised up from amongst the rest of the year’s offering.Â  Similarly, both resoundingly succeed at being the exact kind of movie they wanted to be: a higher-minded epic, an opulent action flick and emotional final arc for battle-hardened warriors whose long and fortuitous lives must finally come to an end. 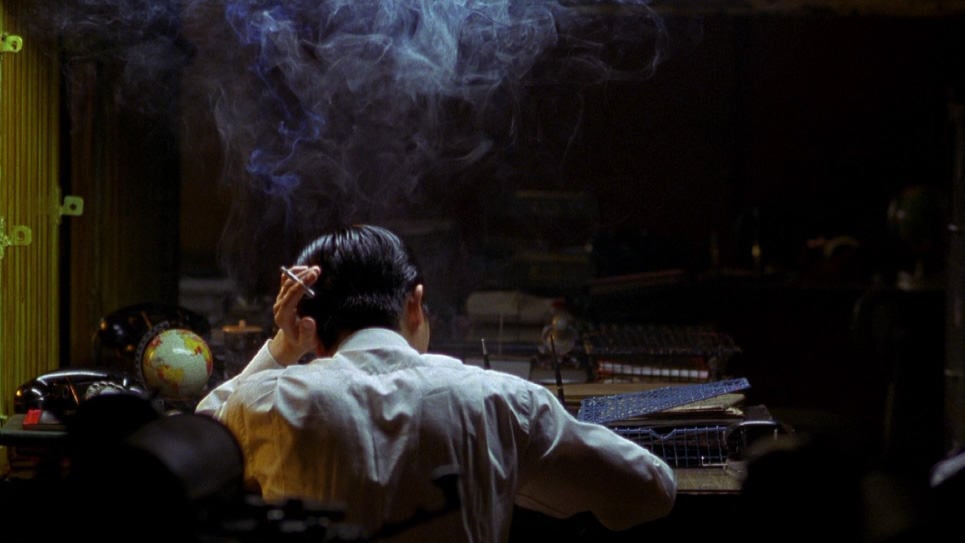 On the exact opposite end of the spectrum relative to those two movies, however, is the actual best movie of the year (and often-cited best movie of the century), Wong Kar-Wai’s star-crossed anti-romance In the Mood for Love.Â  This isn’t the first we saw of Kar-Wai: he showed up in the 1994 countdown for his seminal Chungking Express (1994) — a movie so unrepentantly good that I made a point for it to be the last thing that I saw on FilmStruck before the streaming service finally shuttered late last year.Â  Understand, then, that while that film was a capstone achievement in global cinema, In the Mood for Love is nothing short of Zen perfection: a meticulously composed send-up of the eternal aching of the Human heart and all the loves we left unfulfilled.