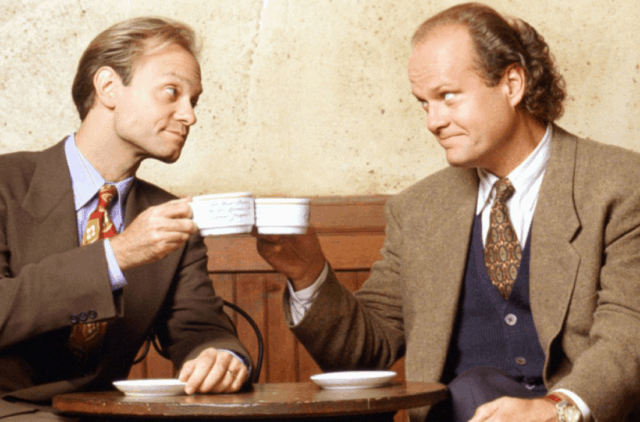 There were moments during Frasier during which you wanted to laugh and laugh until tears fell from your eyes and your jaw began to ache. Then were moments when you wanted to grab Niles by his scrawny neck and see if he made funny noises if you shook him back and forth. And of course grabbing Frasier by those tufts of hair and swinging around was tempting at times. Was there really anyone worth watching on this show that wouldn’t make you feel bipolar? Ah yes, Roz. But then again, she could cut you to pieces with her tongue.

It wouldn’t be the worst way to go. 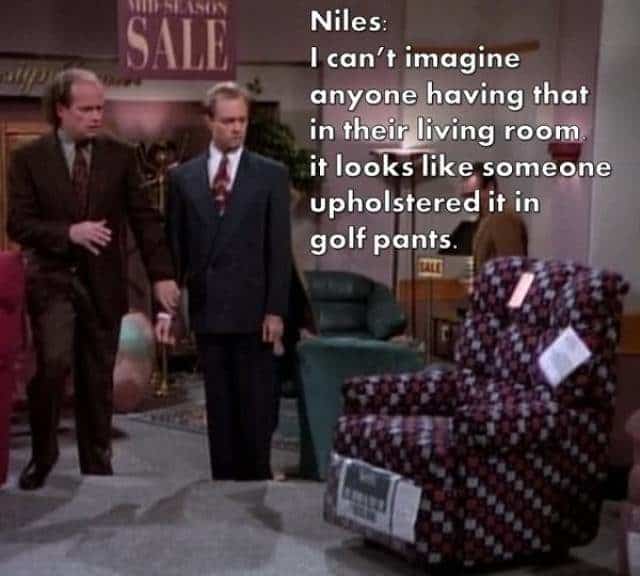 You’re so right, the duct tape and broken down, beat up appearance is so much better, at least your dad thinks so. 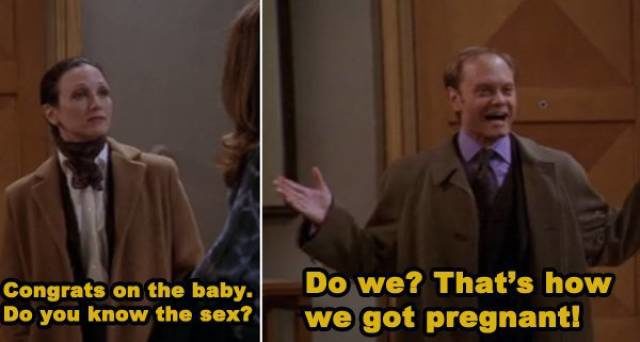 I have always had trouble that Niles Â knew anything about sex outside of a biology lesson. 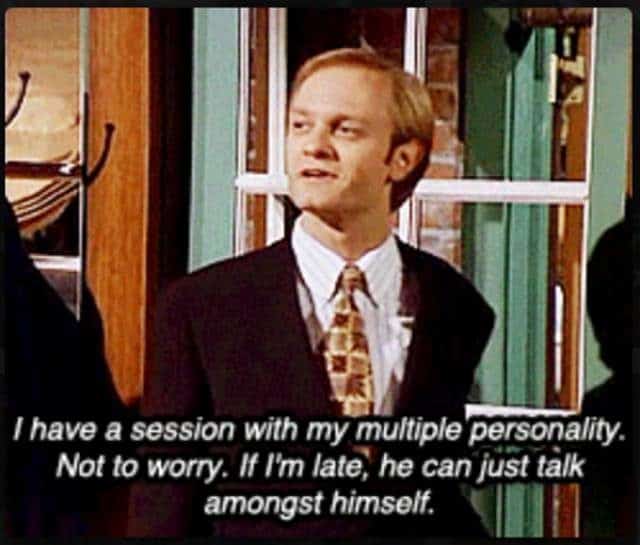 Sometimes the best conversations are those you have with yourself. 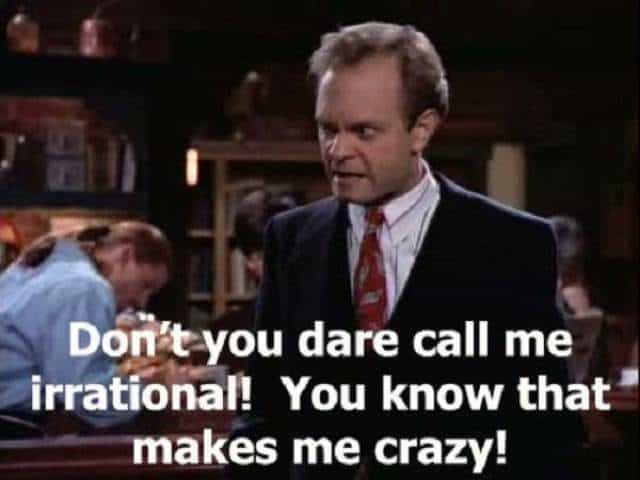 It’s like jumping in the bay and getting mad because you’re wet. 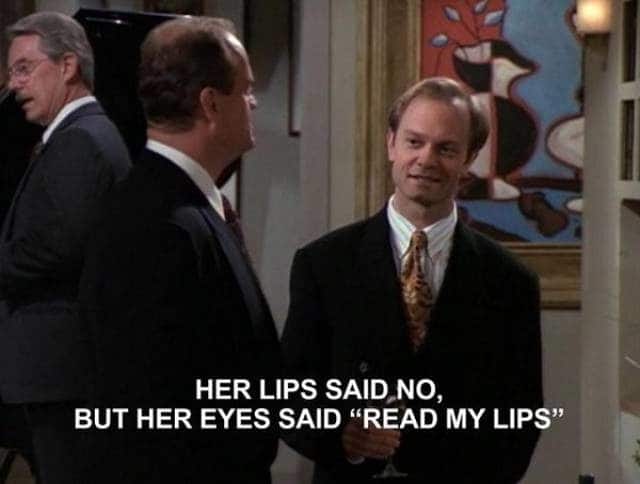 In case of confusion always resort to rule number one. 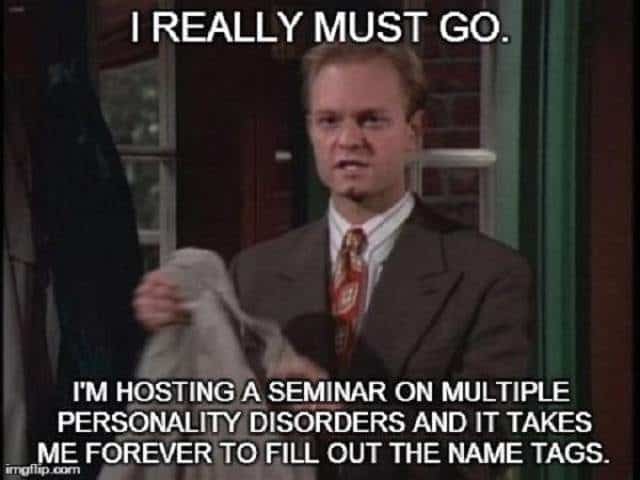 You only hope that all of them decide to show up and aren’t plotting to get rid of the host personality. 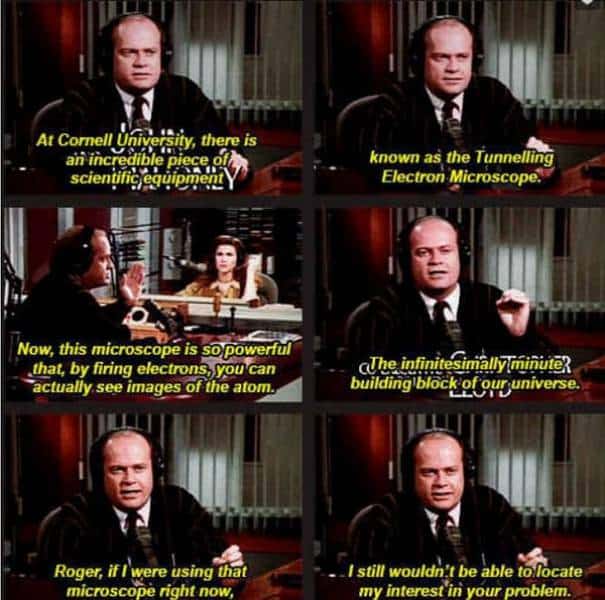 That’s okay, given a few years it might take that same microscope to find what’s left of his hair. 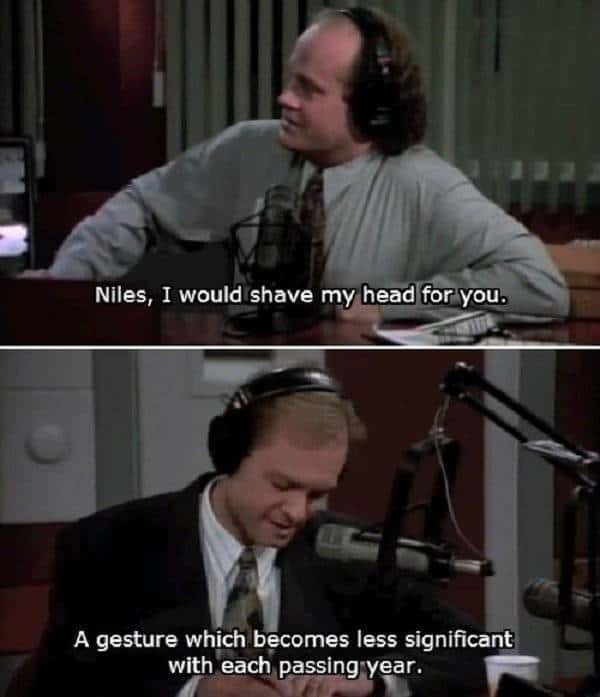 Really, Frasier seems to be losing a war of attrition against Father Time and Mother Nature. 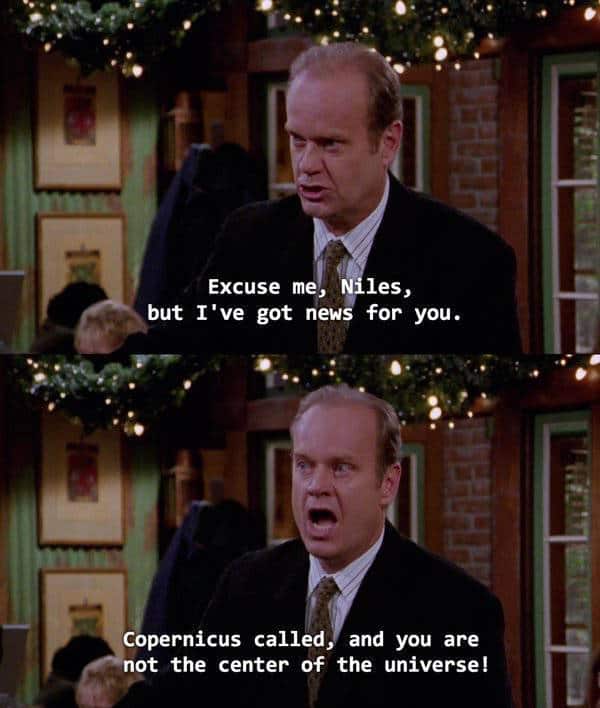 Well now that’s a bit harsh. Maybe he’s the center of HIS universe. Ever think of that?

Throw a bottle of wine at him, I’m sure he’d be all over that like an outfielder running after the game-winning out.

I’ve seen supermodels that have thicker mustaches than Niles has ever had. And they’re still sexier. 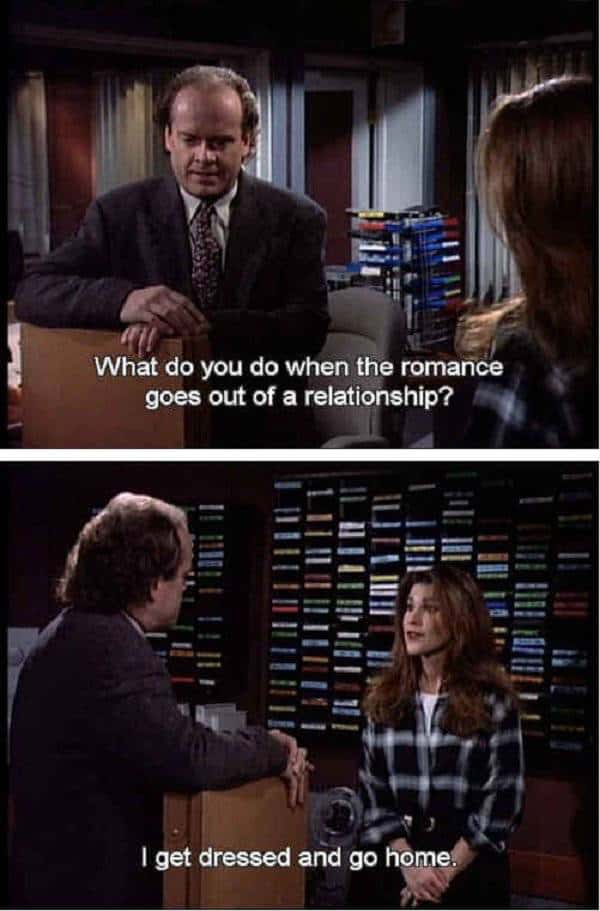 The one night romance, Roz should really market that gimmick. She’s had plenty of practice. 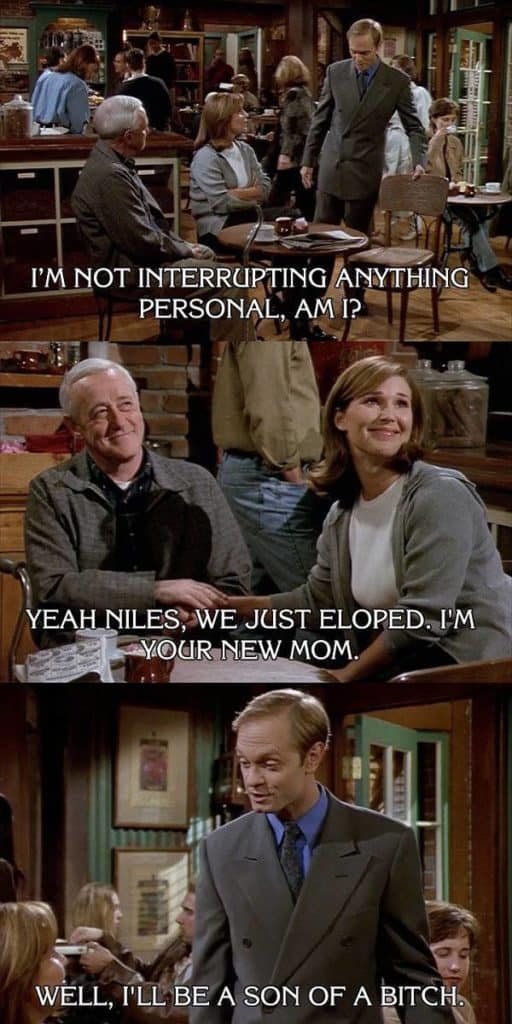 There are no words, I was just kind of waiting for Roz to kick his butt on this one. 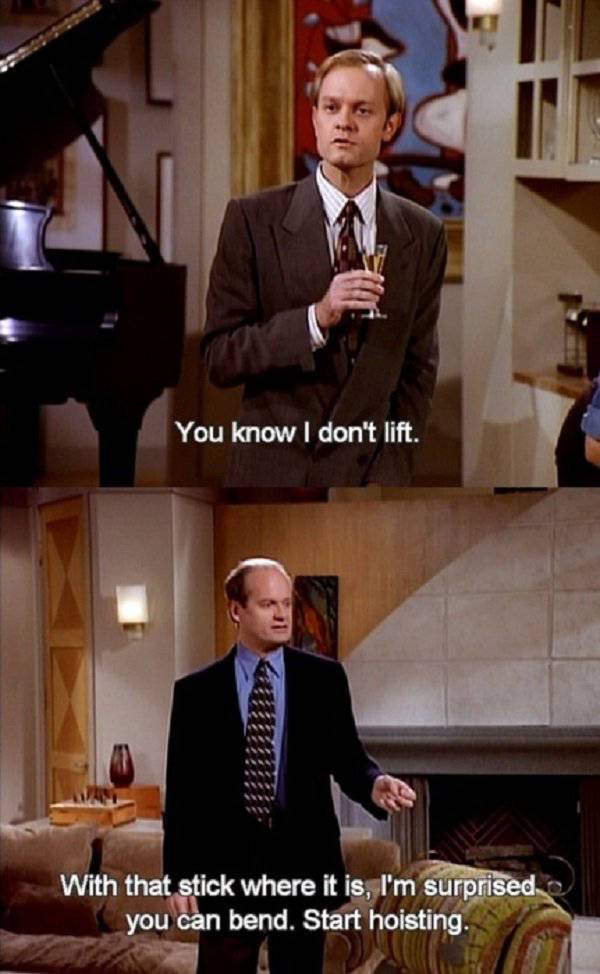 If either of the Crane brothers were to bend over it would be the most awkward moment in the history of television. If you don’t get the joke then I really can’t help you. 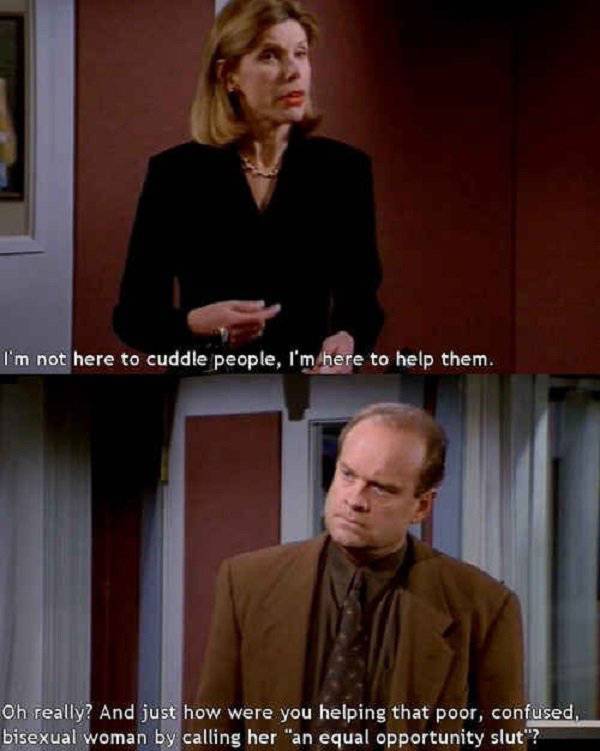 Is this feminism at its best or its most neutral state? 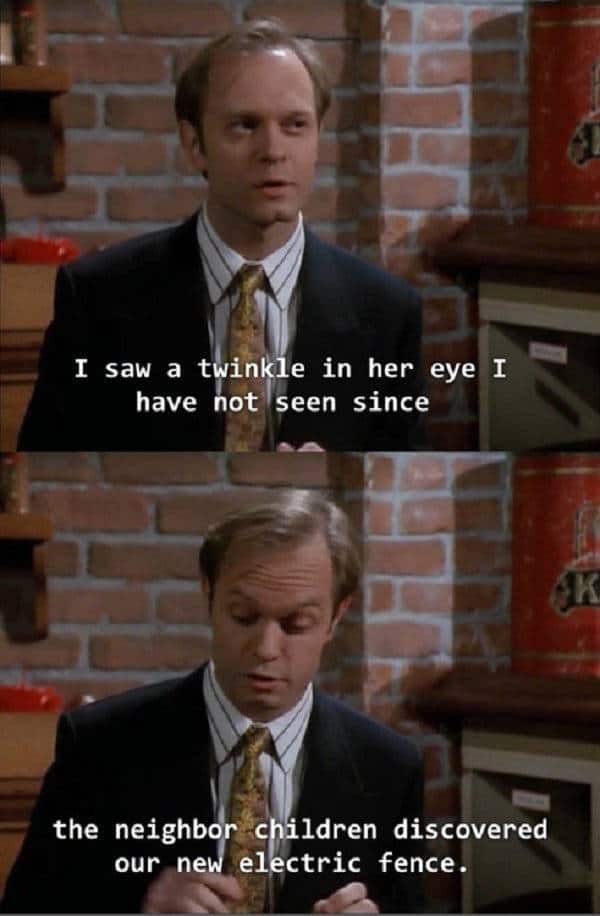 Yeah. That wasn’t a twinkle, those were sparks shooting from their teeth. 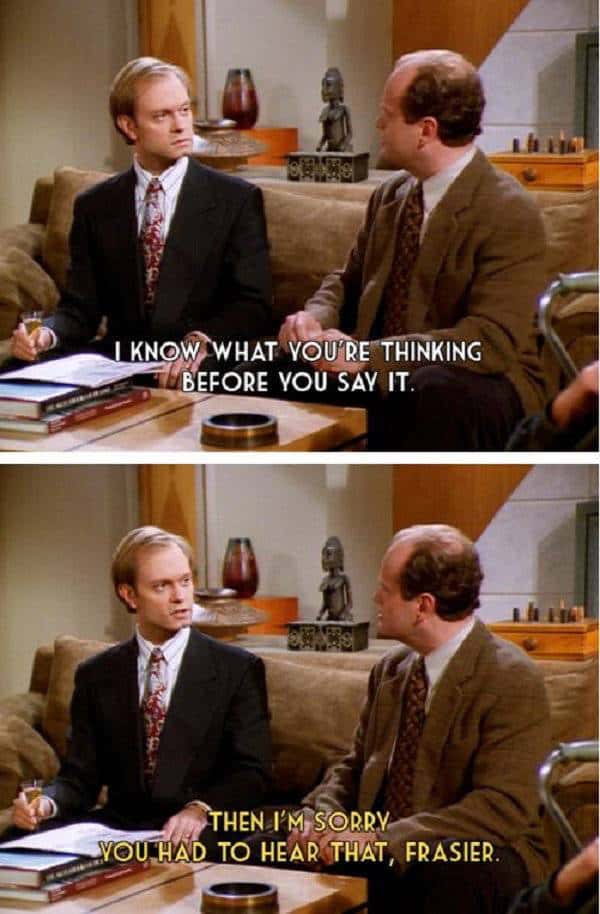 Now if only Niles knew what Frasier was thinking, he might know to get up and move way at that point. 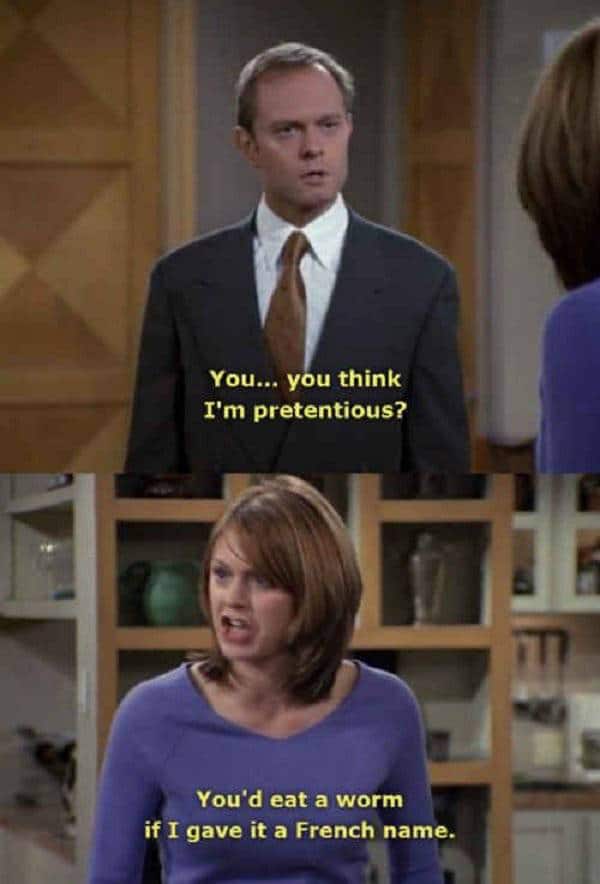 Why not? They already eat snails, I’m sure they could come up with a good name for a nightcrawler. 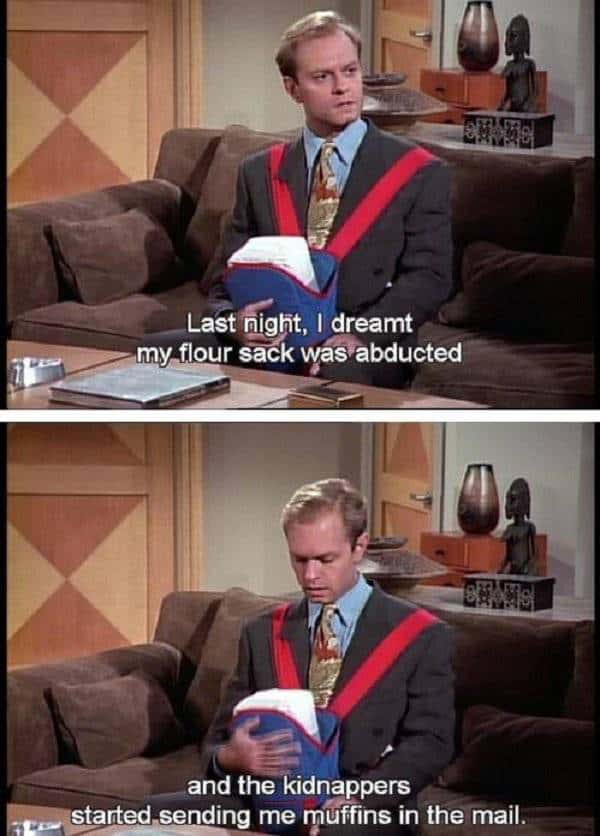 That might have been a thank you rather than the morbid thought you were having. Strangest abduction ever. 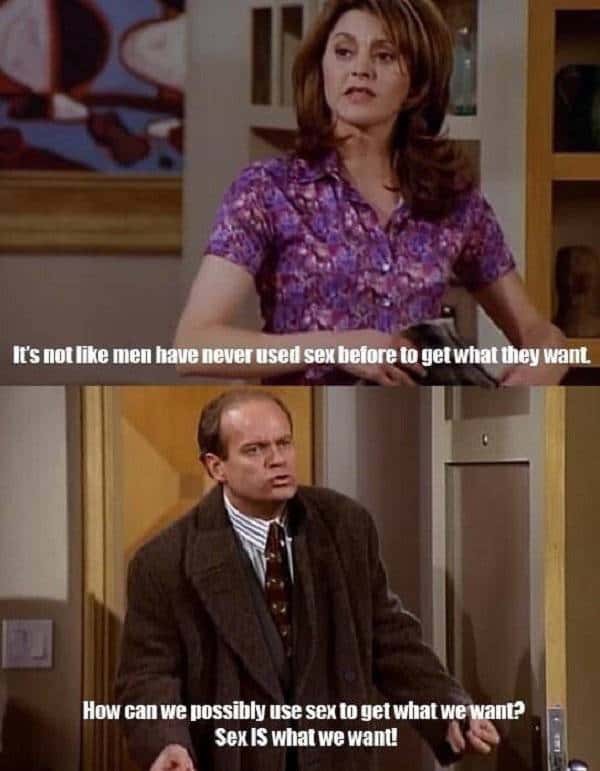 Yeah, men using sex as a weapon isn’t really that effective. We can’t withhold it without hurting ourselves so what’s the point?

Ride that pony to the bitter end. Falling off would be a lot easier it seems. 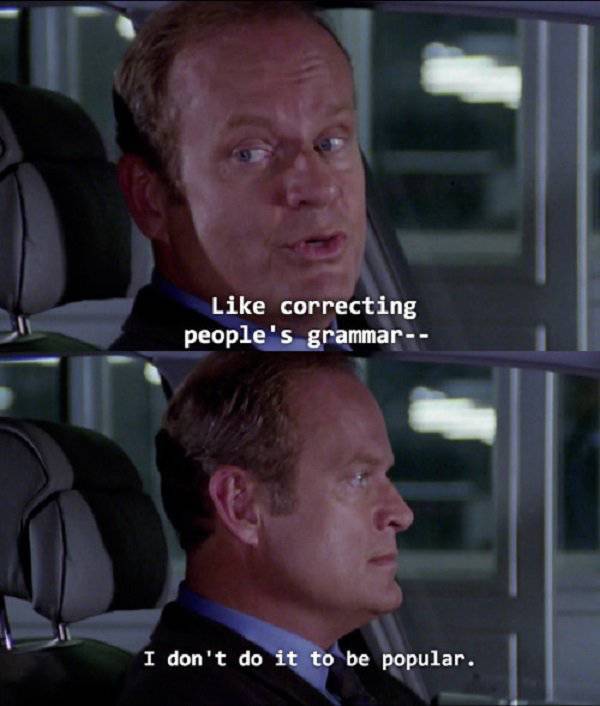 No. No you certainly do not. And yet somehow you got your own show out of it.

Okay, so he was funny, and so were the rest of them.