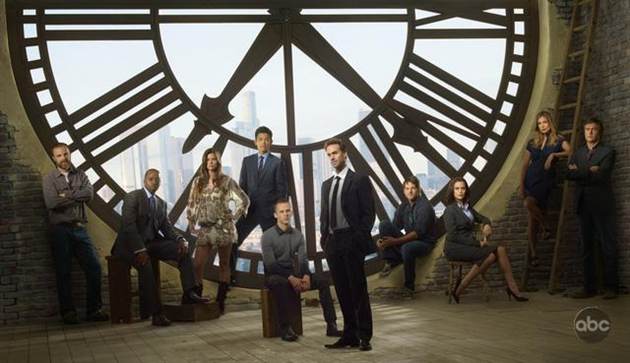 What if you saw your future 6 months from now? A glimpse of where you will be and who you will be with. Would you look forward to what was coming…or would you try to stop it?

A mysterious global event causes everyone to black out simultaneously for two minutes and seventeen seconds, and each person sees a glimpse of their lives six months from now. When they wake up, everyone is left wondering if what they saw will actually happen.

Los Angeles FBI Agent Mark Benford (Joseph Fiennes) is desperate to uncover why this happened and who or what is behind it. And he’s not the only one. Before long, everyone starts asking, “What did you see?” As Mark and his team struggle to figure out what caused this bizarre event, they begin to piece together the future by creating a huge database of people’s flash forwards from all over the world – The Mosaic Collective. No one knows what these flash forwards mean or exactly what the future really holds. But it is clear that across the globe people who’ve never met will somehow be intimately connected and will have an impact on each other’s lives in the next six months. Some will fear what’s coming, others excited; but not a single person will be unaffected.

What We Say: FlashForward could easily be called the most talked about drama or even series coming this fall. Is it well deserved? Well the series is big in the sense that the plot is global, and it does have a central element of mystery, but it is not a “Lost.” The show can allow anybody to jump in at any point though you might not get the progress of all the story right away each episode will feature one story similarly to FOX’s Fringe. But that is not to say that you should not watch EVERY SINGLE EPISODE.

The pilot is very, very good and has this epic, movie like feel to it that gets you right into the series and captivates your attention. The cast features a eclectic bunch like Sonya Walger, Jack Davenport, and Dominic Monaghan.

ABC is going big this fall, and it should definitely pay of with this one. A must watch on 9/24/09.