Home
Once Upon a Time
2017 Mother’s Day Awards: This Year’s Worst TV Mothers

Happy Mother’s Day to all the wonderful mothers out there. For all your sacrifices, for all your patience, and for all your love, we hope you enjoy a day specially dedicated to all you do. There aren’t enough words to describe the impact a mother has on her child. Unfortunately, not all mothers are created equal. Some women’s actions prove they do not possess the qualities of a great mom, and this year had some good television examples. So as you sit down at brunch or dinner to share a meal with your mom, or for those whose moms have passed and are always in your hearts, we’ve created a list of Grade D moms who make us grateful for the ones we have.

-The Black Fairy, Once Upon A Time (ABC) 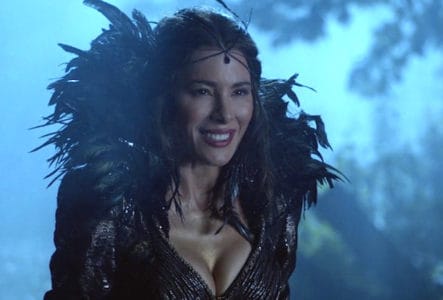 Fairytales have a long legacy of bad mothers to match the good ones, but even on Once Upon A Time some of the cruelest villains loved their children. Then we met the Black Fairy, Rumpelstiltskin’s mother. Eventually we found out that the reason she became so evil was to protect her son. However, how much of a mothering instinct could she have had in the first place if she was stalking all newborn babies who could have been prophecied to go to war with her child? We see the horrible effect she had on her grandson, and no matter how many times she proclaimed to love her child, we’re hard-pressed to believe her. 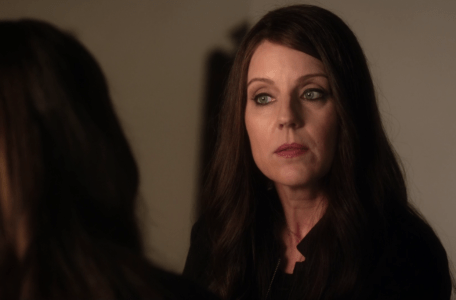 To be fair, Mary was never given the chance to be a good mother. Her sister ripped her children away from her by brutal force hours after they were born. We’ll never know what Mary could have been if she’d been given the chance to love her children, or at the very least have them know that she existed. Both Charlotte and now Spencer’s lives would have been a lot calmer had that happened. Charlotte would never have gone on the rampage that she did if she had known she had another mother out there who might have accepted her. Nevertheless, Mary has a screw loose. She is obsessive on a good day, psychotic on a bad one. Reentering Spencer’s life now hasn’t helped anyone. Plus, what kind of mother chooses to reveal that kind of truth when her daughter has just been shot? 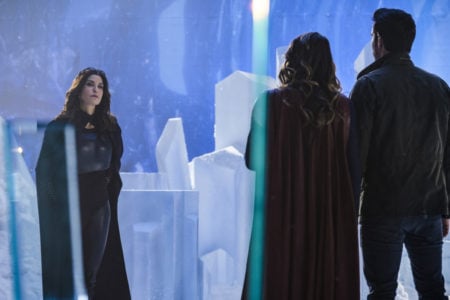 When evil dictators try to play Mommy. Maybe Rhea was a good mother once. Perhaps amidst all of that oppression she inflicted on her subjects, she was a genuinely affectionate mother. We can safely say that is no longer the case. She has no respect or love for her son. The only reason she wanted to find Mon-El was to find her planet’s prince, someone to carry on the lineage. She killed her child’s father when he wanted to respect his son’s wishes, and has since gone behind Mon-El’s back to force the issue and take over Earth. I would hope that they don’t have Mother’s Day on Daxum. 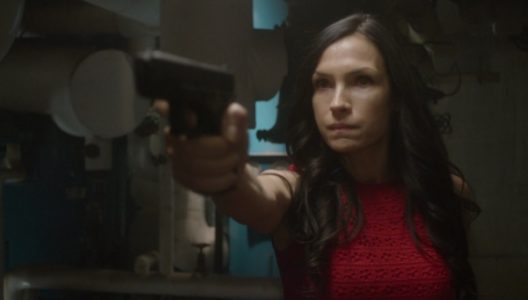 Though we learned at the end of the now defunct Blacklist spinoff that Scottie is indeed innocent of criminal wrongdoing, that doesn’t mean she’s an innocent mother. She had to harden herself after her son went missing because she would have never been able to survive otherwise. Everything that happened after that was not her fault, including not recognizing her own son when she met him. However, she did point a gun at his head and had him tortured after she did find out. There had to have been other ways to sway his loyalty to her. 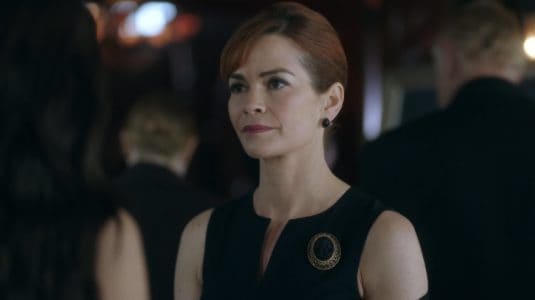 I hate to advocate this, but some women should never, ever have children. There is something seriously wrong with Penelope Blossom. What kind of a woman stays with her husband after he murders their child? She has been absolutely awful to Cheryl since Jason died, even driving her to attempt suicide! She cared more about her perfect image that the well-being of her children, which means she shouldn’t be allowed anywhere near her grandchildren. I really couldn’t care less about how Penelope feels about anything at this point, because watching Cheryl’s turmoil has been enough to prove that this woman is not mother material.

Count your blessings you don’t have any of these terrible mothers on this Mother’s Day.