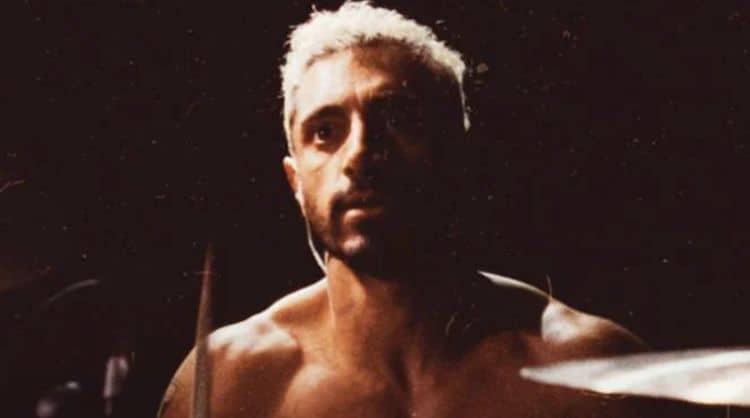 After a two-plus month delay the 2021 Academy Awards are set for Sunday, April 25. It is finally time to recognize the greatest performance among the best performers. This year will mark the 93rd award ceremony in Oscar’s history and features several historic award races. One of the most intriguing awards is for Best Actor in a Lead Role. The field is comprised of two living legends, two actors just entering their primes, and a legend whose prime was tragically cut short. However, not every role was as well received for these nominees as their performances from last year. Here are the 2021 Academy Award nominees for Best Actor along with their most underrated role.

The London born rapper and actor is nominated for the lead role in the American drama “Sound of Metal”. Riz, 38, plays Ruben Stone, a drummer in a hard rock band who suddenly begins to lose his hearing and his struggle to cope with that devastating realization. Ahmed’s Oscar nod is not only the first of his career; it made him the first Muslim ever to be nominated for Best Actor. But well before his history making nomination, Riz starred in a small English movie that remains one of his finest and lesser known performances. In the 2008 crime thriller “Shifty”, Ahmed dazzles in the title role. As a drug dealer, Shifty is dubious to say the least, but it is impossible not to like him. Riz portrays Shifty with such charisma that it makes him appealing, even when he is doing bad things. “Shifty” was filmed on a very low budget and was not widely circulated which helps explain its minimal notoriety, however, the film currently holds a Rotten Tomatoes score of 96%. It is one of Riz Ahmed’s first roles but the natural acting chops are unmistakable.

“Ma Rainey’s Black Bottom” is set in 1920’s Chicago in which Chadwick plays trumpeter Levee Green. After starring as real life heroes Jackie Robinson and Thurgood Marshall, in addition to superhero Black Panther, Boseman has been one of the most successful actors in Hollywood during the last decade. Sadly, his first Academy Award nomination is also a posthumous one. The actor died in August after losing his battle with colon cancer at the age of 43. Boseman will be remembered as a cultural icon but it is his portrayal of a musical giant that gets lost is his impressive body of work. In 2014, Chadwick played groundbreaking soul singer James Brown in the biopic “Get on Up”. As the legendary “Godfather of Soul”, Boseman brilliantly embodies Brown’s vigorous personality and somehow captures his explosive stage presence, including all of the dancing. However, Chadwick’s performance is better than the movie. “Get on Up” has a tendency to meander and as a result, its star is not featured as he should be. Less than two years later, the actor entered the Marvel Cinematic Universe and the memory of James Brown could not compete with the massive popularity of Black Panther. “Ma Rainey’s Black Bottom” is dedicated to the memory of Chadwick Boseman.

Sir Anthony Hopkins is the oldest nominee in the category at age 83 – and he keeps getting better. In fact, Hopkins was nominated for Best Supporting Actor last year for “The Two Popes”. His 2021 nomination is for the family drama “The Father” in which he stars as a victim of dementia fighting to retain his independence. The six-time Academy Award nominee is an icon of both stage and screen but it is a 2001 adaptation of a Stephen King work that is often forgotten. “Hearts in Atlantis” is equal parts coming of age story and cautionary tale. Sir Tony plays Ted Brautigan, the mysterious drifter who acts as mentor to an inquisitive, fatherless boy. The finest element that the enigmatic Hopkins conveys with this performance is his ability to interact with his child costars on their level without sacrificing the acumen of his character. He is a stabilizing influence but mysterious enough to allow for an interesting twinge of skepticism. “Hearts in Atlantis” showcases Anthony Hopkins’ textured versatility but like most of his roles, gets downgraded when compared to his timeless performance in “The Silence of the Lambs”.

The English born acting savant is nominated for his portrayal of real life Hollywood screenwriter Herman J. Mankiewicz. It is Oldman’s third such Oscar nomination in the last nine years. He took home the award in 2018 for his flawless depiction of Winston Churchill in “Darkest Hour”. Oldman usually gets top billing these days but it is a supporting performance from a 1993 film written by Quentin Tarantino that many fans forget about. “True Romance” is an epic tale of young lovers on the run. Although the film lost money at the box office, it has gained critical traction over the years and has a Rotten Tomatoes rating of 93%. Gary plays a one-eyed pimp named Drexl; perhaps the most vicious character in a movie that is full of them. As the sadistic Drexl, Oldman is nearly unrecognizable both vocally and in appearance. He also has less than ten minutes of screen time in an amazing ensemble cast that includes Christian Slater, Val Kilmer, Christopher Walken, Dennis Hopper, Samuel L. Jackson and Brad Pitt. Gary has stated that the role of Drexl is one of his two favorites of his career; the other being Lee Harvey Oswald.

At age 37, Steven Yeun is the youngest nominee in the category. He is also the first Asian-American actor to be nominated for the award. In “Minari”, Yeun gives a heartfelt performance as the patriarch of a South Korean family struggling to assimilate to Middle America in the 1980s. Fans of the AMC series “The Walking Dead” will know Steven as Glenn Rhee. He appeared in 66 episodes of the hit apocalyptic television show from 2010-2016. Conversely, one role of Steven’s that gets lost in the shuffle is from 2018’s “Sorry to Bother You”. The Boots Riley film stars fellow 2021 Oscar nominee Lakeith Stanfield as a telemarketer who is caught between social allegiances and corporate advancement. Yeun plays a character named “Squeeze”, Stanfield’s friend and fellow protester. “Sorry to Bother You” is a dark satire and it deals with heavy themes such as the movement to organize labor. As Squeeze, Steven gives a voice to the movement and a direction to the film. It is a cerebral performance and despite his magnetic disposition, Yeun’s character never feels out of control. The film carries a Rotten Tomatoes rating of 93% and features a star studded cast, making it easy to overlook the actor. But after his performance in “Minari”, Steven Yeun will never have that problem again.