Home
Entertainment
More Than 30,000 Kids Will See ‘Black Panther’ Thanks To Charity 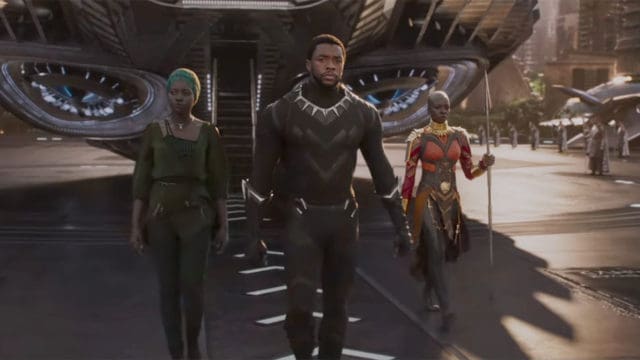 In the realm of the superhero universe that has taken over our society in film and television today, we see a clear stereotype regarding heroes and how they look. Fortunately, the next film in the Hero Franchises that we see, “Black Panther”, is about to make its debut, and is causing quite a stir in the best way possible. It has been announced that almost 30,000 children from all over the nation will get the chance to see the film when it is released thanks to charitable donations that have been funded. In this article, we are going to give you all the details regarding this amazing cause, and what it means to the children all over. With that said, let’s get started.

With the stir that was being created by an all African American cast in the upcoming ‘Black Panther’ film, it inspired philanthropist and marketer Frederick Joseph to begin a GoFundMe page to help kids in Harlem to be able to see the film when it was released in theaters nationwide. This, of course, inspired collections from all regions of the nation, helping the cause to go viral and to hit goals with even greater expectation. In fact, the popularity has rocketed so sky high regarding the charitable cause that along with the donations from all 50 states, there have also been donations coming in from 40 other countries around the world as well.

Most Successful Page To Date

As we stated before, the ‘GoFundMe’ page that was created to collect the donations to allow these kids to see the film in theaters has hit goals time and time again since it was initiated. In fact, thus far, the page has raised over $400,000, which translates into the 30,000 kids that will be able to sit in theaters come the release date. The page is the most successful ‘GoFundMe’ page for that reason, and is still continuing to accept donations as well.

To some, this may not seem as such a worthy cause, not like some of the other charitable causes that you will see come from GoFundMe pages. However, these donations that have been giving for children to be able to see the film will allow for these kids to have a greater view of themselves. This is the first superhero franchise film that has featured an all African American cast that is centered in the fantasy and fantastical realm. The hope is that these children will become inspired by the change in stereotypical thought, and that it will begin to rid the world of the discretion and oppression that we are seeing in our society today.

It is no surprise that the ‘Black Panther’ film is creating so much hype throughout the nation and the country, and we expect amazing results when it hits theaters. We can only hope that this story of charitable and enlightening cause will help to inspire others to see the other side of the spectrum, and to relieve the hate that is plaguing our world today. You can still find the ‘GoFundMe’ page for this charity up on the site if you would like to make your own donation to the cause; We hope that you enjoy ‘Black Panther’ when it hits a theater near you soon.