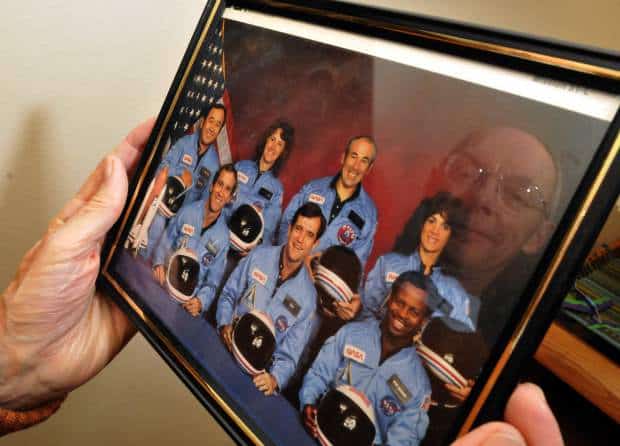 In what will be remembered as one of the biggest tragedies to ever air on live television, today January 28th, 2016 we remember the Challenger Tragedy from 1986.Â  On that fateful day in 1986, crew members from Apollo 1 and space shuttles Challenger and Columbia faced one of the worst days in U.S. History.

Today we remember and honor the members of those who lost their lives while trying to further exploration and discovery in outer space.Â Â Â  Below is a video of the events that aired on CNN.Â  It may be too difficult for some viewers to watch.

Today at 10am, NASA television is going to be providing live coverage of a wreath-laying ceremony at Arlington.

Here is the address from NASA.gov

NASA will pay will tribute to the crews of Apollo 1 and space shuttles Challenger and Columbia, as well as other NASA colleagues, during the agency’s Day of Remembrance on Thursday, Jan. 28, the 30th anniversary of the Challenger accident.

NASA’s Day of Remembrance honors members of the NASA family who lost their lives while furthering the cause of exploration and discovery.

NASA Administrator Charles Bolden, Deputy Administrator Dava Newman, and other agency senior officials will hold an observance and wreath-laying at Arlington National Cemetery in Virginia starting at 9 a.m. EST. Following the wreath-laying ceremony at Arlington, various NASA centers will hold remembrance events Thursday for employees and the families of those lost in service to America’s space program.

At 10 a.m., NASA Television will provide live coverage of a wreath-laying ceremony at the Space Mirror Memorial located at the Kennedy Space Center Visitor Complex in Florida. The observance is hosted by the Astronauts Memorial Foundation, which is a private, not-for-profit organization. It built and maintains the Space Mirror Memorial, which was dedicated in 1991 to honor all astronauts who lost their lives on missions or during training. It has been designated a National Memorial by Congress.

NASA’s Marshall Space Flight Center in Huntsville, Alabama, will observe the day with a candle-lighting ceremony for center employees, as well as a public event at the U.S. Space & Rocket Center, Marshall’s official visitor center, at 10 a.m. CST. NASA’s Johnson Space Center in Houston, will hold an event for employees that includes placing flowers at the Apollo, Challenger and Columbia Trees at the center.

In partnership with the Challenger Learning Center of Northwest Indiana, NASA’s Glenn Research Center will host former astronaut Greg Harbaugh for the opening of the exhibit “Inspiring the Future — The Legacy of Exploration,” at the Indiana Welcome Center in Hammond.