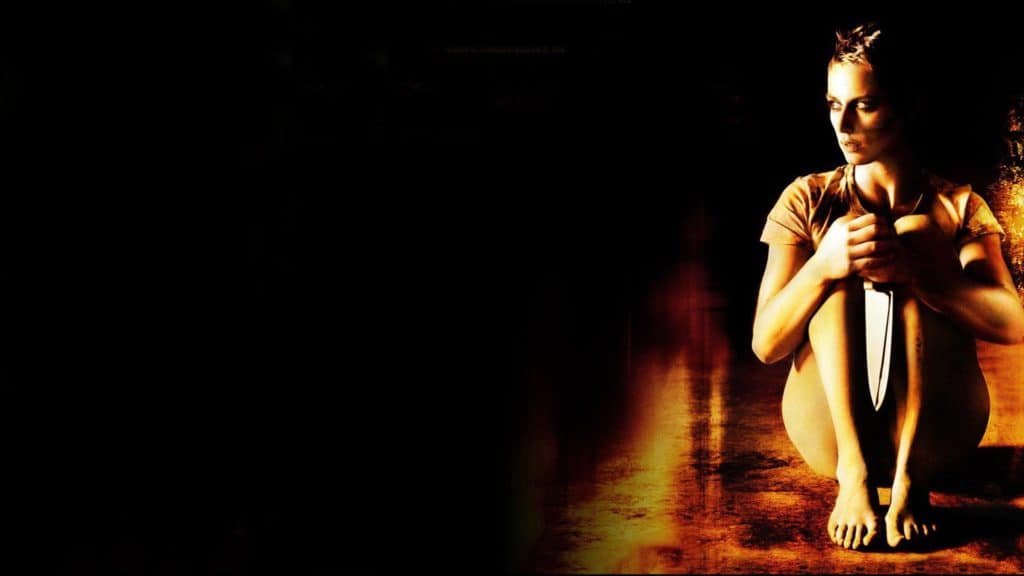 We’ve talked a lot about the New French Extremity in this series, and for good reason.  Especially in its heyday of the mid 2000s, these were the most interesting and viscerally horrific movies in their genre the world over.  Representing everything that was popular about American “torture porn” movies, but applying its wicked, razer’s edge inward to vivisect the society that gave birth to it, these movies were grim and ghastly and terrifying because of the truths they represented about turn-of-the-millennium France, not because of the on-screen gore itself.  Whether delving into hidden Nazi clans in the Parisian countryside, torture-cults chasing after salvation, sex-crazed cannibals or violently desperate mothers, these underground films of 2000s France proved to be a stark contrast to the typically idyllic depictions of the country in other forms of popular media.

We’ve also talked a lot about New French Extremity director and Hollywood transplant Alexandre Aja.  After making a name for himself on the French film circuit with movies like… well… like High Tension, basically, the man has had a remarkably robust second-wind directing horror movies in America.  He brought his savage sensibilities to the 2006 remake of Wes Craven’s The Hills Have Eyes, exploded his sanguine aesthetic outward into Raimi-esque horror-comedy with another 1970s horror remake, Piranha 3D (2010) and most recently delivered us the grounded, rock-solid creature feature Crawl (2019), which was one of last year’s best and most surprising films of any genre.  But High Tension is ground zero for this genre mainstay’s horrific sensibilities, and the movie best suited to explain why he feels the need to take the genre as far as he apparently does.

Like all of Aja’s movies, High Tension has a deceptively simple set-up: two girls, Marie (Cècile de France) and Alexia (Maiwenn), drive into the country to visit one of their parents.  It’s nothing more than that, something I myself have done countless times before.  But when a hulking brute of a man (Philippe Nahon) breaks into their home later that night, the family is served up for slaughter and their daughter is kidnapped.  It’s up to the waifish Marie to stow away on the killer’s truck, break Alexia out and find help before the killer discovers what she’s up to.

There really is no getting around just how unremittingly brutal the film is from start to finish.  Everything from its narrative to its tone to its horrifically violent set-pieces is unremittingly of its moment as regards extreme European cinema (see also, Denmark’s Antichrist and Spain’s The Skin I Live In).  Our introduction to the killer see him raping the decapitated head of a former victim before chucking the used-up lump of flesh out the window and making his way toward his next set of victims (our happy little family and their charming young guest).  Characters aren’t so much killed as they are strung out across the house and left to bleed out in horrific, knowing pain, with future victims hiding in plain view of them, forced to watch their wide-eyed agony until their body simply gives up its desperate clinging to life. 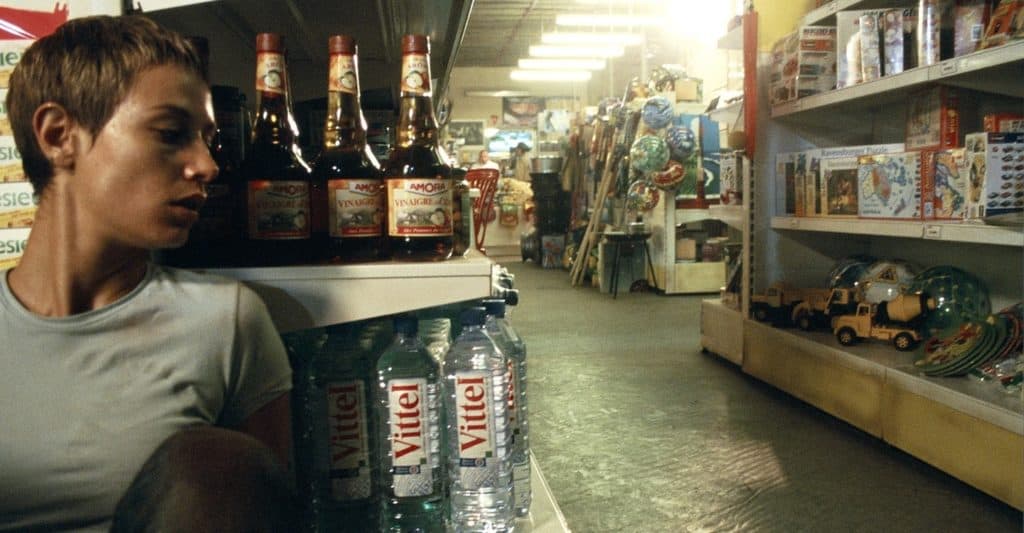 Aja’s influences are on full display here and they cover a surprisingly diverse range of territory.  From The Texas Chainsaw Massacre (1974) to Halloween (1978) to Persona (1966), Vanishing Point (1971) and Duel (1971), High Tension’s unique blend of forebears meld together in order to provide a seamlessly shocking, viscerally gutting experience the likes of which really hadn’t been seen before (even among the films of the New French Extremity).  Cavier Gens’s Frontier(s) (2007) is really the only other movie that quite reaches its level of shock-and-awe grisliness, and even that only competes with it on the level of psychical horror.  High Tension is working on an entire other dimensionality that offers up a devastating one-two punch by the time the credits begin their inexorable pull toward oblivion.

Although High Tension is a particularly blunt-force instrument, it is a remarkably effective one at delivering its intended message on the state of post-millennial France and in operating within its ghastly genre.  In fact, that’s where so much of the film’s power comes from: not from nuance or restraint, but from a laser-focused understanding of the country that produced it and an unremitting assault on the senses.  Further New French Extremity Films sacrificed that directness for their more targeted aims (and were brilliant in doing so), but this early example of the form has proven to be so indominable in part because it allows itself to dumbly charge forth at ramming speed and crash through everything unfortunate enough to be in its predetermined path.