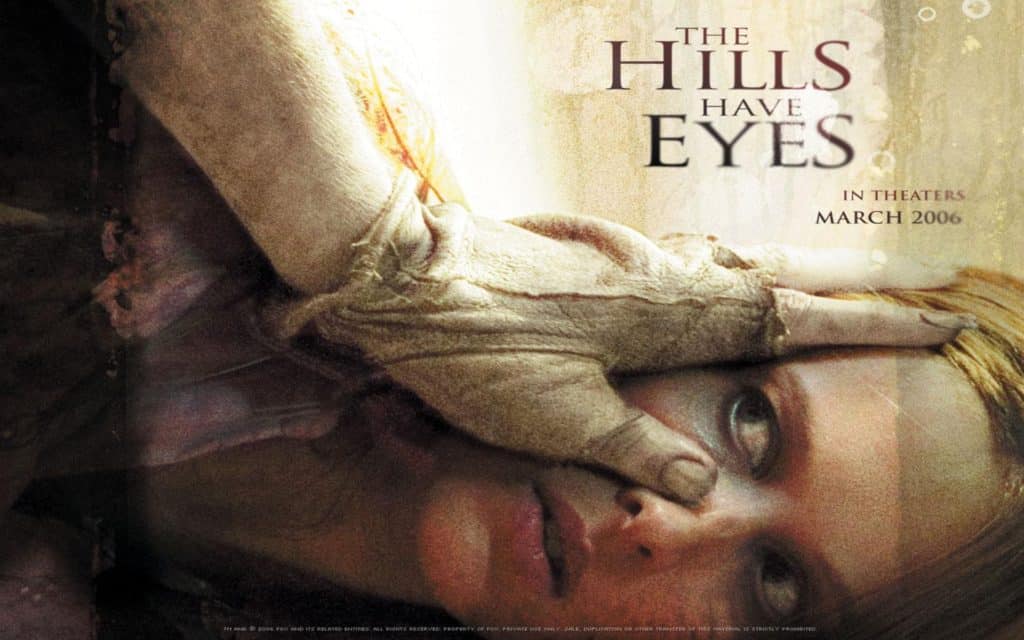 American horror in the 2000s were in a really weird place.  Midway between when the genre would be consistently putting out incredibly pieces of incisive and unnerving social commentary with films like The Witch (2016), Get Out (2017) and Hereditary (2018) and when it generally went fallow, focusing instead on intentionally cheesy or meta-textual movies like Wes Craven’s New Nightmare (1994), Tales from the Crypt: Demon Knight (1995) and Scream (1996), there was a surprising lack of identity in the domestic horror scene.  Most of the high-end horror movies from this period originated from elsewhere in the world, like J-Horror in Japan, New French Extremity in France, Ozploitation in Australia or even chilling ghost stories of Ibero-American directors.  What little remained in America were confused reactions to the tragedies of September 11 and the ongoing horrors of the Wars on Terrorism in the Middle East.  Slasher movies were remade and sidelined the final girls that were traditionally their centerpiece, “torture porn” flailingly reacted to America’s xenophobic need to find the entire rest of the world horrific and resurgent zombie movies morphed into right-wing prepper power fantasies that allowed them to unload their weapon caches on faceless, inhuman hordes to viscerally satisfying effect.  Truth be told, there just wasn’t all that much worth paying attention to in this period, even if I still maintain that many of the slasher remakes remain underappreciated, the zombie movies were still mostly incredible entries into one of my favorite horror subgenres and some movies, like the Saw franchise, were successfully able to break free from the most lamentable tenants of “torture porn” movies.

Enter French émigré Alexandre Aja.  Having cut his teeth in France on extremist horror movies like High Tension (2003), his gory sensibilities were primed for what American audiences were actively looking for from directors like James Wan and Eli Roth (a sanguine touch that he would similarly bring to later films like Piranha 3D and Crawl).  Given the deep-seeded similarities between French and American social anxieties and rising tides of neo-fascism at the time (something that would become far more apparent a decade later), he was uniquely positioned to bring out frequently overlooked socio-political strains to the fore of his movies.  And set to tackle Wes Craven’s cult classic The Hills Have Eyes (1977) – a not especially good but conceptually terrifying story about a clan of inbred mutants that attack a stereotypical nuclear family in the deserted American southwest – his resulting remake was a perfect storm for creating a early-millennium rarity: a socially prescient, viscerally terrifying American horror movie that was far more than the pulpy programmer that it sold itself to audiences as in the Spring of 2006.

Purely on the level of scripting, there is next to nothing different from Wes Craven’s original 1970s film.  You have the same vacationing extended family, the same debilitating accident, the same daytime hike to look for assistance, the same nighttime raid leaving the family broken and traumatized (including all of the most horrific parts that you would normally assume to be from the mind of the guy who had shot High Tension a mere three years before) and the same turned-tables revenge.  All the new movie really added to that winning formula was a rescue mission for the abducted baby Catherine and expanding on the origins of the desert-dwelling clan that attacks the Carters. 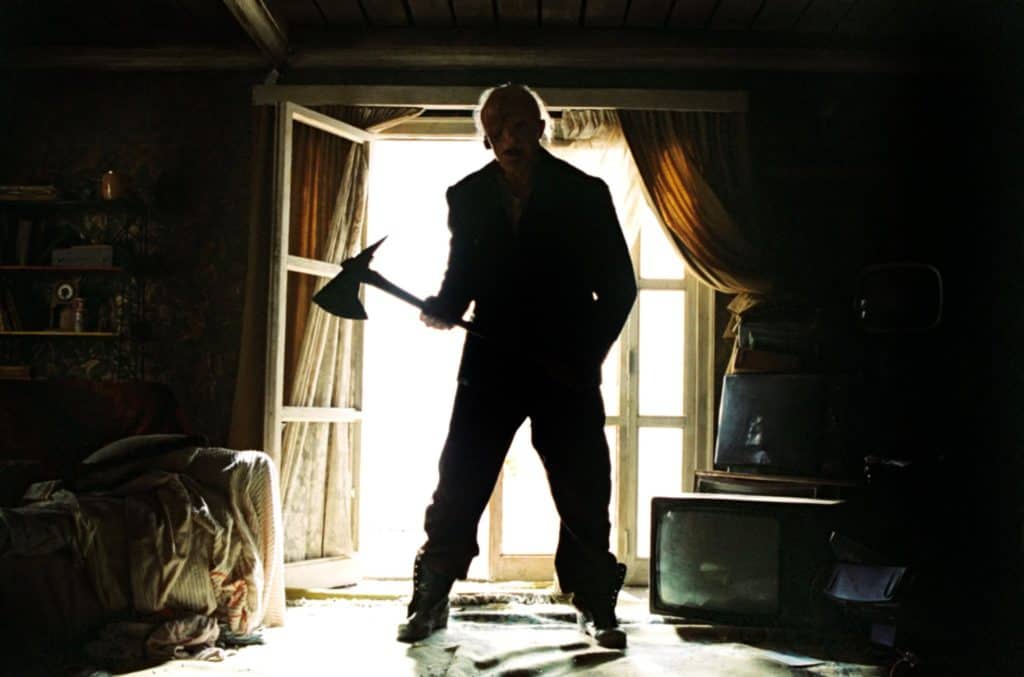 The key to the new movie – the reason why it worked at all, let alone as incredibly well as it does – is Aja himself.  With his outsider’s perspective, he is able to reach into the existing script and pull out relationship tensions and political anxieties that were always there just beneath the surface.  While originally a well-integrated member of the family, the new Doug is estranged from his conservative, God-fearing in-laws; liberal, skeptical and pacifistic (all of which make him appear to be emasculated by the domineering Carter men, including the young Bobby).  Not only does this bring forth a lot of tense and interesting character dynamics within the larger family (not just between Doug and the others, but between his wife and her birth family and even between Big Bob and the wide-eyed devotion of his son Bobby), but it also gives Doug a satisfying character arc to work through in his ultimate rescue mission for his daughter.  Similarly, by overtly politicizing the cause for the desert-dwellers’ mutation (something that mostly went unexplored in the original film), it tapped into the larger social tensions brewing against the Bush administration for the lies and abuses they employed in the wake of the September 11th tragedies.

And, of course, there’s Aja’s perpetual talent for extreme violence and horror set-pieces: doubtless the feature that brought him to Hollywood’s attention in the first place.  The original film was a fine bit of nastiness, to be sure, but it definitely frayed at the seems of its own production.  Film quickly and cheaply in generally uncinematic locales, Wes Craven’s The Hills Have Eyes certainly got the job done, but it was forced to rely more so on imagination and innuendo in order to shock and horrify its viewers.  Not so with Aja’s remake, however. Every biting, grotesque and depraved act from the original script was acted out and shot in full: from burning Big Bob alive, to raping his daughter, to killing his wife and child and dog.  It’s as gory a spectacle as anything from the New French Extremity, and bears its unmistakably purposive employment as well: gore not for its own sake, but with the targeted motivation of showing just how sudden, shocking and violating the violence done to the family is.  As a reflection of the violence done to the mutant clan that descends upon them, it reminds one of the famous Martin Luther King Jr. quote that had been making the rounds on social media last summer, how “a riot is the language of the unheard.”  And coupled with the stomach-churning radioactive deformities of their assailants and the added violence inflicted by the surviving dog, the end result is a powerful, revolting and altogether viscerally horrifying experience that more than lives up to the promise of its premise. 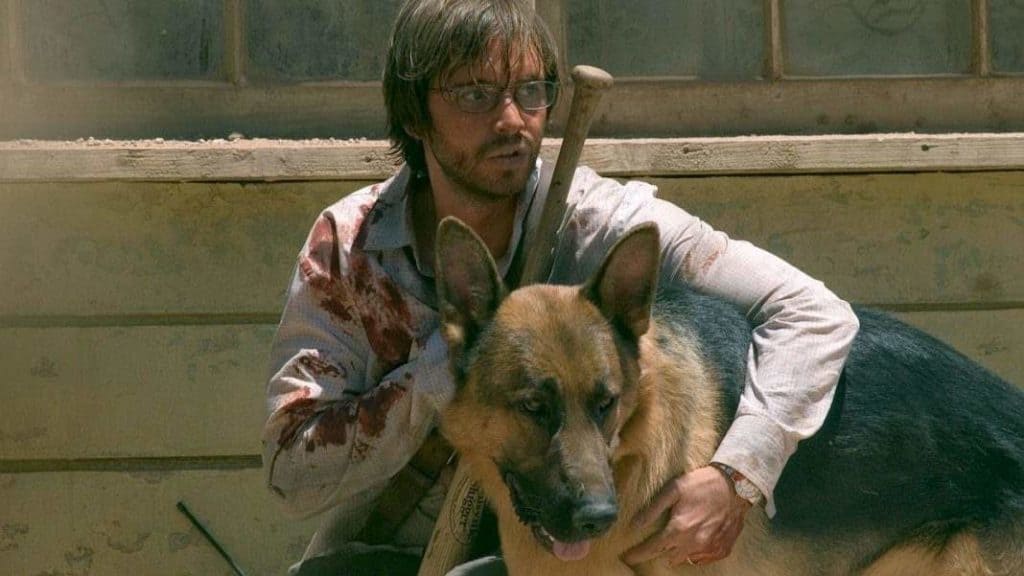 There is a reason why The Hills Have Eyes emerged as pretty much the only American horror film of any real pith or merit from the 2000s.  There’s a reason why it continues to shock and terrify those who stumble across it a decade and a half later, and there’s a reason why it has by and large subsumed any conversation of Wes Craven’s film of the same name in the genre’s discourse.  Taking the rudimentary outline from that first film and exploding it outward into scenes of apocalyptic violence, Alexandre Aja proved beyond the shadow of a doubt what was missing from the post-9/11 “torture porn” movies that were so ubiquitous in their day but so thanklessly forgotten even a few years later.  Like the twisted body of a hideously irradiated cannibal, The Hills Have Eyes endures.