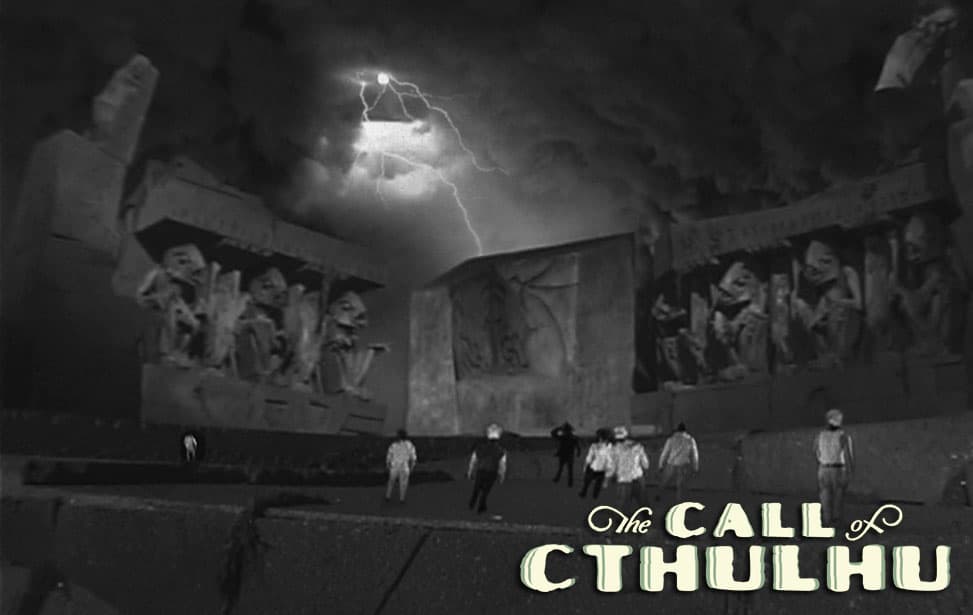 On the one hand, it’s understandable why adapting the works of H. P. Lovecraft to film are as difficult to do as they have consistently been in practice.  The are stories written in the 1920s by a deeply unwell and outspokenly racist mind.  Most of his best known works are inextricably rooted in his hateful ideologies, with the subtext (if not outright text) being about the dangers of interbreeding with something that a flagrant bigot would deem “inhuman.”  Most of the rest rely on depicting things in camera that are literally “indescribable,” that simply looking at causes the viewer to go irreversibly insane and on an ephemeral dream logic that is rarely able to be successfully rendered on-screen.  Or, put another way, it is quite likely that the works of Lovecraft could only ever have been the product of a White man in the early 20th century, since that’s the only sort of person who would find the revelation that he was nott the inextricable center-of-the-universe an utterly unhinging experience, whose only logical outcome could ever be the complete eradiation of his very mind.  Because of this (and a litany of other issues marbled throughout Lovecraft’s confounding mythos, the popular culture of the last century has chosen to pick at the bones of his stories for inspiration and imagery rather than adapting them outright.

On the other hand, however, Lovecraft can and has been adapted successfully over the decades, and it’s just a matter of striking the right balance of all the disparate – oftentimes distasteful – elements of his dark imagination.  Stuart Gordan made his bones on tapping into the existential anxieties of Lovecraft’s work, returning to that well again and again throughout his lengthy career; his first feature, after all, was Re-Animator (1985), which exploded Lovecraft’s mostly serious story out into farcical absurdism, to be followed up over the years with From Beyond (1986), Dagon (2001) and Dreams of the Witch House (2005).  And more recently, The Color Out of Space (2020) proved that adding a little bit of human empathy amidst all of the soul-crushing terror goes a long way in empowering his horrific narratives (even if the impossible-to-describe color that they settle on for the titular menace is just a bright shade of purple).  It is possible to adapt Lovecraft to film – even directly – it’s just that whatever alchemical mix it requires is simply beyond the abilities of even many of the most competent filmmakers working today.  It’s easier to make something that’s Lovecraftian from the ground up – like In the Mouth of Madness (1994) or Prince of Darkness (1987) rather than deal with all of the added baggage of Lovecraft himself. 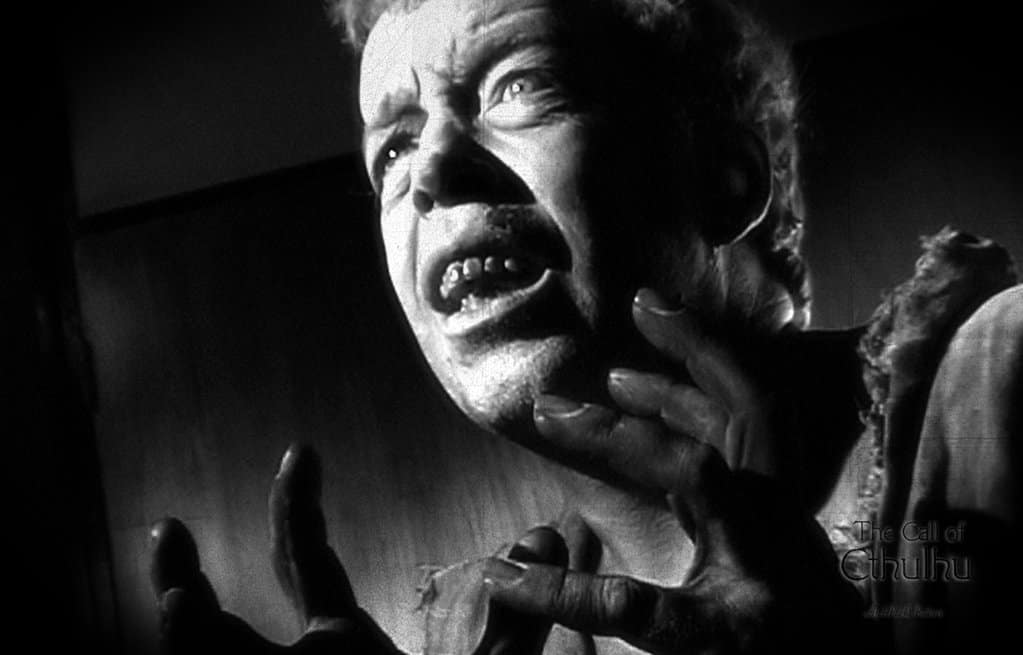 Which is where this weird little film from the H. P. Lovecraft Historical Society comes in.  The logic for decades had been to simply loot his mythos for whatever you found that was interesting and not too overplayed among the myriad of movies, games and TV series also tapping that cultural vein and leave it at that.  But not everybody was of that mindset (Mexican director Guillermo del Toro famously languished over his unrealized dream project of adapting At the Mountains of Madness, for example).  Against all odds, director Andrew Leman delivered a simple, straightforward and unquestionably excellent adaptation of Lovecraft’s most culturally ubiquitous tale: The Call of Cthulhu.

Upon his great uncle’s death, Francis Thurston (Matt Foyer) discovers a myriad of cryptic documents in his relation’s possession detailing the sinister Cult of Cthulhu: worshippers of an ancient slumbering god whose crazed nightmares manifest for others in the waking world.  As his investigation leads him closer to the Great Old One himself, his own sanity begins to erode exponentially, leaving it to others to answer the call of Cthulhu echoing in the deep. 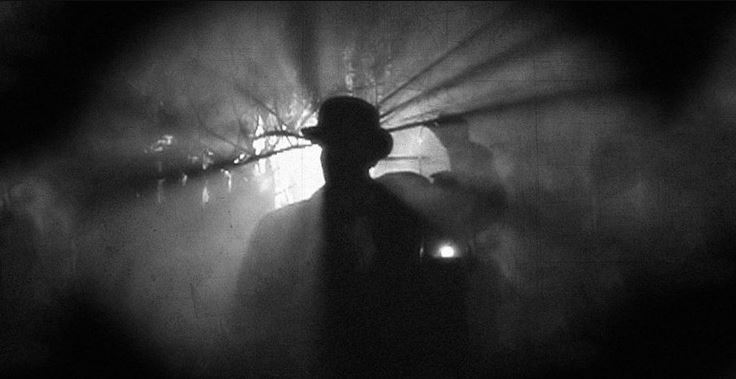 Coming it at an almost anemic 47 minutes, this barely-more-than-a-feature doesn’t offer much by way of complicating, deconstructing or otherwise wrestling with the pricklier aspects of its authors literary intentions.  It delivers its maddening tale in as straight-forward a manner as possible for the medium, emphasizes its dreadful atmosphere above all else and gets out well before it can outstay its welcome.  And with short, punchy movies must also come short, punchy recommendations.  The movie’s great, atmospheric and can be easily slotted into whatever Halloween movie marathon you have planned.

But while that indeed captures the spirit of my unequivocal recommendation, there is actually more to why this movie succeeds where so many before it have failed (especially with a story considered to be especially unfilmable among the inherently non-cinematic Lovecraft canon).  Part of it is the length, yes, as many adaptations get bogged down in the unfolding mystery (causing them to drag) or get wrapped up in the intangibility of the threat being explored (resulting in something airier and less viscerally menacing than the mode the genre works best in).  By cutting the story down to the marrow and leaving only what was absolutely necessary in the film proper, the film is able to keep to the story’s strengths while not tripping over itself trying to be a more typically commercial feature. 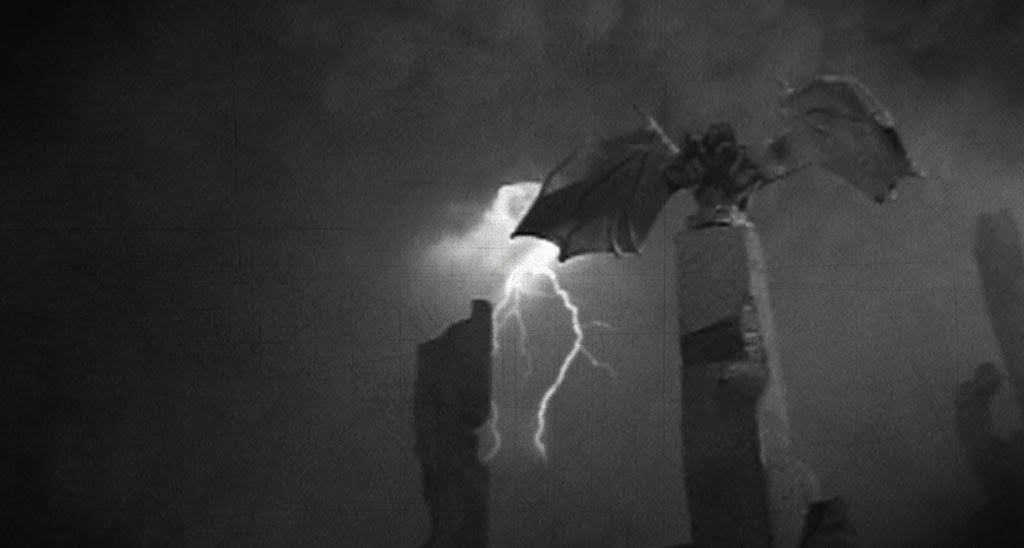 Similarly, there’s the matter of style to consider.  Evoking the exact period in which the story was created and conceived, the film is a silent one, shot in stark black-and-white, and reliant on our collective cultural memory of the atmospheric German Expressionist movies of the 1920s, the Universal Monster movies of the 1930s and Val Lewton’s RKO Horror movies of the 1940s.  This paratext is actually what does a lot of the heavy lifting here, as its stylistic abstractions evoke a nameless sort of dread as if by rote, often both excusing the indescribable nature of what the film is supposed to depict and seemingly breaking down the readily understood world into one where the colors are, by their nature, extraterrestrial and no one can hear you scream.

It’s a simple, but effective, trick that The Call of Cthulhu pulls, and one that more Lovecraft adaptations might want to try (Hell, we already got The Lighthouse from last year, and that’s one clearly working off of the same wavelength).  Imagine something like The Color Out of Space shot in black-and-white, with the only color being the nameless neon-fuchsia of the title creeping in and infecting the film like some kind of gangrenous wound.  Or imagine something like From Beyond sans sound, save for the piercing cry of the Resonator’s cosmic tuning forks intruding the otherwise silent film.  Maybe the key to Lovecraft isn’t trying to film things beyond our understanding, but to strip our understanding down to something so much simpler and then add ordinarily familiar elements back into the mix: addition by subtraction, as it were, which is as uncanny a concept as the source material being drawn from in the first place.