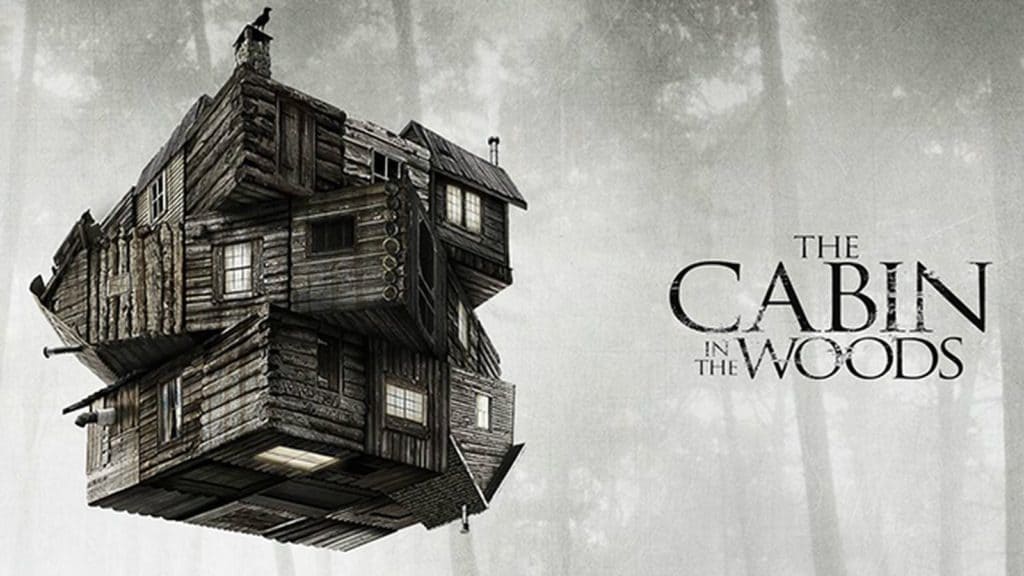 Moviegoers so often attribute every aspect of a film (the good, the bad and the ugly) to whoever just so happens to be sitting in the director’s seat at the time (deserved or, far more often, not) that I’m always fascinated by the exceptions that prove the rule.  Perhaps the most famous example of this is Tim Burton’s The Nightmare Before Christmas (1993), a film that was notably directed by Henry Selick; the film fit so perfectly into Burton’s expressionistic oeuvre and so prominently advertised his role as its producer that, to this day, seemingly nobody’s willing to stop and ask themselves if the writer-director responsible for both James and the Giant Peach (1996) and Coraline (2009) might have also been directly responsible for this stop-motion horror movie about the worlds-spanning adventures of a precocious outcast.  Similarly, Guillermo del Toro is more often cited as the leading creative force behind both Troy Nixey’s Don’t Be Afraid of the Dark (2010) and J. A. Bayona’s The Orphanage (2007) and Steven Spielberg often gets the lion’s share of the credit for Tobe “Texas Chainsaw Massacre (1974)” Hooper’s Poltergeist (1982).  Certainly, a director is only one of an army of creatives responsible for the success (or failure) of a film – and producers usually get the short shrift when it comes to their due for the success of a project – but certainly misters Selick, Nixey, Bayona and Hooper deserve better than to be caught in the shadows of their looming partners-in-filmmaking.

In much the same vein as those films, writer-director Drew Goddard rarely seems to be the first name brought up in conjunction with his directorial debut, The Cabin in the Woods (2012).  That honor typically goes to co-writer and collaborator Joss Whedon.  And despite the fact that Whedon didn’t make his theatrical directing debut until a year after The Cabin in the Woods was in the can (Godard’s film was held up for a year because of MGM’s 2010 bankruptcy).  Then again, Whedon has been a TV, Hollywood and Nerd fixture for years before that, having written Toy Story (1995), Alien Resurrection (1997) and the 2004-2008 run of Astonishing X-Men that was (poorly) adapted into X-Men: The Last Stand (2006), created Buffy the Vampire Slayer (1992, 1997-2003), Angel (1999-2004), Firefly (2002), Dr. Horrible’s Sing-a-long Blog (20008) and Dollhouse (2009) and coming out in 2012 with two other films, one of which was The Avengers (2012).  And because his fingerprints were admittedly all over The Cabin in the Woods’ script (which, notably, was not even their first writing collaboration), it makes tragic sense that Whedon would be the one that people assume did so much more work than he actually did.

Riffing on the familiar set-up of Sam Raimi’s The Evil Dead (1981) and feeling like the last four decades of horror condensed into a lean 95 minute movie, The Cabin in the Woods follows an instantly recognizable group of five friends – glibly identified as The Athlete (Chris Hemsworth), the Whore (Anna Hutchison), the Scholar (Jesse Williams), the Fool (Fran Kranz) and the Virgin (Kristen Connolly) – who head to a remote cabin in the woods for a fun weekend of letting loose in the middle of their semester.  What they don’t realize, though, is that their weekend excursion is actually part of a centuries-old ritual sacrifice to appease the Lovecraftian gods slumbering deep in the Earth.  And as with Ghostbusters’ (1984) Gozer, they must choose the form of their destructor: in this case, by selecting one of a basement full of horror oddities that will unleash a recognizable horror movie villain onto their wooded cabin retreat.  But when they catch wise to what’s happening around them, they will take on their real tormentors: the ones pulling the strings behind the scenes.

Acting as a Rosetta Stone for pretty much the entire horror genre, The Cabin in the Woods pretty much stands as the perfect, unimpeachable, capital-H Horror Movie, sure to satisfy any genre-savvy moviegoer fortunate enough to come across it.  A pointed update to the New Nightmare (1994) or Scream (1996) styled meta-horror movies of the 1990s, The Cabin in the Woods blows up its initial conceit into truly apocalyptic portions, willing and eager to lock horns with every sub-strata of terror that the genre has to offer.  With obvious references to everything from zombie movies (e.g., Night of the Living Dead) to cosmic horror (e.g., Hellraiser), slashers (e.g., The Strangers) and turn-of-the-century J-Horror (e.g., Ringu), Goddard’s film builds off of these familiar foundations to create a winking, yet equally horrifying, compilation of everything that’s come before it. 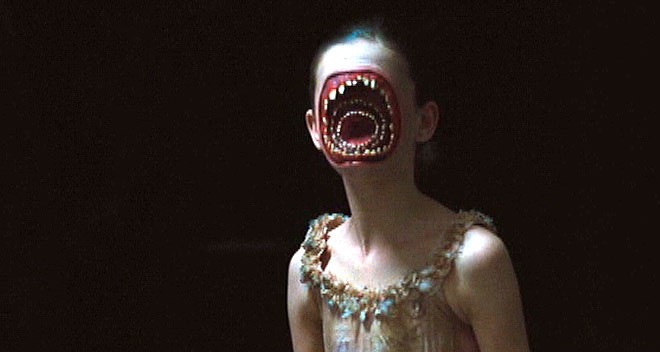 One aspect of the film that I particularly love is how it even deconstructs the poor writing that even the best horror movies have often been saddled with: where characters are flat and simplistic and often act in ways that conveniently move the plot along at the expense of their established characters.  Despite being shoehorned into rigid archetypes by the sacrificial forces that have chosen them for slaughter, the versions of these five friends that we see at the beginning of the film are as fleshed-out and nuanced as anything that either Goddard or Whedon have created in the past.  The Athlete knowingly gives pointers about what material to focus on for a class he’s already taken, the Whore playfully plays the part of the parent to her other friends, the Virgin slept with her professor, the Fool spouts philosophy and the Scholar is on the football team.  As our villains readily admit later on, “we work with what we have.”  As the film progresses, however, and as the puppeteers increasingly manipulate their victims through drugs, alcohol, inhibition-reducing hair dye and an electronic switchboard wired into the cabin and surrounding woods, the group gradually acts less and less like their normal selves and more and more like the stock characters that we recognize from any number of studio-backed horror movies since the 1970s.

And then, of course, there’s the absolute blowout of a climax, which damn near the funniest and most viscerally satisfying stretch of filmmaking I have ever seen.  Rife with an exhaustive roster of recognizable horror icons, callbacks to even minor, blink-and-you’ll-miss-them set-ups from throughout the movie and an absolute deluge of best of their class kills (any one of which would have easily been THE kill from any other horror movie), The Cabin in the Woods more than lives up to the promise of its encyclopedic premise.  Far more so than we have seen with Whedon, Goddard is a slavishly practical artisan: pushing for every last frame to be captured as much in-camera as possible (with only a few notable exceptions, such as the haunches on an otherwise practical, man-in-a-suit werewolf, a killer robot and a Kaiju-sized python), which means that when the third act finally rolls around, everything is as visceral, gory, gooey and weighty as you would wish for it to be.  So while the movie looks and sounds like any number of slick post-2000 horror flicks that have been pumped out over the years, it feels more like the 1980s: like The Thing (1982) or The Fly (1986) or An American Werewolf in London (1981).  And, yes, with a script penned by this precise duo of filmmakers, the film is liberally peppered with great jokes, biting satire, standout character moments, memorable dialog and genre deep-cuts. 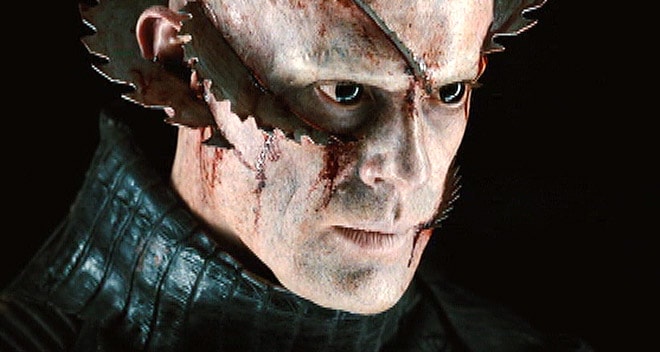 So while there may be better zombie movies or slasher movies or Lovecraftian movies or creature features out there, nothing else has ever captured the visceral, tactile, nihilistic appeal of the horror genre half so well as The Cabin in the Woods.  It understands not only the innate appeal of these movies, but also where the frayed edges of the genre are located that it can slowly unravel for its own incisive pleasure.  It’s both the perfect entry point to horror newcomers who don’t yet get the appeal of the genre and the perfect homecoming for horror veterans who can catch every winking callout and subtle reference to the killer classics of their youth.  In short, it’s the ideal opener for anybody’s dark holiday festivities.