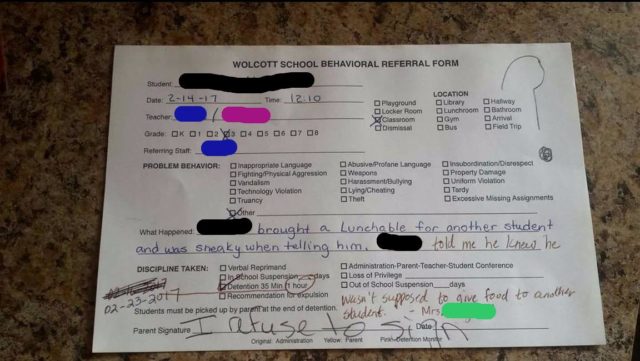 I’ve decided to create a “news” category on this site for stories we decide are worthy of going up here but don’t necessarily fit television, entertainment, sports, politics, or even video games.Â  These are just “regular” news stories that we either catch on television or believe deserve enough attention to get on TV or be circulated around the internet.Â  Our first “news” story comes from an anonymous parent.Â  If you click on the photo you can see the full size.

This is a real referral form for a real student in the 3rd grade.Â  If you read closely you’ll see that the teacher wrote up this form for the following reason.Â  Her student brought a lunchable for another student and was sneaky when telling him.Â  The student told the teacher he knew he wasn’t supposed to feed another student.

“Not supposed to feed another student.”Â  The parent refused to sign this form.Â  There’s actually more to the story.Â  It turns out the student who was being fed was hungry each and every day and this is why said student who was written up was bringing food in the first place.

Again folks.Â  This really happened at a real school.Â  I’m pretty sure once the masses get wind of this the Wolcott school is going to be getting plenty of calls. 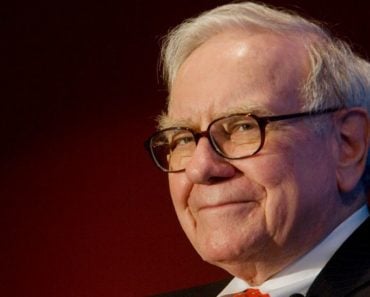