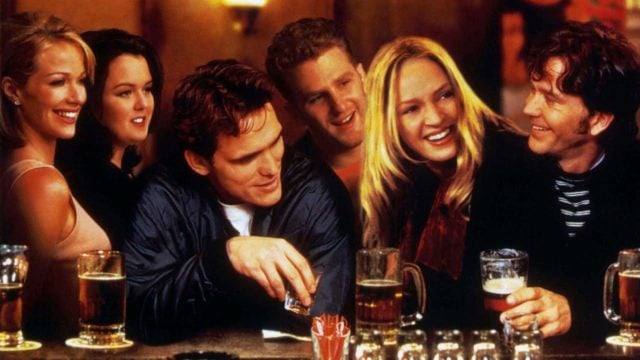 Who got fat who got old and who got pregnant? Those are three of the standard questions you might hear at any class reunion and they tend to be asked during the first initial meeting more often than not. Unless you happen to be the type to keep tabs on your old high school buddies on a regular basis you might actually be surprised at what ten to twenty years can do. This is the time when you get to reconnect, catch up, and figure out just what kind of things you’ve done since high school and whether or not you and your friends are still anything alike.

If you’re that good of friends it usually won’t matter.

Strange things can happen during a reunion. Those old feelings can resurface, friendships can be rekindled or established where nothing was to begin with, and a good time can be had in general. The trick of it is to realize that these people that you haven’t seen in so long have in fact changed in all that time. If you haven’t the chances are that your buddies might start to re-evaluate what the friendship really means. If you have, then you should have lots to talk about.

4. The Best of Times

Jack is that poor guy that made the wrong mistake at the wrong time and it’s wound up costing him everything since he graduated high school. He had a future until he tried out for football. He could have been something if he’d stuck to what he what he was good at. But he wanted to play football. He wanted to be on the team that had Reno Hightower. Years later he has a chance to make up for what was the worst mistake in the history of Taft, and this time the only thing on the line is the honor and glory that he let drop all those years ago.

So when you get to your reunion most people ask what you’re doing now, how’s work, that kind of thing. How many of us can say that we kill people for a living and business is booming? No one? Relieving as that is imagine the one guy that might get kind of quiet if you ask him that question. Killing for a living seems like an odd thing to have to discuss with anyone, especially if people might have expected you to do something far more mundane and uniquely boring.

There’s always the odd students in the class that didn’t amount to much in school but somehow got way cooler after high school and then came back to rock the reunion. Romy and Michelle aren’t them. Granted they grew up to be ultra-hot and, not so bright, but when they managed to attend their high school reunion it was a magical and very revealing time.

This is the reunion that a lot of people were waiting for. Ignore the fact that these guys weren’t teenagers in the first film and just enjoy the fact that we kind of got to watch these guys grow up through the years. We saw them in high school, college, then at Jim’s wedding, and finally reunited as was needed for the best reunion film yet. Â No matter what these guys have been through the ride has been all worth this experience.

Reunions are a great time to get together with people you haven’t seen in years. The memories you have of those days are never that far when you’ve got good company to remember them with.