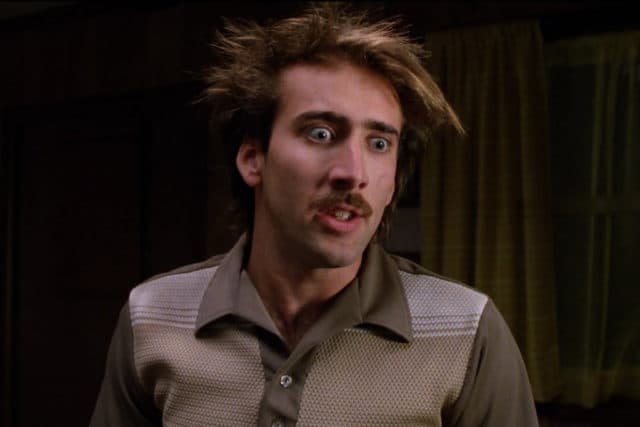 A super weird hobby might seem perfectly normal to someone else. Despite what you see of them on screen celebrities do have private lives in which they get to take the time to enjoy the things that make them happy. For some the hobbies they enjoy are pretty run of the mill and standard stuff that most anyone would enjoy. Others might have hobbies that are a little more outlandish and not deemed as normal. But then there are those that just make you scratch your head and wonder what in the world the person is thinking. To each their own really, but when you see a hobby you don’t understand it’s very normal to go “huh”?

Here are a few celebrities and their somewhat strange hobbies that people may or may not know about.

Tom Hanks is old school when it comes to writing. He might understand the value of a PC and a flash drive, but more often than not he’ll tout the virtues of his old fashioned typewriters, of which he has several. Hanks learned how to type when he was young on what he’s said was a piece of junk electric typewriter. Since then he has used a standard typewriter for much of his life and has added a good number to his collection.

You can definitely say that Johnny Depp marches to the beat of his own drum. But if he wasn’t this eccentric it’s also fair to say that we might never have gotten characters like Edward Scissorhands or Captain Jack Sparrow. Depp has quite the Barbie collection and actually loves to create scenes and play with the dolls on occasion. Whatever keeps you busy and so long as it keeps you amused.

3. Nicolas Cage has a Superman obsession.

The man named his kid Kal-El, which is Superman’s real name. Apart from that he’s auditioned for the role of the man of steel in the past and almost got it, and he owns an extensive collection of Superman merchandise. This little hobby doesn’t get out into the open much, but it’s not really that much of a secret.

Knitting is not just a woman’s pastime as this proves, it’s just that you don’t see a lot of guys doing it. In a male-dominated society where doing anything that’s considered feminine or girly gets you ridiculed by your fellow men it’s comforting to know that some guys don’t mind engaging in something that might get them laughed at. At least Arquette and Depp are finding ways to keep themselves busy.

I don’t know why but I can’t say I’m really surprised. Maybe it’s the roles she’s taken on in her films that makes it plausible or maybe it’s just her overall personality and look that says, “this is a woman that’s a little dangerous”. Â Collecting daggers doesn’t make a person a threat thankfully, it’s if she knew how to use every last one of them. Somehow I get the feeling that most guys wouldn’t want her to demonstrate that type of knowledge. It’d be interesting to see the collection though, behind glass, locked up, with the key in another room and not in her pocket.

So the celebrities have some weird and slightly odd hobbies. It’s understandable. Most people might do the same if they had that kind of money and opportunity.