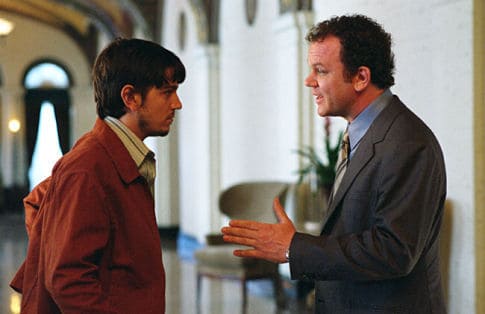 Titles are tossed around quite often in Hollywood. There’s nothing to the fact that some movies are given the same name as others. The content is what really sets them apart, as it can dictate the meaning of the title and how it will be taken by the viewers. Titles really do lure people in when it comes to film, especially if they are similar or exactly the same. The confusion is understandable, but in some cases it’s easy to differentiate if you speak the title and then add a bit of detail into your description. Such as, the movie with the guy or girl who did this or that. Description can make all the difference.

Here are five pairings that had nothing to do with one another despite bearing the same name.

The earlier version was all about auto-erotica, literally. The main characters loved to have sex in cars, and were turned on by car crashes. It was an extremely controversial film when it came out, but then so was the next Crash, as it was accused of depicting people of other races in very negative stereotypes. In fact the only real connection these two movies had was that they both featured cars in some way, and there was at least one or two car crashes in both.

Adrenaline seems to be the only link between these movies and in truth you could link a great number of Hollywood’s best films if you used that one factor. But in this case the initial film was about two detectives attempting to take down a drug lord. The later film was based on the true story of two racing legends that pushed each other to the utmost limits of their endurance during their rise to fame.

I think we all know which movie between these two went on to acquire the greatest amount of fame. The version with Susan Sarandon and Paul Newman wasn’t even much of a mention after it’s debut since it flopped so badly at the box office. The newest Twilight however is still on the minds of many fans that followed the series with nothing less than utter devotion.

This pairing couldn’t be any different since the first Bad Boys has to do with Sean Penn and his supporting cast attempting to get by during their stay in juvenile detention. That’s a far cry from the effort that Will Smith and Martin Lawrence put in as two tough as nails cops trying to take down a dangerous drug lord on the streets of Miami.

The original Avengers was a continuation of a British spy series and bombed out horribly when it was introduced to the big screen, proving that not everything British is superior. However, the blockbuster phenomenon that was and is the Avengers of today is still gaining ground and picking up speed as we head on towards Infinity War.

Really it doesn’t matter so much that movies have the same title, it’s which one of them makes it work the best.