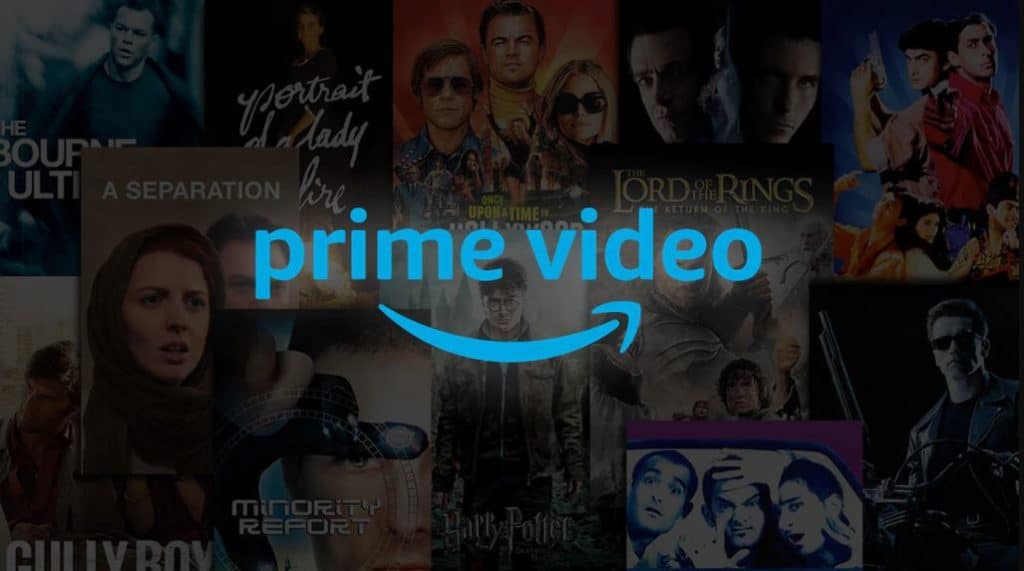 While hardly the stand-alone, one-stop-shop streaming service that a lot of its most ardent defenders seem to think that it is, Amazon Prime nevertheless offers a broad, deep and thoroughly robust library of movies that you get as a “free” add-on to a shopping service that most people get just to pay less for shipping.  If anything, it acts as a great “second” streaming service, seeing as how well it compliments more focused services like the Criterion Channel, Kanopy and Netflix.  Like, you could check out Yojimbo (1961) on Criterion’s streaming app, then switch over to Amazon to check out Italian director Sergio Leone’s Dollars trilogy, the first of which was an unlicensed remake of the aforementioned Kurosawa movie.  Or you could watch Da 5 Bloods (2020) on Netflix and then go to Amazon to rent The Treasure of the Sierra Madre (1948) and Apocalypse Now (1979), which directly inspired Spike Lee’s latest Netflix joint.  Far from a perfect option for streaming, its ubiquity as “the other Netflix” nevertheless offers a lot of great, unique pleasures that you generally can’t easily find elsewhere. 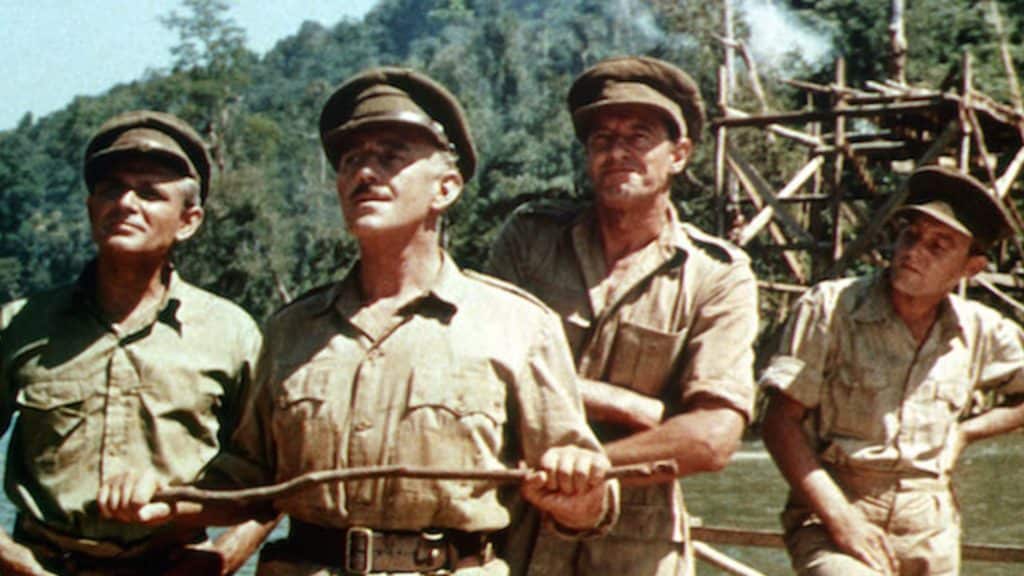 The Bridge on the River Kwai (1957) – Growing up in my family, there was never any shortage of WWII movies looped in the background.  My parents were pretty much the platonic ideal of Baby boomers, my dad’s favorite movie was The Great Escape (1963) and whatever wartime period drama Hollywood saw fit to release was assuredly being fast-tracked straight into our living room.  Which is why I find it so strange that David Lean’s war epic The Bridge on the River Kwai somehow escaped my notice until just a few years ago, when I stumbled upon through sheer convenience and happenstance.  Maybe it’s because it was British, or maybe it’s because it was from just a little before my dad took notice of movies as a kid, or maybe it’s just one of those movies that fell through the cracks.  Regardless, The Bridge on the River Kwai is an exceptional, captivating and surprisingly complex examination of prisoners of war, set in a context rarely seen from typical WWII movies, and coming from an immensely talented director who was slowly, but surely, working his way up to his eventual magnum opus.  Now, Lawrence of Arabia (1962) this movie is not, but many of the same themes, story beats, character types and authorial obsessions from that movie are present here in their infancy, and it makes for one Hell of a war picture, especially if you’ve already worked through all of the usual suspects on the topic. 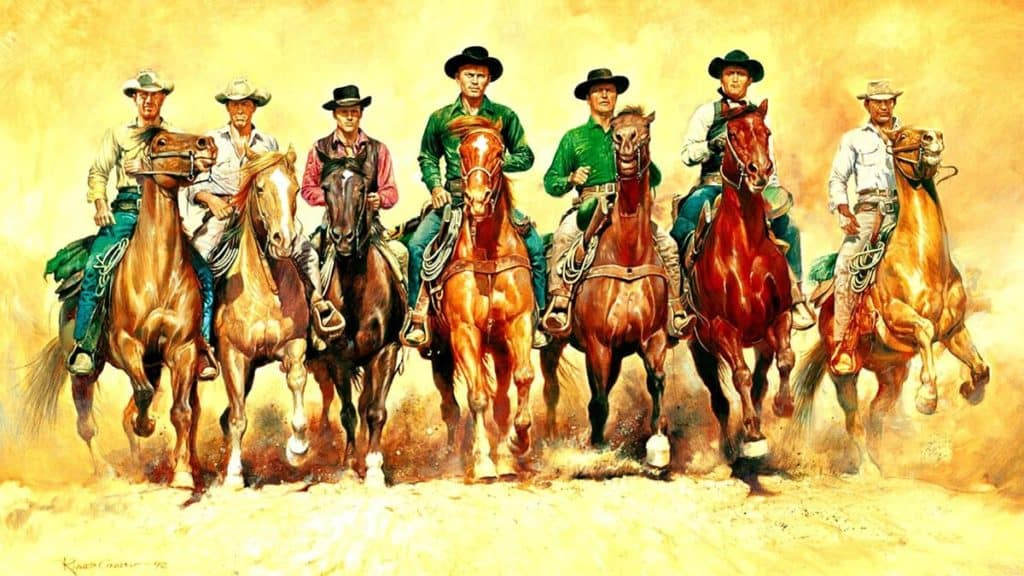 The Magnificent Seven (1960) – I think that The Magnificent Seven, an American remake of Akira Kurosawa’s Seven Samurai (1954) that transplants the stoic ronin of Sengoku Era Japan into the saddle-sore cowboys of the Old West, is the perfect example for the differences inherent in my and my father’s taste in movies.  Whereas I’m enraptured by the 3 ½ hour, black-and-white Samurai epic starring Toshiro Mifune (combining the talents of both my favorite director and my favorite actor), my dad prefers the comparatively lean, two-hour, technicolor English-language version with its dependable A-list cast, familiar genre trappings and all-around more familiar feel.  And, of course, there’s nothing wrong with any of that, as both are fine movies that are uniquely suited to the peculiarities of their imagined audiences.  And while Seven Samurai is, on balance, probably my all-around favorite movie, there is admittedly something to the way that Steve McQuen rides shotgun for Yule Brenner in the other film’s opening minutes, the way that he stone-facedly declares “we deal in lead, friend sometime later in the story.  It may ack something of Kurosawa’s gravitas, but it’s light and fun and irresistibly rewatchable in ways that the original never could be. 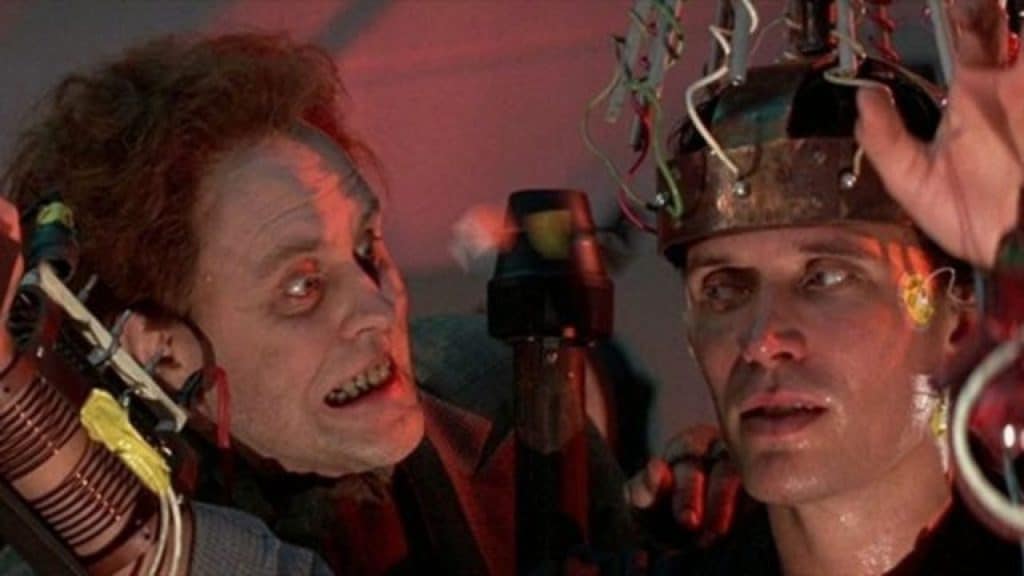 The Adventures of Buckaroo Banzai Across the Eighth Dimension (1984) – I spent the vast majority of my life thinking that The Adventures of Buckaroo Banzai Across the Eighth Dimension was a bad movie: not because I didn’t like it, mind you – until fairly recently, I’d never even seen the movie – but because its reputation as a legendary bomb and infamously confusing pile of mismatched continuity left little room in the popular discourse for it to be anything other than terrible.  So when I finally rolled my eyes and tuned into it earlier this year on a lonely Friday night when I had nothing better to do, I was shocked at what a fun, funny and incredibly well-made (if unconventionally so) film I had stumbled across.  While there is certainly more to be said on the subject of this movie than this little blurb could possibly get to, the most striking thing about this madcap, genre-spanning, B-grade comedy from four decades ago was just how familiar it all was: how it was basically the best MCU movie that Marvel never made, lampooning the very idea of tightly shared, inter-movie continuity decades before it became the dominant form of blockbuster entertainment.  It’s a joke that, if anything, plays so much better in the here-and-now, where it has multiple points-of-reference for audiences to connect with, rather than the comparatively obscure forms of serialized fiction that were either fairly quaint by the time of the movie’s release (movie serials and pulp magazine adventure stories) or not quite mainstream enough at the time to tap into a truly universal experience (comic books, which were only starting to crest as part of the comic book speculator boom).  And in the first year of the past decade without an MCU movie – at a time when we need these larger-than-life heroes more than ever before – something like Buckaroo Banzai seems perfectly poised to fill the gap left by Iron Man, Captain America, Thor & Co.

Stargate (1994) – Despite spawning an expansive multi-media franchise – including multiple long-running TV series that seemed to dominate TV when I was in elementary school – director Roland Emmerich’s original Stargate movie seems to be a relative obscurity these days.  In fact, more people seem more familiar by the myriad of movies that it went on to inspired by way of its ragtag group of explorers and memorable set design, such as Disney’s Atlantis: The Lost Empire (2001), than they are with the movie that set them off on their path in the first place.  Even my wife was utterly clueless about why I was so excited when it showed up on month on Amazon Prime, and then, two hours later, clapped like an giddy little kid during its bombastic desert climax a billion lightyears from Earth.  In so many ways, it feels like an early draft of Emmerich’s follow-up to it, Independence Day (1996), with its elaborate models, visceral special effects, giddy sci-fi destruction and broad character types that seem at once to be both everybody and nobody that we know in real life.  But there is still real charm here that you don’t get with his later work: a sense of momentousness and otherworldliness that combines a Jurassic Park (1993)-like sense of awe with the Bay-adjacent spectacle of its action scenes.  There’s a reason why this movie spun out into other media the way that it did, just as there’s a reason why none of its follow-ups could ever measure up to this veritable diamond in the rough. 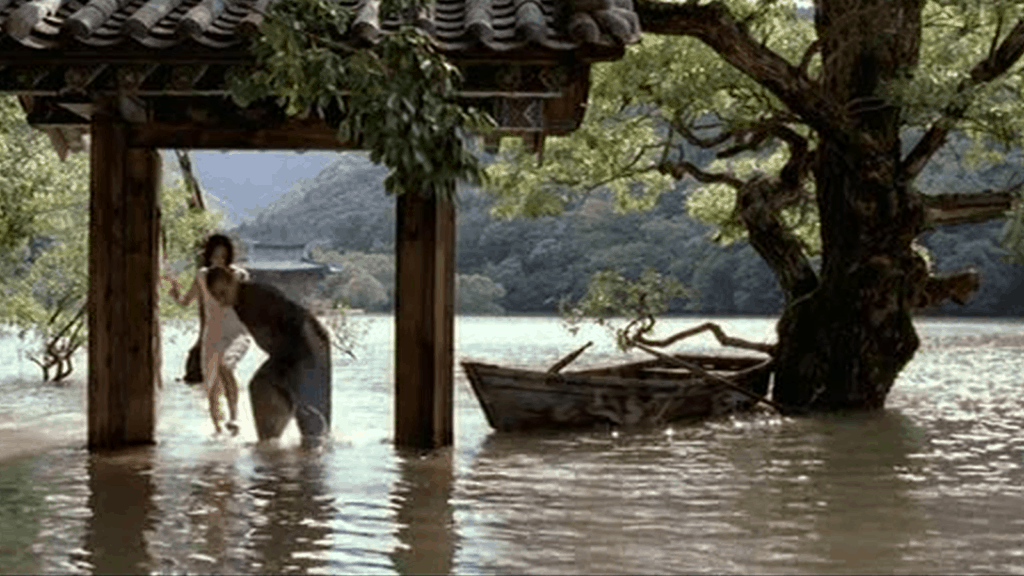 Spring, Summer, Fall, Winter… and Spring (2003) – I’ve brought up the subject of South Korean arthouse director Kim Ki-duk before.  Although he gets far too little attention outside of his home country – doubtless because filmmakers like Bong Joon-ho and Park Chan-wook have far more commercia sensibilities and are far more willing to work in the broad strokes of conventional genres – Director Kim is probably my favorite of the bunch.  In part because he is indeed so challenging by way of his subjects and so indefinable in how he chooses to depict them, there is simply nothing like the kinds of singularly unclassifiable films that he produces.  Although 3-Iron (2004) is doubtless still my favorite of his, in part because it feels like such a perfect culmination of his unique hang-ups and obsessions as a director, Spring, Summer, Fall, Winter… and Spring is probably his best known production.  Spanning five different seasonal segments, each corresponding to a point in the life of a Buddhist monk and his teacher, the film draws upon Buddhist tradition and iconography in order to tell a subtle, serene and even seductive story that, despite its specificities, speaks to the universal passage of time that we all must face.  And, like 3-Iron, it chooses to do so quietly, in a perpetual state of near-silence throughout its entire runtime, forcing us all to lean in close and pay breathless attention to every softly realized action. 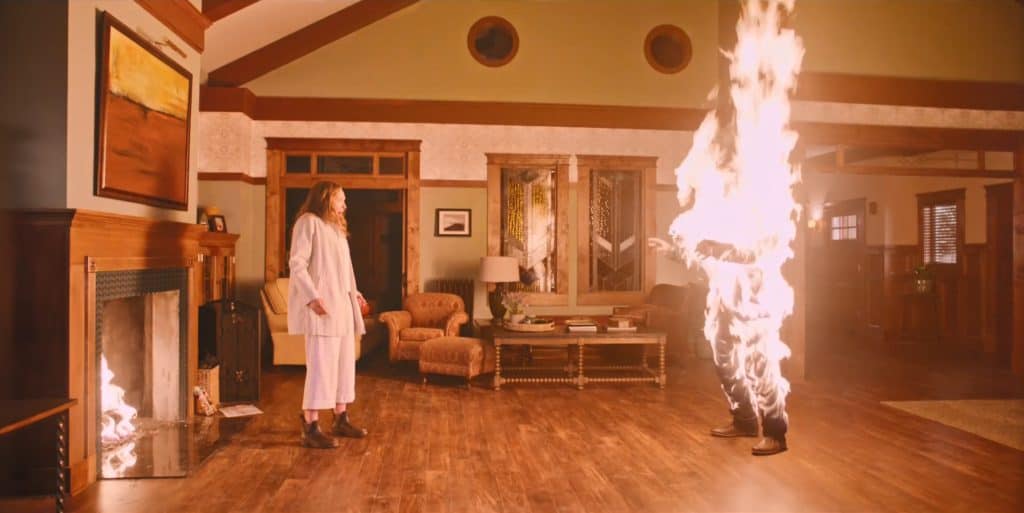 Hereditary (2018) – Although the traditional guardians of “good taste” would have you believe otherwise, the very best movies to come out of the last decade or more have all been horror movies.  The home stretch of the 2010s have resoundingly consisted of Mother! (2017), Hereditary (2018) and Us (2019) (although even 2019’s consensus favorite, Parasite, shifts seamlessly in and out of horror throughout its final hour).  Contrary to what an awful lot of well-meaning (but hopelessly off-base) people have insisted over the years, horror is an intimately political genre: casting in sharp relief the fears, anxieties and concerns of every age in which it has existed.  But while much of the best horror in the 2010s have been witch-centered (Antichrist, The Witch and The Autopsy of Jane Doe all immediately come to mind), there has also been an undercurrent of medically-theme horror surging through our cineplexes: movies like The Babadook (2014), Midsommar (2019) and, yes, Hereditary, a movie where a deeply unwell woman with a long family history of mental disorders turns on her family as a consequence of her worsening delusions.  I know that this is not the popular interpretation of the film, but it is one that is borne out by any close examination of the actual text of the film (and echoed quite powerfully in director Ari Aster’s follow-up to it from last year).  And with October again upon us, when horror movies find themselves at a premium in the popular consciousness, I encourage you to watch the film again with this reading in mind.