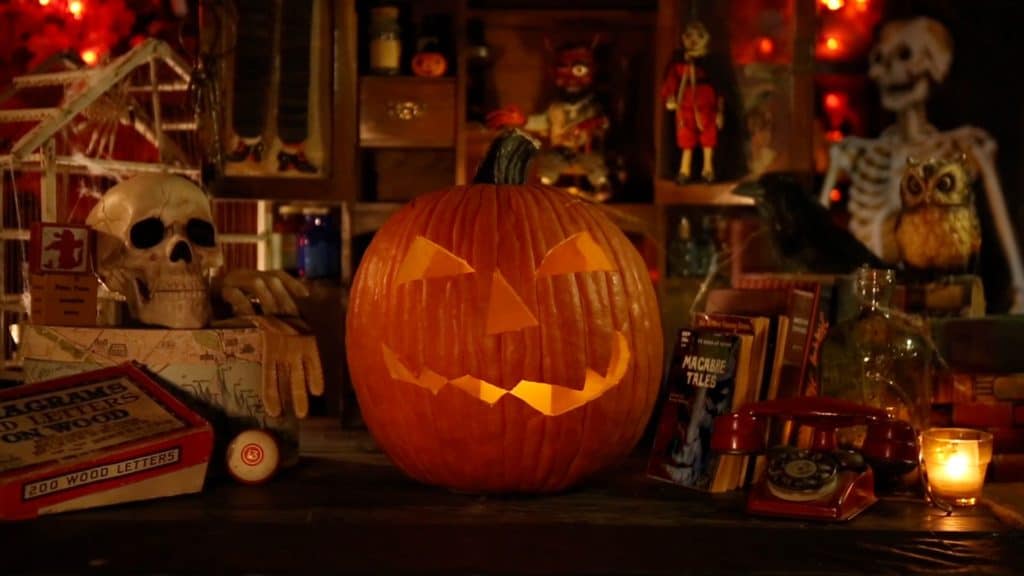 There is simply no better time to be subscribed to Shudder than in October.  Due to its acute focus on horror and horror-adjacent films, the streaming service becomes an invaluable (to say nothing of inexpensive) source of the best movies for Halloween.  Stately adaptations of renowned literature, lurid slashers, ghastly ghost stories, genre classics and foreign oddities are all accounted for within their expansive horror catalog.  They even have a “Ghoul Log” as an autumnal answer to those looped videos of Christmas fireplace you find on other streaming services.  So dig in this holiday season to all the best scares that the internet has to offer you.

The Masque of the Red Death (1964) – Works of classic literature have long been a source of fascination for filmmakers.  From the novels of Bram Stoker and Mary Shelley to the short stories of Edgar Allen Poe, many of the best horror films ever produced have been reproductions of what scared prior generations of genre afficionados.  Coming off of a fallow period for the genre during and after World War II, Roger Corman – grandiosely referred to in some circles as “The Pope of Pop Cinema,” although more often thought of in terms of his exploitation “film school” that produced filmmakers as esteemed as Martin Scorsese, Francis Ford Coppola, James Cameron, Ron Howard, Jonathon Demme, Peter Bogdanovich and Polly Platt – developed a series of Edgar Allen Poe adaptations starring the outlandish Vincent Price.  These are lavish productions, with lush theatrical sets and costumes, and besides being eerily attuned to our present moment of time (a bunch of rich people holding a party at their palatial mansion in the middle of a plague caused the recent outbreak of Coronavirus at the White House and doubles as this film’s actual plot), holds up as a good old fashioned yarn for the hastening dark of October 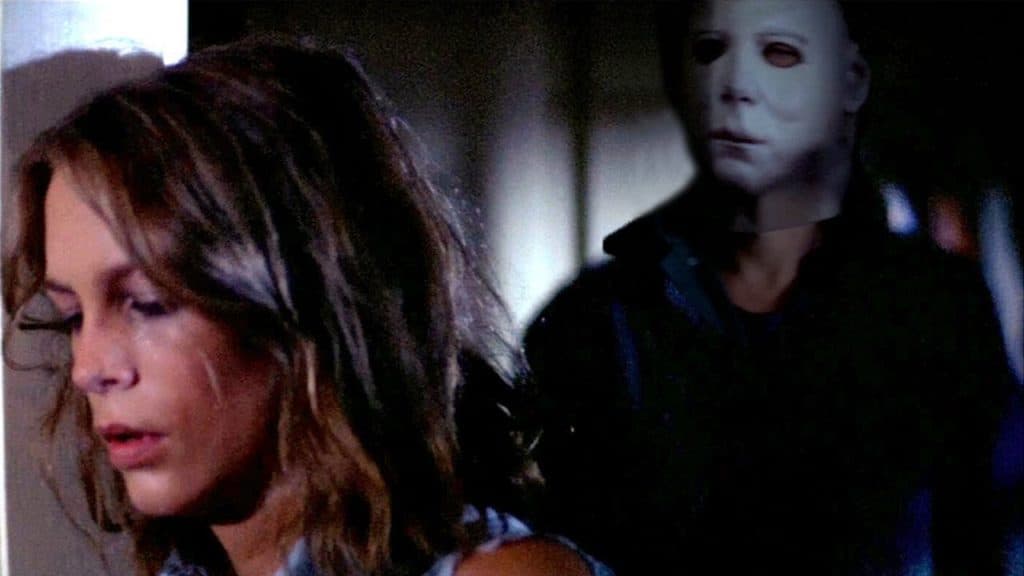 Halloween (1978) – There’s a tradition in my house, has been ever since I was told that I was too old to keep trick-or-treating and decided instead to marathon as many horror movies as I could when it got dark after school.  While the movies surrounding it may change from year to year, no All Hallow’s Eve is complete in the Hadsell household until we watch John Carpenter’s iconic “first” slasher film.  I say “first” because it was the first film to really coalesce a lot of different horror ephemera that had been floating around since the early 1960s, since Michael Powell’s Peeping Tom (1960) and Alfred Hitchcock’s Psycho (1960) kicked off an escalating trend of increasingly horrific thrillers that wound through Italy by way of the Gialli of the 1960s and 70s, and back in blunter and more graphic North American proto-slashers like The Texas Chainsaw Massacre (1974).  Conceived, in part, as a spiritual follow-up to Bob Clark’s North of the border classic Black Christmas (1974), Carpenter’s Halloween perfectly distills these pre-Slashers into their simplest and most iconic elements: the masked killer, the terrible place, the melee weapon, the final girl.  Simply, he cleaves the nascent subgenre to down to the marrow, leaving only the most necessary elements on-screen. 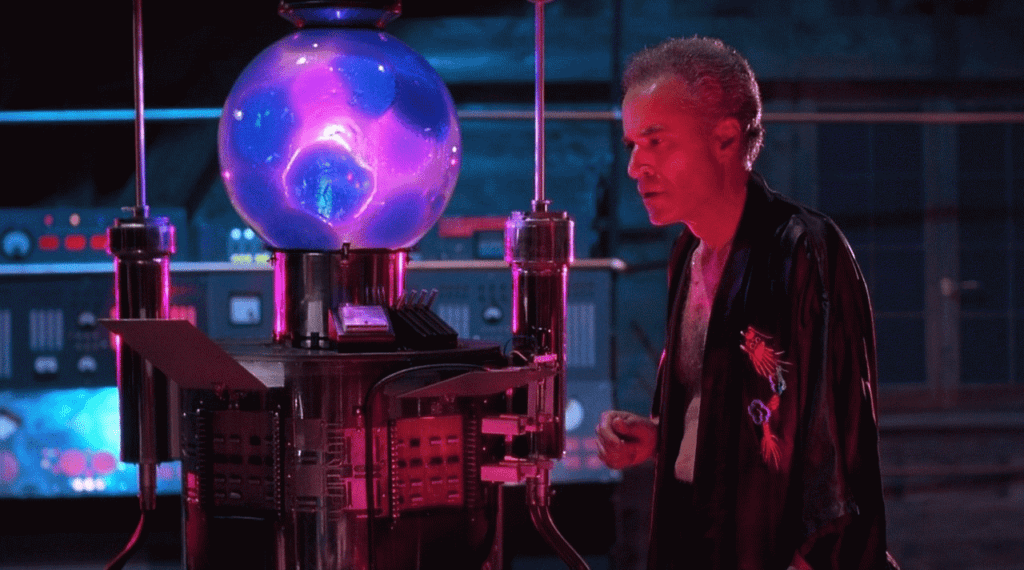 From Beyond (1986) – Although Lovecraft has never been more popular than he is today, his body of work is notable for just how challenging it is to adapt for the present moment.  Even disregarding the rank racism, sexism and antisemitism that underlies the themes, characters and plots of his stories, most of what interested him as a writer – and us as readers – are things that are inherently unknowable: indescribable terrors, unnamable monsters, unfathomable psychoses.  By their very nature, they are beyond the human capacity for description… so how exactly are you supposed to film it?  Many have attempted to reconcile these facets of his writings, some more admirably than others (in particular, Andrew Lemon’s 2005 silent adaptation of The Call of Cthulhu and this year’s adaptation of The Color Out of Space from Richard Stanley stand out among the crowd), though none have had quite the success that the late Stewart Gordon did over the course of his decades-spanning career.  Although best known for his debut film, a the loosely adapted Re-Animator (1985), he did a number of chilling Lovecraft adaptations that somehow captured the essence of its esoteric terror while grounding it in something concrete enough to actually depict on-screen: a feat that he accomplished mostly because he was willing to throw out everything but the core concept of the initial story and build the movie from scratch around it (basically the same approach that the MCU takes when adaptation its storylines to the big screen).  From Beyond is certainly one of his more obscure undertakings in that regard, but, perhaps as a consequence, it’s such a fascinatingly out-of-nowhere piece of work: a madcap mix between a haunted house story and a mad scientist film.  It captures the essence of Lovecraft’s dark imagination while simultaneously shedding away all of the virulent ideologies that are, quite frankly, better left in the 1890s. 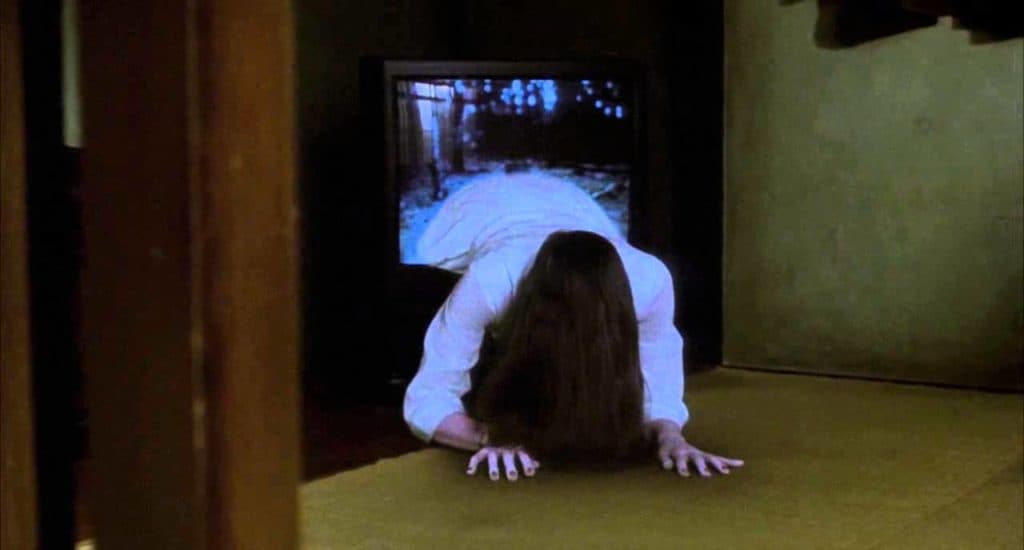 Ringu (1998) – Japan has always had a fascinating relationship with the modern world in its horror movies: quite frequently merging traditional ghost or body horror stories with the latest technical innovations that were rapidly being adopted by the general public.  Similar to 1989’s Tetsuo: The Iron Man – another Shudder offering that I cannot recommend highly enough – Ringu explores the various social anxieties surrounding modern technology.  In this case, it quite famously melds the folkloric horrors of urban legends with the latest means of memetically spreading these stories throughout the public.  Most fascinating of all, however, as modernity gives way to nostalgia, I actually find myself more drawn to this film in the present – long after the analog nature of VHS tapes have given way to digital discs and streaming services – when the now-old school tech has a kind of exoticism all its own.  And if you find yourself wanting more after dipping your toes into the world of J-Horror, there’s an entire franchise out there on Shudder for you to discover (including a monster mash crossover between this and the Grudge movies). 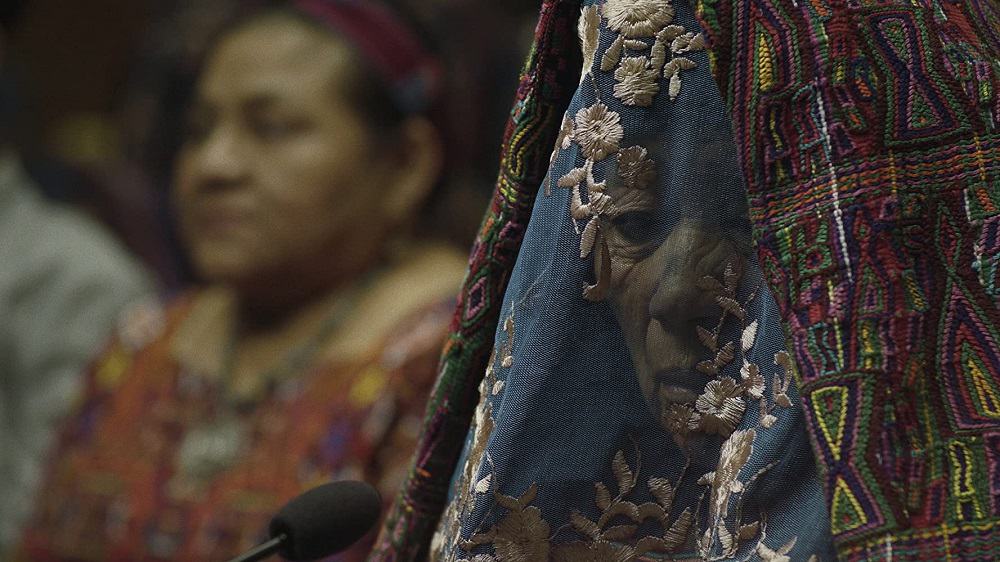 La Llorona (2020) – Already shortlisted as one of the possible Guatemalan Oscar submissions for this year’s upcoming ceremony, La Llorona is not to be confused for the Conjuring-adjacent cashgrab The Curse of La Llorona from last year.  Rather, La Llorona is an exploration of national trauma through the lens of a traditional ghost story, where an aging general (who committed genocidal atrocities decades prior) is beset by a vengeful spirit when the formal avenues of justice prove insufficient for the task they are charged with.  At times exploring the terrors of aging (as in this year’s Relic) while at others depicting the lingering pain of injurious trauma (as with Guillermo del Toro’s Crimson Peak), La Llorona successfully threads the needle between these parallel narratives and delivers a portrait of the very real injustices done to the people of Latin America over the decades: psychic wounds that very likely will heal in full.