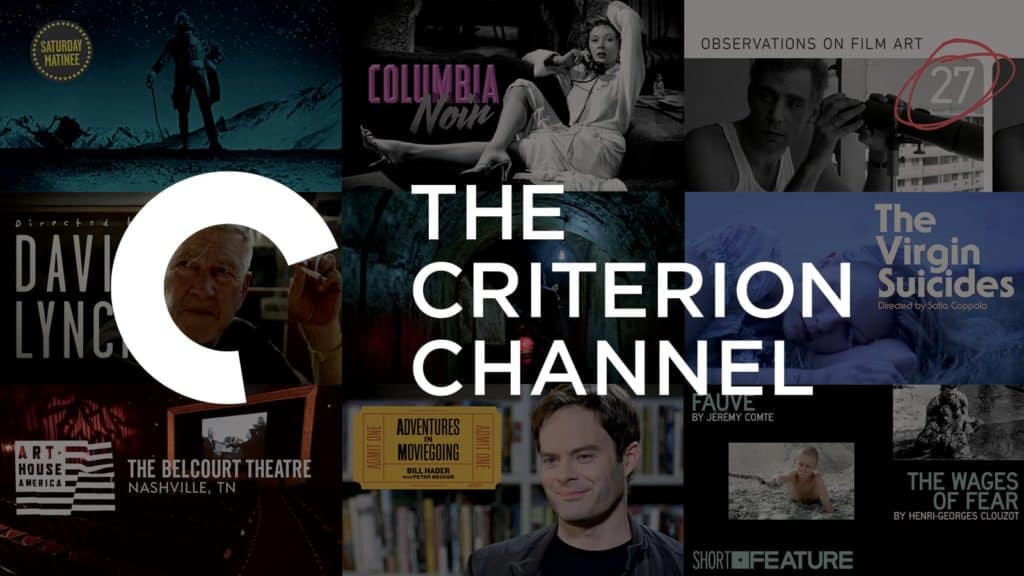 Month after month, season after season, the Criterion Channel has proved itself to be THE quarantine streaming service of choice.  Between its carefully curated content, its global focus and some of the absolutely wild things you can find on there – perhaps best encapsulated in its soon-to-disappear Herschell Gordon Lewis collection – it has provided the best and most interesting things to watch while shuttered up at home trying to wait the Coronavirus out.  And, yet again this month, its new and existing content is the perfect balm to the shifting weather and the increasingly apocalyptic landscape of 21st century living.  So crack open a cold one, put your feet up and buckle in for another rousing month or more of sheltering in place Criterion-style. 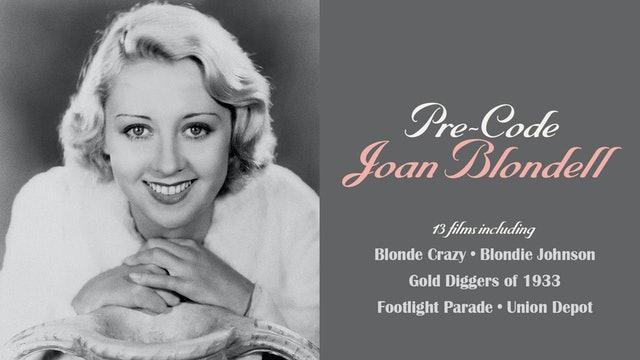 Blondie Johnson (1933) – People always love to complain about how state and stagey old Hollywood movies are and, for the most part, I get it.  Through the 1930s, the technical limitations of sound film meant that people really just stood around in one spot for most scenes; starting in 1934, the strict enforcement of the Hays Production Code meant that sex, drugs and other “rude” subject matter was pretty much off the table; plus the fact that much of this period was set in and around the great depression, there were a lot of escapist fantasies set in the back parlors of stately mansions.  What I never understood, though, is why so many people steer clear of Pre-Code movies, which were stuffed-to-bursting with intensely sexual repartee, gangland violence, rampant drug use and hard-hitting subject matter that would not have been allowed even a few years later.  Seriously, Pre-Code films are absolutely insane, and for all of their technical restraints and old-fashioned style, they play out a Hell of a lot closer to today’s movies than what we tend to think about when we think about “Old Hollywood.”  Fortunately, the Criterion Collection has just added a sprawling 13-film retrospective of Pre-Code movies starring the scene-stealing Joan Blondell, whose punchy, wise-cracking on-screen persona stands out against the unrestrained, monochromatic mishegas that ruled the silver screen before Will “Buzzkill” Hays reeled in Hollywood productions for the next three decades. 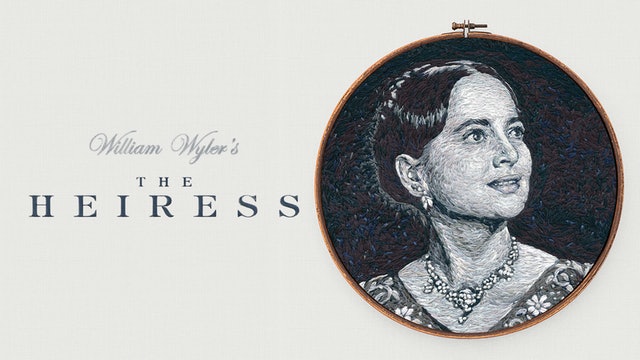 The Heiress (1949) – In the wake of Hollywood legend Olivia de Havilland’s death, I was amazed at just how little of her work was widely available to stream outside of the eternally underwhelming Gone with the Wind (1939).  She was the last of the marquee actresses from the Hollywood Studio System – both an incredibly prolific thespian who lit up the screen whenever she was on it and a firecracker businesswoman whose legal battle with studio moguls still informs California law to this day – and history has somehow managed to flatten her to a second-rate supporting part in one of the most notoriously racist “classics” to ever hit movie screens.  Thankfully, to honor her work and memory, the Criterion Channel added this rare gem of a film to their catalog.  Often cited as one of de Havilland’s best performances, this William Wyler-directed drama won the actress her fifth Oscar nomination and second Oscar win (following her acclaimed performance in 1946’s To Each His Own).  It’s the kind of heightened, stylish drama that Hollywood studios perfected throughout the 1940s with movies like Citizen Kane (1941), Casablanca (1942) and The Best Years of Our Lives (1946), and there’s scarcely a better example of it than there is here. 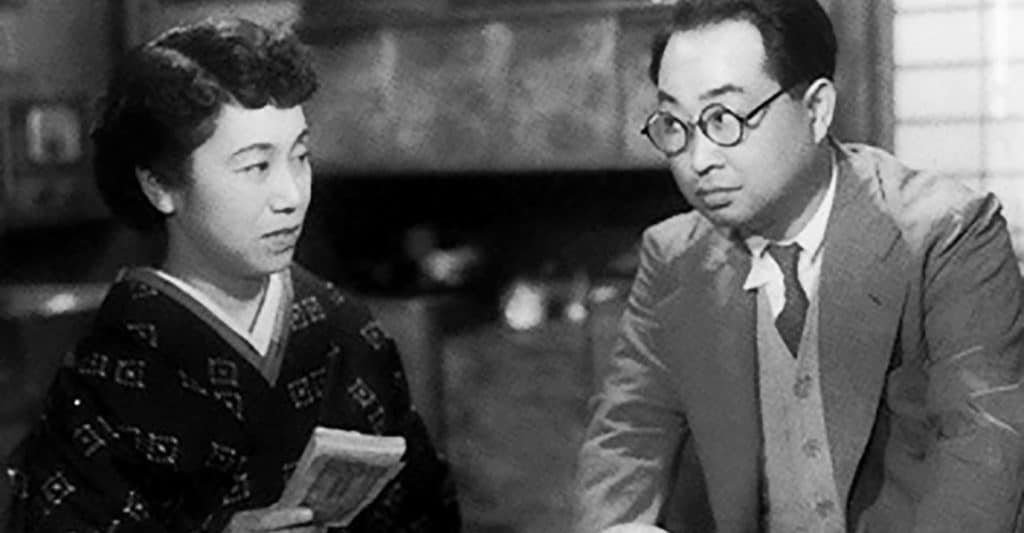 Late Chrysanthemums (1954) – When it comes to the Japanese Golden Age of the 1950s, three names positively dwarf the competition: Kurosawa, Ozu and Mizoguchi.  However, the truth of the matter is that the island-nation was replete with incredibly talented filmmakers whose singular works are too-often overlooked for Samurai epics and Kaiju catastrophes.  When it comes to Western lovers of Japanese films, the works of director Mikio Naruse comes as almost an afterthought (if it even comes up at all).  Much like Ozu, Naruse was a master of the intimate, female-centered domestic dramas that were standard studio fare in post-war Japan (fans of Satoshi Kon’s Millennium Actress will doubtless recognize the influence of Naruse’s work when they see its source).  And while there are plenty of the man’s films to experience on the Criterion Channel (my introduction was the 1951 drama Repast, which was breathtaking in its refined, zen-like simplicity), I would imagine that Late Chrysanthemums, a drama focusing on an aging geisha who has parleyed her financial success as a performer into a robust money-lending business.  Filled with the rich nuances of everyday relationship politics, the film acts as a perfect showcase for the talents of both its director and his legendary muse (the great Haruko Sugimura)

Yojimbo (1961) – Or maybe you really just want the visceral thrill that only comes from the razor’s edge of an action-packed Samurai flick.  There, too, the Criterion Channel has you covered.  Perhaps one of the easiest entry points into both director Akira Kurosawa’s and actor Toshiro Mifune’s filmographies, Yojimbo is a stylishly told story about a ronin who plays both sides of a deadlocked gang war against one another.  At times playing off like a more violent version on The Tale of Zatoichi (1962) or an Asiatic take on an American western (famously, Spaghetti Western director Sergio Leone ripped off Kurosawa’s film for the 1964 film A Fistful of Dollars with Clint Eastwood), Yojimbo stands as one of Kurosawa’s most animated and entertaining films.  And when you’re done with it, the Channel also has its sequel, Sanjuro (1962), as well as Leone’s A Fistful of Dollars to chase it down with.

Soleil O (1970) – One of the best ongoing collections that the Criterion Channel has to offer is Martin Scorsese’s World Cinema Project.  A collection of often overlooked and freshly restored international classics that is now in its third iteration, the films are an even more wonderful a gateway to the wide world of global moviegoing as even the Channel’s generally sacrosanct Art House Essentials, as the World Cinema Project generally focusses on national cinemas from countries that are critically under-represented in both the Criterion Channel and Criterion Collection (namely Latin America, Africa and the non-Japanese reaches of Asia).  The most recent update to the collection, includes the Cuban Lucia (1968), the Mexican Dos Monjes (1934) and the Mauritanian Soleil O, a notoriously difficult to find film (until now, that is) that is uniquely positioned to speak to our time of racist oppression and revolutionary politics.  It is a blazing reminder that our problems are always larger (and older) than we assume them to be and are one of the many, many things that connect us with others the world over. 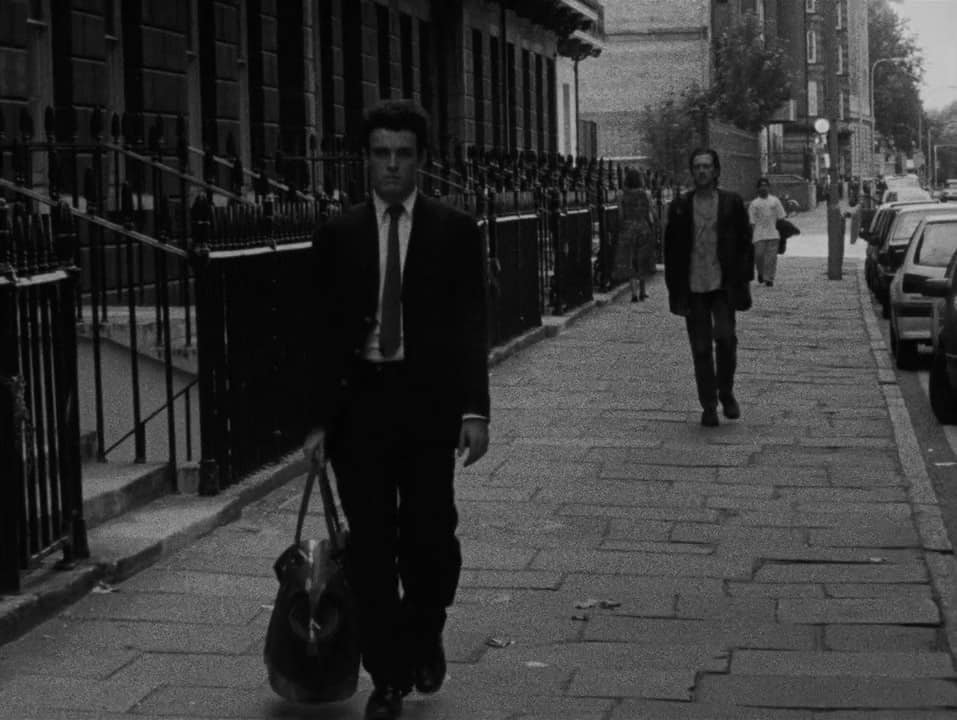 Following (1998) – With his latest film, Tenet (2020), flopping hard stateside due to his (and Warner Bros’) bullheaded insistence that it only be released in theaters during a lethal global pandemic where in-person moviegoing is one of the riskiest things you can do, directorial wunderkind Christopher Nolan is again on the lips of every moviegoer the world over.  It is infuriating to see a director of his monumental status and influence decide that seeing his latest, middlingly-reviewed sci-fi thriller is more important than actual people’s lives (spoiler alert: it isn’t, regardless of the movie’s quality) and I, for one, will simply wait until I can see the movie in the safety of my own home.  But of all the Nolan movies great and small, it’s his first, sometimes-successful film that I find to be his most intriguing.  A comparatively rudimentary exploration of his familiar themes of masculinity and temporality, this monochromatic neo-noir is a fascinating look into the analogue filmmaker who would go on to energize a passionate segment of the filmgoing public for the past two decades.  I can’t say that Following entirely works, even on its own terms – Nolan was clearly feeling his way through the filmmaking process and hasn’t nearly the grasp on the medium that he’d acquire even a scant few years later – but it is an exciting little yarn that is doubtless far more satisfying than catching Covid in a half-open theater because you wanted to see John David Washington run backwards for two and one half hours.