Home
Entertainment
5 Really Weird Ways That Actors Got Into Character 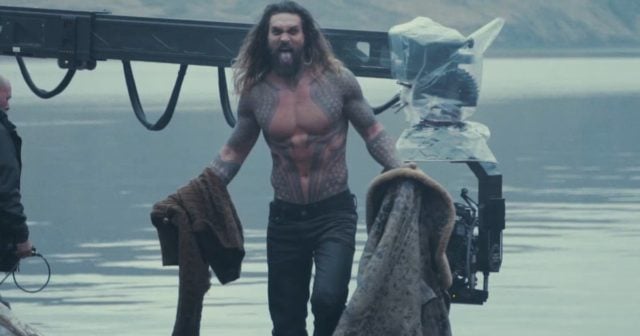 Sometimes you really have to wonder just how certain actors can nail their characters so well and not flub their lines so often. It’s like they know exactly what to do and how to react any given moment in the film. This isn’t just luck or raw, unfiltered talent though, a lot of actors have to get into their part in their own way and find a method that works so that they can do the part without seeming as though it’s contrived or otherwise forced. Many fans would agree that the actor who is fully into his or her role can slip into and actually become that person rather than just look like they’re remembering lines from a well-tailored script.

Here are just a few actors and what they’ve done to get ready for their roles.

Yes, the movie was a flop, and yes, it didn’t do any justice to the original. But Momoa wasn’t really the problem, it’s that they didn’t stick closely enough to a story line that was proven and had worked in the past. Sigh, if there’s one thing I’d like to impart to those that write for movies and TV show it’s this, STICK TO THE SOURCE MATERIAL. Anyway, for Conan, Momoa became the total hardened dude by blasting heavy metal at all hours and acting like the total frat boy.

You might not remember this film but that’s okay because it really kind of flew under the radar for the most part. To prepare for the part of the unknown assassin though Tom Cruise actually delivered for the UPS for a short while to get the feel of being able to get into and get out of a place without being recognized. That was the whole point of the movie to be quite honest, to go unnoticed until it was too late.

Okay, how does eating wolf flesh get you ready for a role? Apparently the director of The Grey, in which Neeson plays a depressed wolf-hunting security officer, told the entire cast that it would help them to get into character. The result was that PETA asked for a boycott of the movie and Neeson was lambasted for the role. Doesn’t really seem worth that much.

This was Thornton’s directorial debut and in order to get the right shuffling walk that he needed for his character he put ground up glass in his shoes. One can only imagine the pain he was going through with each shuffling step. He must have yelled “cut” a record number of times during the filming. Really, no pun intended.

This might be one of the tamer things on the list but DeNiro actually obtained a hack license and took up a job of driving people around New York City in a cab. He felt that he had to get the real feeling of what it was like to drive and to service people in such a manner, plus he wanted to get the feel of the streets so that the role wouldn’t seem fake.

To each their own, but some of these just sound brutal.