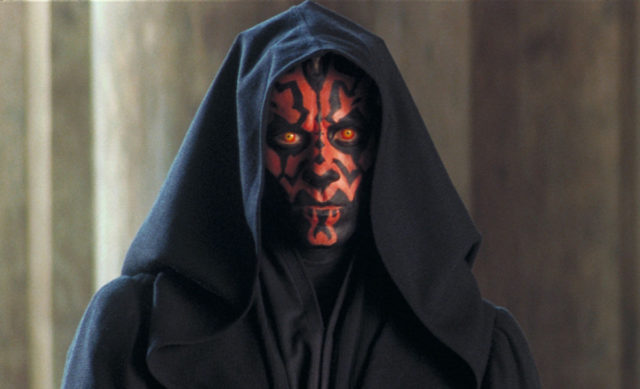 In terms of who’s the better bad guy this one is extremely close. Both Vader and Maul are absolutely vicious when it comes to battle and relentless when pursuing their enemies. However there are some notable differences. Maul was taken by his mentor Darth Sidious as a youngling and turned to the dark side without hesitation. Vader had to be seduced to the dark side and in truth he was never a complete Sith so long as even a memory of Anakin Skywalker remained. So in terms of who was better at what they did the edge has to go just barely to Maul. There are other reasons though why Maul is far more capable of a Sith lord than Vader was.

Here are five reasons why that’s so.

5. Maul is faster and more agile.

You could claim this is because he wasn’t made into a full amputee but then you need to recall that he had his lower torso and legs removed. Had you pitted Maul and his fully-functioning body against Anakin Skywalker in his prime that might have been an epic battle. But even when he returns as a half-cyborg Maul is far more nimble and agile than Vader has ever been after donning the armor.

4. His past is a mystery unlike Vader’s.

Despite the fact that we know Maul was taken by Senator Palpatine/Darth Sidious as a youngster, his past is still largely unknown. It is know that he came from the planet Dathomir originally where he had a brother, Savage Oppress, but not a lot is known other than this for certain.

3. He had no help in recovering after his defeat.

When Vader was defeated he was little more than a torso lying upon the molten shore of Mustafar. He would have died if not for the Emperor’s timely appearance. Maul on the other hand fell down into a trash compacter where he had to look after his own survival. He went mad not long after finding a way to escape, but he did it all on his own.

The argument here is that Vader is hampered by his need to obey his master and do as he is told. Maul was once the same way, but he was more akin to a rabid dog straining at his leash than Vader, who was the mad dog that waited patiently to be ordered to attack. Maul wasted no time when he was set on his course, and did not engage in formalities that often when confronting his prey.

1. He took on Darth Sidious and survived.

Not even Vader can make this claim. The only time he struck out against Sidious was near the end of his life when he threw the Emperor over the railing and into the bowels of the Death Star. Maul actually took the Emperor on blade to blade and survived. Granted, Sidious gave him a beat down he wouldn’t forget, but he did survive. Plus, Sidious only kept him alive because he had another use for him in mind.

Star Wars fans keep in mind that Vader and Maul have squared off before in a non-canon fight, and despite his vicious nature, Maul was defeated. While he’s superior to Vader in many ways, Maul is not infallible.