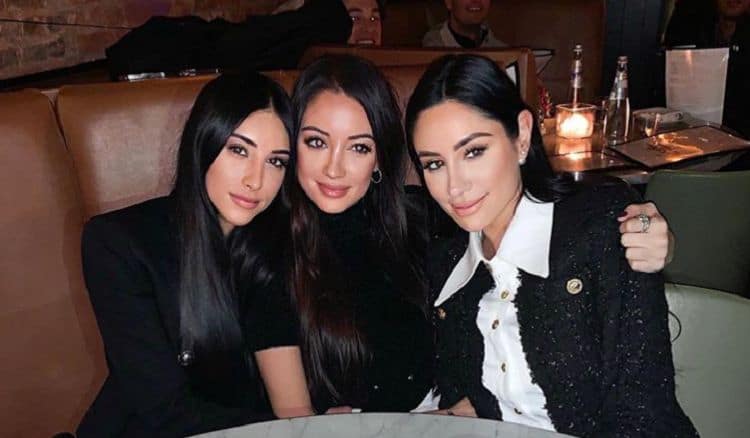 Sometimes reality television can create negative connotations toward a show before the show ever airs – alienating the public. The truth is that there are multitudinous reality television shows that are distasteful and degrading. It is not difficult to understand how some people here reality television show and automatically ascribe to it some sense of negative influence. However, The Hair Goddess is a show that television desperately needs. It is about a New York Hair Stylist that uses her unique gifts and skills to help cancer patients find the best possible look while they are undergoing treatments like chemotherapy.

Christina has definitely created a buzz, but there is still a lot that people don’t know about her, so we decided to share a few things to get you up to speed.

It takes some people a significant amount of time to find themselves and to find their passion. However, Christina Oliva has known what she wanted to be and do since she was a little girl, so when she turned 18 she invested the time energy and effort to become a licensed cosmetologist. Since then, she has been working to enhance her skills while making an impact in the lives of the people who walk into her salon.

2. She Has Developed Her Own Extension Method

While there is much debate across the United States, and beyond, when it comes to the use of hair extensions as an aesthetic enhancement mechanism, there are literally people who need these types of techniques to experience any sense of normalcy. Cancer patients will often lose most or all of their hair during Chemo, and Christina has developed an extension method that allows her to literally work magic with these patients – helping them find their best self.

3. It Is a Family Affair

Because of the popularity of the salon and celebrity status of Christina, there is no shortage of clients lining up to get into her salon. For that reason, the entire family has been recruited to help make sure that the salon runs smoothly. When we say family, we are including both parents, Frank and Donna, her sister, Victoria and even her cousin, Anthony. It is definitely a family affair, and they find a way to keep things flowing smoothly, although it is not always easy.

4. She is Also a Social Media Goddess

Television and film media used to be the most accurate tool for measuring the popularity of a celebrity. You would simply count their viewers or how many tickets were sold at their last movie; however, now you can simply go to any one of their social media profile to see how many followers and fans they have. Currently, Christina is ruling Instagram with more than 40,000 followers. Christina understands the importance of maintaining a social media presence and she is definitely using it to her benefit.

5. She Can Be Characterized as Down to Earth Rich

There is this common perception that all people who become rich also inherently become stuck up and unapproachable, but that is actually an over-generalization that does not apply to Christina Oliva at all. In fact, every person who comes in contact with her immediately falls in love with her. While some see her as simply the next in a long line of TV reality stars coming out of Staten Island, she is actually a breath of fresh air that is simply enjoying life with an unbridled passion for hair styling.