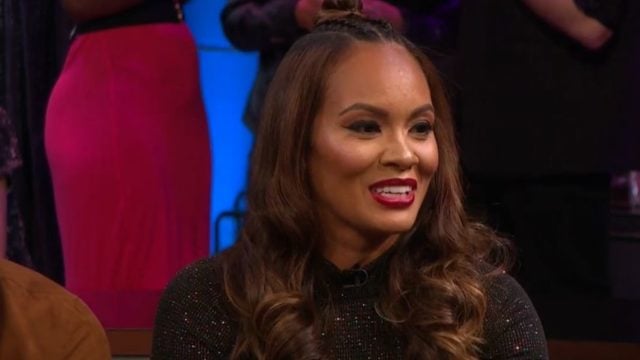 Reality TV has taken the world by storm, and while you can find reality TV shows that focus on almost any topic under the sun, it is absolutely certain that being a wife of someone who is famous gives you a hand up in the reality TV genre. There are all types of housewives making it on to reality TV, and the tide does not seem to be subsiding. One of the more on again, off again reality characters is the beautiful Evelyn Lozada. The Puerto Rican bombshell was recently asked to reveal five things that most people would not know about her, and she did not disappoint the audience.

1. She Had a Cat Named Gorgeous

While having a cat may not be much of a secret, the story behind the cat is hilarious. It seems that this cat named Gorgeous only liked Evelyn, meaning that Evelyn’s mom was on the outside looking in. As a form of retaliation, Evelyn’s mother got rid of the cat, but that was not the end of the story. The cat came up pregnant, and when it went into labor it showed back up at their doorstep to give birth. She said that the cat was at the door crying with the first kitten half way out.

2. She Was a Huge Fan of Barbie Dolls

Almost every little girl has a fascination with Barbie dolls, so what is the big deal about Lozado’s love for the famous doll. Well, it seems that she took it to an entirely different level. She had everything Barbie, which can actually explain a lot when you think about it. She said that she had the Barbie dollhouse, and that he Barbie wore designer clothes. She even had her own Barbie corset that allowed her to get in on the fashion fiesta that she was creating with her doll.

3. She Had a Weird Appetite as a Kid

The star admitted that she had somewhat of a weird appetite when she was a young girl. She said that she would get her mother to make jelly sandwiches with mayo instead of peanut butter, but it had to be on Italian bread. According to Evelyn, she absolutely loved those sandwiches. That goes a little bit beyond weird, but who gauging weirdness in this day and age. To each his/her own.

She says that when she was young, she was in a girl group in the neighborhood. In the group, her name was Diamond. What is funny about this group is that everyone wore jelly shoes. Of course, this is when jelly shoes were a fad, but nobody admits to wearing jelly shoes, no matter what. When she speaks about this particular phase, she actually gets lost in the reminiscing.

5. She Had a Job at Hallmark

Evelyn revealed that when she was 10-years-old, she had a job at Hallmark, but her supervisor did not pay in cash. Instead, she was paid with stickers. Is that even legal, and what about child labor laws? There has to be more to that story that she is divulging. Well, one could say that Evelyn has always been on her grind.