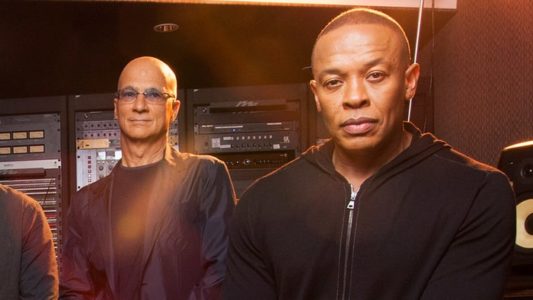 While most people are keenly aware of who Dr. Dre is, those outside of the music industry are less likely to be aware of who Jimmy Iovine is. The truth is that Jimmy Iovine is one of the most influential men in the world of music. He is far more than the co-founder of Beats headsets, which he and Dr. Dre sold to Apple for a cool $3 billion. When those in the music industry speak of these two music moguls they generally define Dre as the innovator and Jimmy as the elevator. In other words, Dre is a creator and Jimmy makes things and people better.

With the new show, The Defiant Ones, depicting the life of Dre and Jimmy, we thought it would be a good time to share some things with you that you didn’t know about this musical genius.

There are a number of different people who make the postulation that Jimmy Iovine came from money – making it easy for him to make the power moves he now makes in the music industry. The truth is that he was born in Brooklyn, New York, and he was the son of a longshoreman. Actually, Jimmy’s start in music begin with him cleaning up the studio as a teenager, and he literally worked his way up by learning everything he possibly could about music.

Not only is Jimmy Iovine known as one of the founding partners of Interscope records, he is also given credit for having the foresight to bring in Dr. Dre and his newly founded Aftermath records when he decided to leave Death Row Records in the mid-90s. Iovine would sit as the CEO for the company and was also acting CEO of Interscope Geffen A&M. He would eventually make several more powerful moves within the industry that would ultimately set him apart from his contemporaries.

While the rich, especially those in the music industry, have garnered a reputation for being self-absorbed, Jimmy Iovine and Dr. Dre have proven to be quite generous with their money. The two donated a total of $70 million to the University of Southern California for the purpose of creating the USC Jimmy Iovine and Andre Young Academy of Arts, Technology and the Business of Innovation. This school will open the door for future minds to completely change the world of entertainment and technology.

4. His Relationship with Apple is Longstanding

Most people might assume that Jimmy Iovine’s relationship with Apple began when they started working on purchasing Beats; however, the truth is that Iovine was a longtime friend of Steve Jobs and he was relentless in attempting to get other record producers and recording companies to sell singles on iTunes. In fact, one of the executives at Apple revealed that Jimmy was one of the first people outside of Apple to see iTunes before it was rolled out to the public.

5. Iovine is Now a Senior Executive at Apple

To continue his relationship with Apple, Jimmy Iovine has accepted a senior executive position in which he will be reporting directly to Apple’s Content Chief, Eddie Cue. Iovine will be counseling the company as to how people will be listening to music as future unwinds. It is not completely clear as to the depth and scope of this new relationship, but it will definitely be optimized by Iovine.