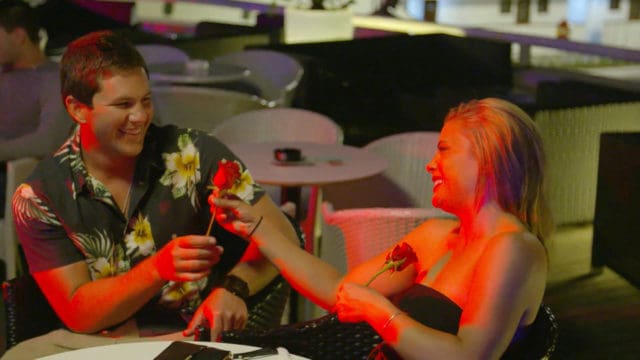 For some people, it may come as a bit of a surprise that yachting actually has its own industry so to speak. For every yacht that goes out to see, there will be captain, chef, decks hand and staff for the galley – not to mention the cleaning and serving staff. There is literally an entire workforce sector assigned to yachting. With this in mind, producers came up with the idea of creating a reality show observing the staff on yachts and how they function day to day. You might be surprised at just how interesting things can get. One gentleman that is definitely creating a stir on Below Deck Mediterranean is Wes Walton.

Outside of him being a heartthrob and candidate of internet boyfriend, there are some other things you need to know about this young star.

There is a poor misconception about reality television stars that is perpetuated through narrow-minded thinking. There are some people who think that only uneducated less cultured people will volunteer to have their personal lives filmed; however, this could not be further from the truth. In fact, Wes has a degree in economics and environmental science. He actually entered into yachting as simply a way to make some quick money until he found his footing, but here we are four years later and he does not appear to be going anywhere anytime soon.

2. He Has Leadership Coursing through His Veins

Some people believe that leaders are born while others believe that they are created and cultivated, but no matter what side of the debate you fall on, you will have to agree that Wes is a natural leader. He has been the captain of his chess club, polo team, and pretty much any other organization he was involved with. He is immensely focused and committed to being at the top of anything he does, which continues to create opportunities for him.

3. He Is From South Africa

Growing up in South Africa under extremely strict parenting is what set the stage for Wes Walton to set the course of his life and follow it with such great discipline. The reason that he has the title of bosun at the age of 25. He is disciplined, driven and completely aware of where he is going. He reveals that his parents had an immensely high expectation for his life, and he naturally assumed those same expectations as he grew into a man, and now he challenges himself daily to achieve more and more.

4. His Parenting Influences is Capacity in Yachting

5. He is Currently Caught in a Pending Flirtatious Triangle

Who knows that if you want to create disharmony between two men who focused and in sync with a common goal all you have to do is introduce a beautiful blond into the equation. Well, obviously, the producers knew that as well. Enter Malia White, a gorgeous Blond who has taken a liking to both Chef Adam Glick and bosun Wes Walton. She has clearly been flirtatious with both, now we must wait to see if this leads to any dissension.