Home
Movies
A Battlestar Galactica Movie Seems to Be Happening 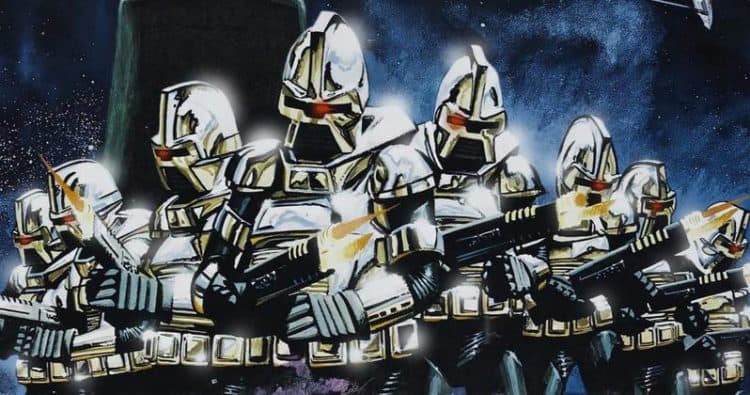 A lot of fans would agree that this has been a long time coming, but it does sound as though a Battlestar Galactica movie could finally be reaching the point where development is a very real possibility. How long it might take to turn this into a big screen affair is hard to say since it does sound as though it’s possibly happening, but as of yet, there’s no timeline that has been established. Right now it doesn’t even sound as though anyone knows whether the source material from the late 70s and early 80s is going to be used or if it will follow the more recent story that has been floating around for the last several years. To some, it feels likely that the older source material might be what will see the light of day when all is said and done since this is what a lot of fans might be pining for when it comes to seeing one of their favorite shoes of all time finally being given the respect it deserves on screen. It’s kind of amazing how after just one season the show managed to snag this many fans and was even allowed to continue despite the fact that its appearance on the small screen has been kind of inconsistent over the years. This is proof that sometimes fans do know what they want, even if there are times when getting it still isn’t satisfying.

There’s plenty of material for a Battlestar Galactica movie since the story is expansive enough that it can easily last for a couple of hours and not become incredibly boring, and there’s enough drama and action to go around since it’s actually quite balanced. This is why it’s a bit confusing to think that after all the writers that have come and gone over the years that have worked on this project, very few, if any, have been able to develop this story beyond TV and onto the big screen where so many people want to see it. This idea has been brewing since around 2009 and likely before that since a lot of people would probably push for a lot of their favorite series to get the movie treatment even if half of them would need to be rejected out of hand for various reasons. The fact that Battlestar Galactica has been around and been so popular for this long and hasn’t been given the movie treatment is kind of a shame since it could have gone off like a Roman candle by this point and been one of the few stories that could have possible rivaled Star Wars at one point. The original series came out just a year after the epic space adventure after all.

The casting will also be an interesting process as there are probably plenty of fans that have an idea of who they would like to see, especially since the original actors are either too old to take up their roles again or have passed away over the years. That’s one of the few problems with a project such as this, there are quite a few fans that are going to have a solid idea of what and who they want to see, and the backlash from picking the ‘wrong’ individuals is going to be felt almost immediately, even if the fans don’t always get the message that the power they believe they have isn’t absolute and is often canceled out by many others that simply want to see an interesting story. Battlestar Galactica has been the subject of many talks within the pop culture groups that frequent online chats and opinion sites, and it’s easy to assume that many of those making their voices heard would have loved to have seen this project take place years ago. Why it’s taken so long to develop the idea and bring on a team of writers that could possibly capture the feel of the overall story is hard to figure out since looking at what’s been presented to the fans should be more than enough to lay the groundwork, but dissenting voices being what they are it’s likely that too many people were giving input and not enough were willing to compromise when it came to getting the project underway. That could be why we’ve seen this idea as a TV show and never a movie, but it’s no less frustrating since the story isn’t that difficult to write, and it’s not something that requires a great deal of deep and intellectual thinking to flesh out.

Is that a challenge? No, not really, it’s simply a point of frustration as a writer and as someone that wants to see a good story come to light when it needs to, instead of hemming and hawing over an idea that could have been developed so long ago.