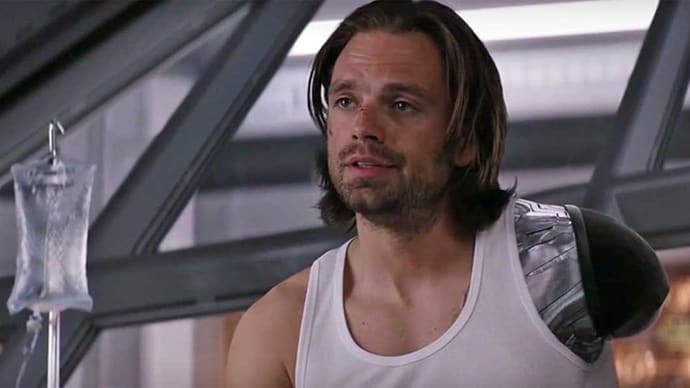 Bucky definitely feels like someone that might get let go from the MCU now that things have calmed down since the days of Captain America and the Winter Soldier, but the hope is that he’ll get to stick around as long as Sebastian Stan is still up to play the character since the fact is that he’s stepped into fully over the years and he’d be kind of hard to replace. It’s not like replacing Captain America, since the title and suit are more of an ideal than the character that’s attached to it. The thought is that the Winter Soldier is no more now that Bucky has dealt with a great number of his personal demons and is sticking to the straight and narrow as much as he can. Over the years the pain and hurt that he’s caused so many has weighed heavily on him and it’s easy to state that he’s ready to leave the past behind him and move on. But following the first season of The Falcon and The Winter Soldier, it feels that there might not be another since not only can the title no longer be used, but it’s fair to assume that it would be nice to see him again in another show or perhaps in a movie or two moving forward. It doesn’t feel as though the MCU should be done with Bucky yet since the guy is still a valued asset to the team if he decides to keep up with his superhero act. In the comics, Bucky was used in a couple of different ways over the years depending on the time period and depending on what was happening at one point or another. But the Winter Soldier aspect has been one of the best since it’s matched up nicely with the storyline of Captain America and it’s been something that people have been able to embrace in a very big way.

Where Bucky will go from here is a big question mark at the moment that a lot of people want to know more about since it’s not certain whether or not Sebastian Stan’s time in the MCU is nearly over or not. It’s been said that Chris Evans will be headed back for another go and obviously Chris Hemsworth is going to be around long enough for people to theorize whether or not he’ll be showing up again in the years to come. But right now the MCU is changing in a lot of big ways as the landscape has been forever altered and the world isn’t bound to be the same as it was before the Infinity Saga. Where Bucky will fit in, and IF he’ll fit in, remains to be seen. Quite a few people have been asking this question since Bucky showed up on Disney+ and it’s fair to state that Bucky’s time in the MCU is kind of up in the air at the moment since there’s no way to tell just yet if he’s going to keep appearing or if Stan is simply ready to take a nice long break. Fans would no doubt like to see him in a number of different movies and it would even be kind of nice to see him show up, even for a cameo, in the next Black Panther movie since he does have something to do with the nation of Wakanda given that they did give him the arm that’s helped him out so much.

It was amazing to see that his arm can be disconnected so easily in battle if one knows how, but apart from that technique, it’s fair to say that the only other way to literally disarm him would be to destroy the arm entirely as Iron Man did in Captain America: Civil War. Apart from that, it’s been seen that Bucky is fully capable of using the arm as a weapon and a tool in many situations. It is kind of amusing that he doesn’t always use the appendage though, as he’s content to not use it as a crutch. During his time in the MCU Bucky has definitely been a different type of character, but this has allowed him to help balance out the list of characters in a way since he’s an earth-based, street-level character but he’s still insanely deadly when given the right situation and tools to work with. Thinking that we’ve seen the last of him would be a tragedy to be sure, but at this point, there’s so much going on in the MCU that trying to say that he’s going to be given priority over other characters is definitely not accurate. Until it’s certain that several other characters have been introduced and fleshed out, Bucky might need to stick to cameos or just take a break for a while.