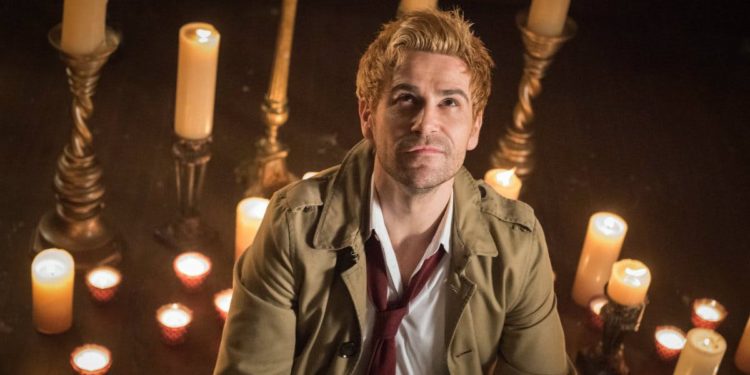 Sometimes it’s enough to wonder if people are always fully ready for an idea when it springs since if you’ll recall Constantine on the big screen didn’t go over so well with Keanu Reeves in the lead role. Yet some people thought it was okay even if it didn’t conform entirely to the source material. Guess what though? Rarely does it happen that a comic book hero will see their story conform entirely to the source material when being put on the big screen or on TV. The same is bound to hold true for Constantine, even if he does get accepted to HBO Max for a revival as Christian Bone from We Got This Covered talks about. Likely we’ll still manage to see something that will entertain some people and infuriate others since the idea of what’s SUPPOSED to happen versus what we WANT to happen is often going to be very different. The occult hero is someone that doesn’t always seem to fit into DC no matter that he’s been a part of it for a long while now. For some reason, despite his fan base, Constantine just doesn’t seem to fit quite as easily as other heroes, but in truth he’s more than a little interesting since he deals with a lot of things that the rest of them don’t really concern themselves with.

This story is one that a person definitely needs to be a fan of to fully appreciate since Constantine does deal with a lot of things that have shown up in various ways in other movies but he’s still unique enough that he deserves a bit of research by the fans since there’s more to him than being a human being that can take on the occult forces that live just beyond the world we know. His comics and his story on screen thus far have been a huge matter of debate among fans and those that happened to like the movie but didn’t get into the TV version, or vice versa. Depending on who you ask you might get a lot of different answers as to who played the part better, Keanu Reeves or Matt Ryan. Chances are you’d hear a lot of people pull for Ryan largely because he tends to have the look that is so popular in the comics while Keanu kind of did his own thing in the movie, something diehard fans don’t often like unless it conforms to what they want to see. But being on the big screen does lend a great advantage, there’s a chance that the risk of going so big could pull down big money, even though there’s a good chance that it will be a bust as well. On TV it’s less of a risk but less of a possible profit as well unless people turn out in droves and want to watch the show. Either way it’s highly dependent on the viewers and how much they enjoy each version.

It does sound as though Constantine might come back to the big screen again but it’s still a matter of who would play the part and what the story would be about this time since the last one was ‘meh’ to a lot of people even though it was a compelling story but with very little in the way of great execution. The TV series was actually cancelled after one season but the character was brought back as an extra on the CW in the Arrowverse so it’s obvious that he’s well-liked, but also obvious that he’s not as well-respected as some think that he should be. It could be that Constantine is just a character that’s ahead of his time since it stands to reason that things come in cycles, and at this moment superheroes are a big thing and the occult is slowly but surely coming back into prominence. It’s kind of funny really how things work in show business since one theme will be trending one year and another will be trending the next year. When Constantine does come back though it’s a hope that the material that is being worked with for the show and the movie, whatever it might be at the moment, will be enough to grab the attention of those that are willing to try on something that’s not brand new but is still different enough that it will be a balm to the same old thing that tends to wear on and on after a while.

For now it’s hard to say just what is going to happen with Constantine but there is a definite direction if everything works out. Hopefully we’ll get to see the occult hero eventually and hopefully it will be every bit as impressive as he’s supposed to be. His show should work, it’s just a matter of pleasing the fans which is hard enough and creating a convincing story.