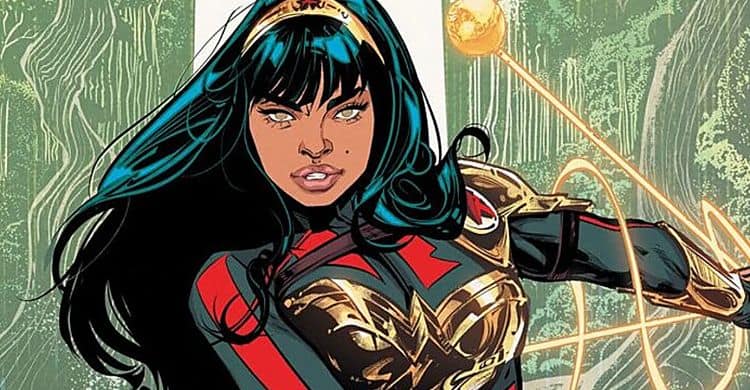 Just so we’re clear, the version of Wonder Girl that will be coming to the CW will be Yara Flor, the daughter of an Amazonian and a Brazilian river god, which is an interesting mix to be certain but also one that has been gaining a lot of ground apparently. She’s not the first person to hold the title of Wonder Girl, but she is the one that is apparently going to coming this next January to see how fans are going to react. Instead of walking on eggshells hoping not to offend anyone I’ll just come out and say it, a Latin superhero could be interesting but it’s definitely pushing the diversity button once again in a manner that is making it clear that things still aren’t diverse enough to satisfy a lot of people. It could be that Yara simply has a background that’s more interesting and that her character is a little more intriguing, which is the hope to be quite honest, but there’s something about the continual inclusion of many upon many heroes and villains that are people of color that can’t help but be noticed as a push towards something that could be very positive but is being used as more of a gimmick to create equality than anything. Maybe I’m wrong since after reading her backstory it could be that she’ll be another new face that DC will need to stay competitive. If she turns out to be someone that will kick things into another gear then great, welcome aboard and get to saving the world and all that stuff.

But there are those times when it feels as though people of color in the comics are being used more as a gimmick to satisfy those that are so highly offended by seeing too many faces of the same color. One thing that needs to be noted is that there’s greater diversity in the comics than people have realized for a while. The perception that things have been so unbalanced for so long is one that has continued to push for the inclusion of more and more heroes that are from different backgrounds, are from different races, and are even different in their sexual orientation. Most if not all of this makes for a more inclusive and interesting story when one is world-building and it definitely pushes a narrative that is far more interesting than it could be if one only focused on those heroes and villains that already been established and made their way onto the scene. As one should be able to guess and accept, the old heroes are going to have to make way for the newbies at some point, and while Wonder Girl isn’t entirely new, she’s a face that hasn’t seen the screen that often and it’s very likely that if she performs well then we’ll be seeing a lot more of her. But the biggest hope is that her arrival and her time on the CW is going to be as natural as of a transition as it can be since otherwise it’s going to feel more like the CW is trying to meet a quota than really trying to push for more equality and representation on the roster.

It’s not likely that she’s going to be taking over for Wonder Woman at any point since otherwise such a transition would have been hinted at by now. Like it or not, DC isn’t really that good at keeping such information close to the vest since plenty of fans will usually sniff out a clue and go spreading it across the internet in a huge way. But Wonder Girl is still going to be an interesting addition to the CW roster that will hopefully be able to stand on her own and become another part of the universe that DC is attempting to keep building. So far they’ve done a great job with the heroes and villains that have come along, and it’s bound to happen that they’ll continue to push whoever they need to in order to keep things moving in a positive direction. So long as they make certain to give each of their characters an interesting backstory and way to integrate into the narrative it should be an impressive process that will continue to expose the fans to the DC universe from a live-action standpoint. It’s still a hope that this is more of an actual interest to keep pushing the roster into the spotlight rather than to use a gimmick to offer more inclusion into the CW, but so far it does appear that this is going to be a completely natural attempt and thankfully we don’t have a lot of time to wait to see just how Wonder Girl will pan out, and how she’ll fit into the overall narrative of the DC universe.