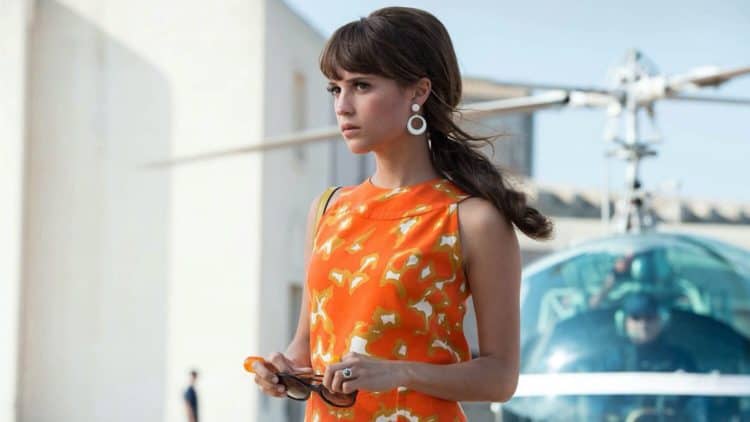 Whenever something is to be done from ‘a woman’s point of view’ there are a lot of different ways this can be taken, and a Dial M for Murder anthology is going to go through a few different ways it feels like since it could be positive or it could be something rather condescending that’s meant to test the reactions of the viewers. Let’s be completely honest and say that seeing things from a different perspective is an intriguing idea since it can widen the narrative and bring to mind different ways to present the same story in a manner that might enlighten people as to the thoughts and motives of those in the tale. Alicia Vikander, who’s producing the anthology, will be starring in the anthology as well, so whatever is going to happen it’s very likely that people will be tuning in if only because her name is attached to it. But the whole ‘women’s perspective’ aspect of this is something that a lot of people might focus on since in the name of honesty one should be able to state that men have been the ones telling the narrative for quite a while when it comes to cinema and TV, and while some menfolk might want to think that a woman’s perspective could paint men in a very harsh and unforgiving light, the fear of this shouldn’t keep them from paying attention all the same since it could be that women aren’t going to bash men when telling a story, but will perhaps strengthen their character or at least point out obvious faults that men don’t always see and could therefore work on after noticing them. The best interest of any storyteller doesn’t come from breaking others down, after all, it comes from pointing out what will make the story stronger from any perspective while closing up any gaps that could lead to a sense of completion and resistance to the versatility that’s needed in any story. In short, if you’re a man and feel that a woman’s perspective is going to bash you relentlessly, then the problem is with you to start with.

Seeing things from a woman’s point of view can open up a narrative unlike many things can since it offers a different set of eyes to see things through and a way to perhaps bolster and tell a story in a more fitting fashion than might happen with just one perspective being displayed. A murder case would definitely benefit from this since there are usually a few different angles to see things from and it’s easier to try and determine what everyone is thinking by taking a different tactic and seeing through the eyes of someone that hasn’t been taken into account as much. The sad truth is that for a good deal of history we haven’t seen things from a woman’s perspective as often as we see them from a man’s, but one thing needs to be made clear, it’s about unifying those perspectives, not stating that one or the other is better since that will create a great deal of resentment and keep the story as distant and imbalanced as many already think that it is. In creating a story from a woman’s perspective the hope is that things will manage to hit a type of equilibrium that isn’t always achieved so easily since one side or the other usually gets to take the lead and tell things as they appear to be from that certain perspective and whether it’s a man or a woman telling the story, the result is that it becomes skewed in one direction or the other with a definite bias being experienced by the audience since it’s almost impossible to get away from. Like it or not, this is how things happen since men and women have a definite bias towards gender more often than not and this will come out in the stories that are told. This particular anthology will hopefully be balanced and capable of showing a compelling story that will entice the audience and keep them on their toes, but also keep from swinging one way or the other when it comes to favoring one gender over the other.

It’s possible to tell a balanced story and make everyone the villain or display heroic traits in just about anyone. But with set protagonists and antagonists, there are going to be demands upon each character that have nothing to do with gender and everything to do with character. So far this is the expectation of Dial M for Murder since it’s already been seen as a compelling story, and will hopefully be kept as such upon its release. A unified story takes multiple perspectives into account, which makes it harder to tell, but definitely worth the effort.