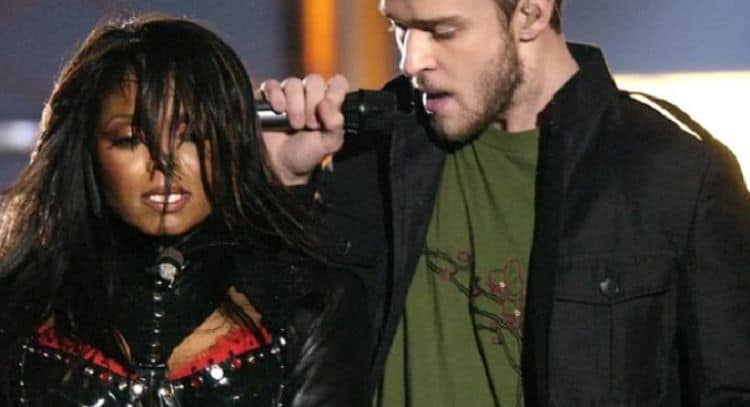 Seventeen years after one of the biggest wardrobe malfunctions happened and we’re still talking about it. Whether it was an accident or done on purpose the undressing of Janet Jackson is still a controversial moment in show business that a lot of people have moved on from, but somehow many people still want to bring up. In fact, a documentary that won’t be featuring Janet Jackson, or Justin Timberlake, you know, the people who were THERE and actually lived out the moment, will be coming eventually, and to be certain, it makes so little sense that I’m rolling my eyes as I try to think about it. The situation did look like an accident when it happened during the halftime show of SuperBowl 38 since the look on Jackson’s face made it clear that the part of her top that ripped away wasn’t meant to do that. Of course, given that they’re both performers, and the fact that the pice came away so easily, makes some people think that it was supposed to happen and they were met with so much backlash that apologies had to come quicker than they could make them in order to explain away what happened. And when the brunt of the backlash appeared to land on Janet’s shoulders instead of Justin’s it was a given that we would be hearing about misogyny and patriarchy at some point. But as if that moment didn’t hit hard enough, now we get a documentary to go back and really dig into the past event since that’s apparently what we do now with every moment that’s worth being highlighted in the past several decades. The truth is that there are a LOT of moments in show business that are bound to be called out for misogyny, racism, patriarchy, and every other word that means something negative to those that are digging into the past with a fervor that’s hard to stomach.

It is true that Justin should have spoken up more and that he should have taken just as much of the blame for the stunt, whether it was planned or not, but things happened the way they did, and making a documentary of it isn’t going to change anything. But what many of those who are eager to start up the censorship bandwagon and get it cruising are bound to do is dredge up as much of the past with one explanation in mind that appears to make it better in their point of view, and that’s “We must do better”. Sadly, a documentary is only making things worse since bringing up the past in such a manner and theorizing and over-analyzing it once again isn’t helping anyone to be better, it’s actually akin to a mother taking a child to the hospital to run a battery of tests on a child after they’ve sneezed once in the morning. That’s kind of how things are now, the moment that something worth censoring comes along there are plenty of people that are more than willing to dig up past issues that have likely been resolved by now and hammer them home to the public in an attempt to make them care about something that was there, was experienced, was survived and is long gone. The recent documentary about Brittney Spears, which apparently made her cry for a week or two, is another example of not simply taking the past and using it to grow stronger and move forward, but to batter a person with what was done in their past and make them remember how embarrassing it was. In this case, it’s not just Brittney, it’s her kids that have to endure the image of their mother in one of her lowest times too.

Seriously, the past isn’t perfect at times and can actually be kind of horrible as in this instance it was controversial, to say the least, and capable of damaging a career as well. But it was settled, the matter was left in the past where it should have been, and the only reason to bring it up now is to stir the pot once again as this is the reason for bringing up such matters, not to ‘do better’ by watching old examples, but to entertain and remind people the utterly embarrassing garbage that lies in their past. The fact that Justin is apologetic about any of it is a good indication that he doesn’t want the backlash that would come if he tried to convince people that it happened, it was horrible, and yet people learned from the incident and moved on, rather than dwell on the negative and continually victimize themselves in the name of ‘doing better’. Of course it’s a desire to do better, but after bashing oneself over the head, metaphorically, with past moments that much of society was content to let go of, the possibility of personal growth becomes slimmer and slimmer.