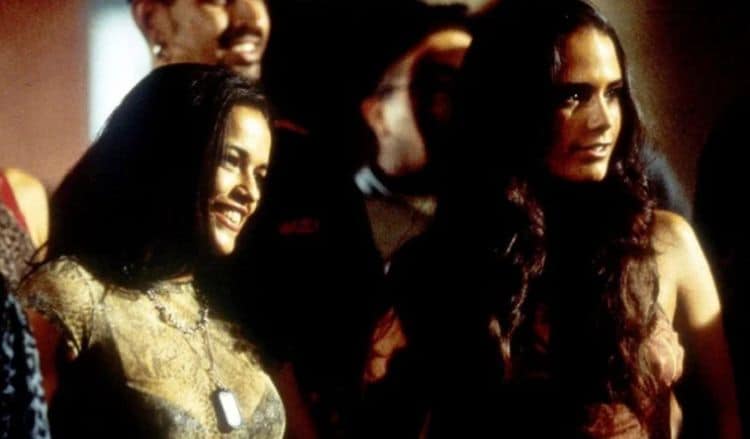 The Fast and Furious saga is one that proves that if the money is there then people are going to keep making movies if only because they see another chance at a cash grab since honestly the premise of the movies has become even crazier with each new entry. Now according to Josh Plainse of Screenrant it would appear that an all-female cast spinoff is going to happen at some point if the script is good enough (really it doesn’t matter if it is or isn’t it’ll happen) and can gain the needed cast members to round things out. There are plenty of people, myself included, that are likely rolling their eyes and wondering just when this saga is going to end but there are even more that are willing to say ‘shut up and take my money’ just because it IS Fast and Furious and they’re pumped to see how far it’s going to go. But with an all-female cast it’s kind of a wonder what direction the saga would take since so far the last few movies have been a decent blend of badass women that have stepped in with the men and started proving that they’re every bit as hard and ready for action.

At this point it sounds as though the next installment, part 10, would be the last movie in the original saga, and that spinoffs would be the name of the game from that point on. There’s even talk of a Hobbes and Shaw sequel considering how the first one ended and yes, spinoffs are about to be the name of the game. This one in question however does bear some looking into since Mia, Letty, Ramsey, Hattie, and even Magdelene are still around and it’s always possible with their connections that they can team up and take on an adventure that might include working against Cipher or another terrorist, it’d be easy enough to push another family member into the mix at this point given that knew nothing of another Toretto brother until now. But really, for all that people are so pumped about this it does feel like it’s time for the franchise to finally say ‘whoa’ and pump the brakes. It has nothing to do with the idea for a female spinoff, which might be interesting, but more to do with the fact that Paul Walker is no longer around and the plot line is starting to read like a high octane soap opera. Edward Wallace from Fortress of Solitude would likely agree with this sentiment.There’s a new bad guy, some mysterious assassin that’s also a master thief and an expert driver and can bench press a car, and he’s Dom and Mia’s unmentioned brother. Han has come back even after a world-class assassin like Deckard Shaw was able to confirm that he was stuck in a car wreck and killed in an explosion. See where this is going? The female spinoff might actually be a blessing if only because it would take the franchise in a new direction that would hopefully focus on action and less on the ridiculous nature that the movies have adopted since the second and every one after that came out. Okay, being fair, Fast and Furious: Tokyo Drift wasn’t entirely realistic but it was still pretty entertaining. Everything else has been getting utterly ridiculous for years, and the fact that people love it is mind-numbing.

On one hand it’s easy to say go nuts and enjoy it and on the other it’s enough to make a person roll their eyes and wonder just how out of control the series is going to get before things are taken way too far. The laws of physics in the Fast and Furious saga have been more than bent throughout the many movies they’ve made, but have been broken in ways that continues the tradition of action movies for the past few several decades now since things have only been getting more and more out of control since the 80s and fans have been absolutely loving it every step of the way. While female-led movies haven’t been the biggest hits in Hollywood the shift is definitely starting to happen again since the desire to see more diversity and more inclusion when it comes to action movies is being pushed in a big way, and more and more franchises are starting to see the light and the possibilities when it comes to making those cash grabs. Let’s be real now, that’s what they are, in fact that’s what a lot of it is when it comes to continuing a saga that’s had a couple of chances to experience a satisfying ending but for some reason always found an excuse to come back, and no, it wasn’t always the fans. In a big way, the Fast and Furious saga is going to be wrung like a wet rag until there’s nothing left, and even then it might not stop.