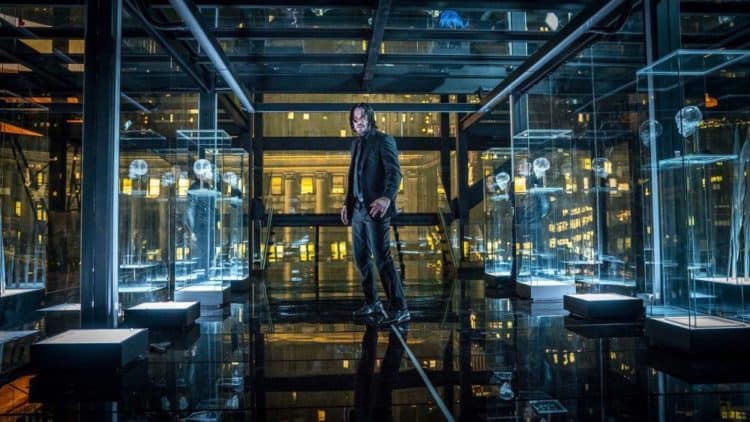 If you can make it all the way to Dubai then you might have a chance to see what amounts to one of the strangest but coolest rollercoaster rides in the world since the world of John Wick has now been turned into a 10-story thrill ride that people can experience, and how it goes all depends on whether or not you’re hunting or helping the titular assassin. That might sound kind of odd to think about for any rollercoaster but the experience actually takes after the movie and allows people experience John Wick’s life from the Continental on through the adventures that he’s had in the movies, meaning that it’s something that hardcore fans would likely give up a lot for if they could make it over to Dubai somehow. The ride would most certainly be worth it, but that’s a long trip for many people and with the pandemic still in effect it’s kind of risky as well. When asking why it’s not in North America yet the answer is pretty simple, the market for this kind of ride doesn’t appear to be there yet, and to be honest, this ride won’t be open until 2021 anyway. But just the thought of it is enough to get a lot of John Wick enthusiasts excited. 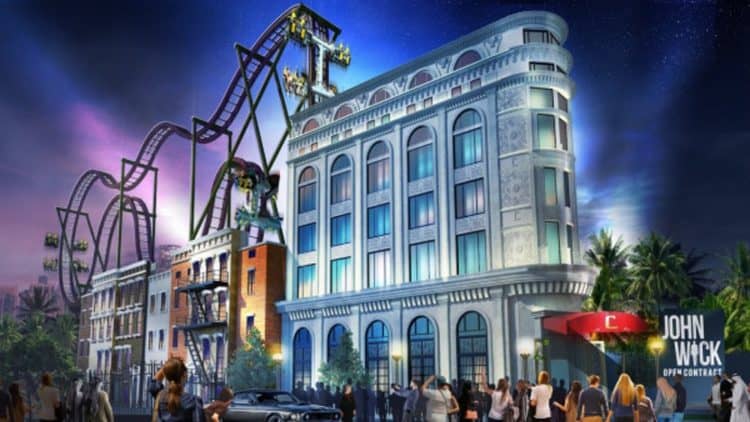 One could wonder if the ride is going to have any surprises from the highly anticipated John Wick Chapter 4, but it does feel likely that such a thing would be left out since the chance of ruining the surprise would be too great since people would blab incessantly. At this time the fourth movie is still being talked about by fans, but as far as it goes with the production there hasn’t been a lot of chatter, and likely for good reason since the pandemic has been wrecking production schedules left and right as people try to stay safe and still get their work done. Plus, Keanu Reeves has been kind of a busy guy since apart from taking on the continuation of the John Wick franchise, he’s also taking on The Matrix 4 and other projects that have been a while in the making. In other words, he’s been kind of occupied, and it’s very likely that he’s been doing what can to stay safe and keep others safe as well. But it is a hope that the fourth movie will be arriving within the next year or two since people are already chomping at the bit to see how the fourth chapter is going to play out.

The High Council wants John Wick dead, Winston actually shot him off of a roof and is back in control of the Continental, which has been consecrated once again, and the Bowery King is ready to go to war with John Wick as his wingman. Chapter 4 is going to pop off in a way that a lot of people are likely looking forward to with great anticipation since the way that the last movie ended, and the fact that John isn’t dead yet are facts that are keeping the fans rabid and ready for more. One has to wonder what this rollercoaster is going to offer in the way of visuals since there’s a lot to the story of John Wick that could be showcased that might make it worth the money, and there are definitely key moments that would go a long way towards making this ride something special. It’s not exactly something that many people might have guessed was coming, but the development of this ride is still something that one can’t help but think is kind of ingenious since the only other thing that might make sense when creating it in the image of John Wick, other than a video game, would be a VR experience that is basically a video game that allows the individual to step into the world of Wick and either help or hunt the assassin. Just imagine that for a moment and get a sense of what it might feel like to navigate a world filled with assassins that are only ever a phone call away from their next target.

It would be worth the money to head to Dubai and experience this ride when it opens no doubt, but if anyone has that kind of money and the ability to travel without any concern at all it must be nice. Of course, people are going to be envious, but it would be great if, once the ride opened, someone obtained permission to film the experience just to show people what it’s like. Maybe such a thing will happen, maybe not, but it’s worth a thought anyway. At the very least it’s nice knowing that John Wick has inspired something like this, especially since it’s such a great story.