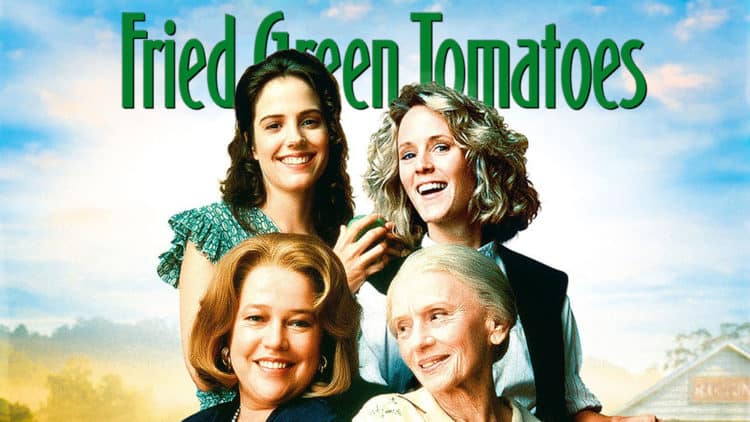 It would be intriguing to find out how many people still remember the movie Fried Green Tomatoes since it was a fun movie and what would definitely be called a ‘chick flick’ since it deals with a lot of subjects that men don’t normally talk about. The movie was actually well-written and the cast was fantastic since Kathy Bates and Jessica Tandy and Mary Stuart Masterson and Mary-Louise Parker were excellent matches for each other since they each provided a bit of the opposite for one another that was a big part of the movie’s success. It sounds as though the story will go that Idgie Threadgoode, Masterson’s former role, will return to Whistlestop at some point and have to deal with the fact that life and the world has moved on, and it also appears that the cast will be made of those who will be playing the descendants of the movie’s characters, which would make a lot of sense really since trying to redo the movie would be kind of hard to watch. There were plenty of great stories to be had at the Whistlestop Cafe and the town surrounding it no doubt, but as happens with so many things, it would definitely be time for things to move along.

Each woman that starred in the movie had already made their debut a while before, but it’s fair to say that this movie made each one of them a little more memorable since they played characters that were well-developed and had their own arcs that continued to mature throughout the movie. Idgie was the wild child, the tomboy, and the one person in the entire story who wasn’t about to be tamed by anyone, while Ruth was the calm and composed one that did her best to calm Idgie down and succeeded more than anyone other than Idgie’s brother Buddy, who fans might remember was killed off in the movie by a train. Evelyn, played by Bates, was a wreck of a woman that ate when she was stressed and had no idea what she wanted to do with her life until she met Ninny, played by Tandy, who was more than happy to share her time and stories with Evelyn and steer her along the right course. The changes that occurred in each woman in their respective time periods throughout the movie were remarkable since one could see how Idgie simply wouldn’t give for anything for the longest time and yet didn’t back away from defending those she cared about, while Ruth became a little wilder and less reserved the longer she hung around Idgie.

Ninny didn’t change as much since she’d lived a long and fruitful life and was still a very plucky and self-aware individual that had plenty of memories and stories to share, but she still perked up quite a bit when Evelyn came around, especially when Evelyn started taking control of her own life and figuring out what she wanted to do, instead of waiting for everyone to tell her what to do. It was definitely a movie filled with female empowerment on a scale that was a lot of fun to see and was easy to get behind since it was such a positive story. It had its ups and downs and there were moments when audience members might have liked to step through the screen and throttle a couple of characters, but for the most part, it was a story that was well done and had great acting that really made a person feel for a lot of the characters in the movie. To be honest, the movie ends on kind of a sad but hopeful note since the Whistlestop was closed down, the town was little more than a vine-encrusted location on the side of the road, and memories were all that was left. But it was also a powerful story that any person would likely agree wasn’t about third-wave feminism and certainly didn’t go into man-hating or exclusion since there were positive male role models in the movie and there were negative stereotypes that received their comeuppance in a very strange but meaningful way.

The hope of course is that the show, which will also feature Reba McEntire, will be a nice nod to the movie that came before and will be able to pick up where the movie left off since any connection to the movie is going to have to be handled in a way that will make it clear that Idgie’s story is not over yet, and that she still has a few things to iron out in her life before all is done and over with. It should hopefully be a nice addition to the story in a pleasing way that fans of the movie will enjoy.