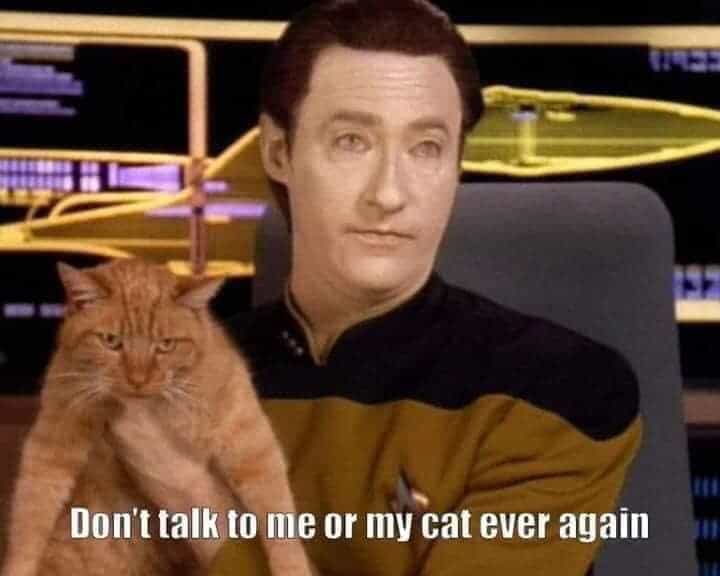 If there’s a situation on the internet, then there’s likely a meme for it, and one thing that Trekkies might love to hear is that there’s usually an image from one of their favorite shows that could go a long way towards explaining how they feel about something. Some memes make a lot of sense, others take some time to really understand, and then there are those that are just meant to be as scathing as possible and aren’t really there to do anything insult the person they’re directed towards. But then guess what happens? The next person will find a use for it, then the next person, and the next person, and so on and so forth until the meme either goes viral or becomes such as sensation that it will actually flood the internet periodically as people use the meme to describe multiple scenarios in an attempt to sound clever. For some the title of ‘meme lord’ is a badge of honor, but for others, it’s something that people do when they have too much time on their hands and not enough to keep them busy.

All in all, it’s a fun hobby, but one that’s best when a person actually has the time to engage in it. 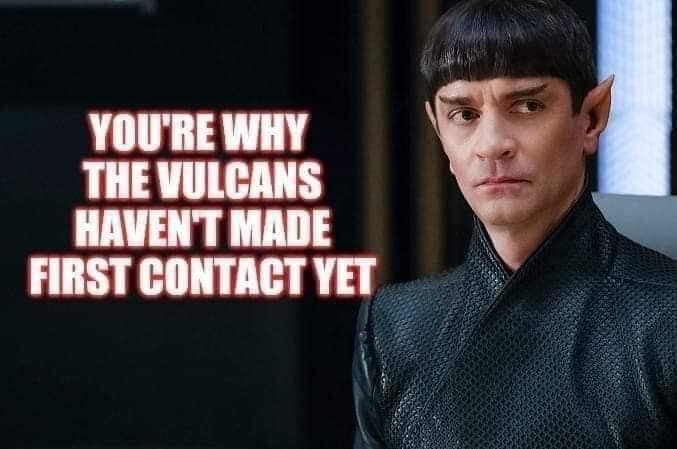 Can you feel the distinct and emotionless burn that is a Vulcan meme? The logical race would likely be sticking well away from earth at this point if they saw what was going on since there’s little if anything logical about this place at the moment. One has to wonder just how many people this has been applied to at this point. 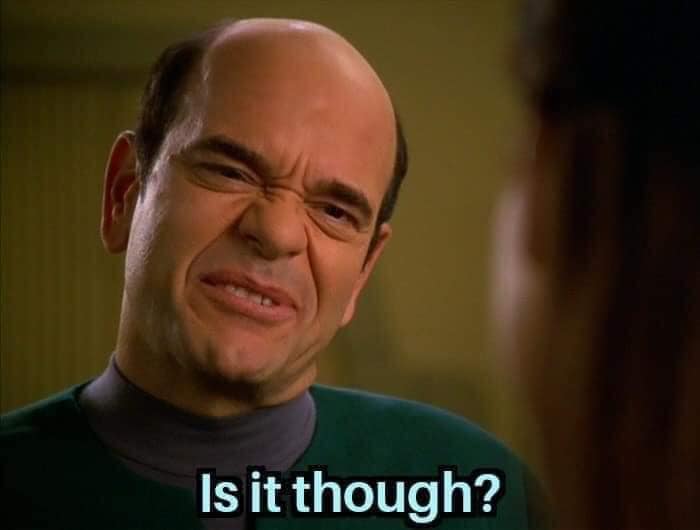 If a person learns anything then they should learn this, there’s always bound to be a snarky individual on the internet that will gladly find the most irritating and sarcastic meme they can find in order to mess with someone and do it in a way that makes their disdain visible. Some folks might use this all in fun, but a majority might mean it as an insult. 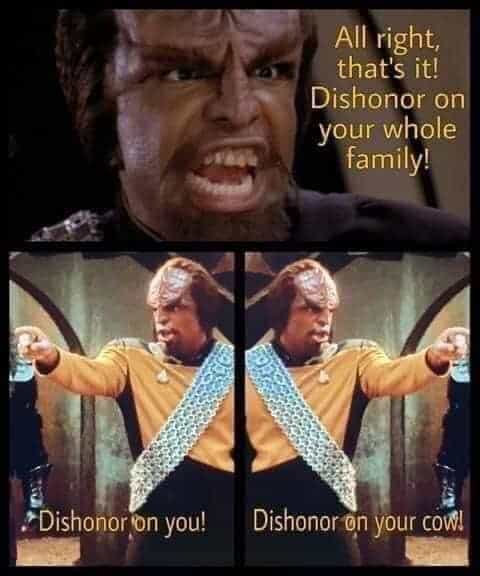 Worf must be channeling some Eddie Murphy ala Mushu, or vice versa. It doesn’t matter, anytime Worf goes off it was kind of entertaining since normally the stoic Klingon officer was so reserved that one might have thought he’d been born uptight. 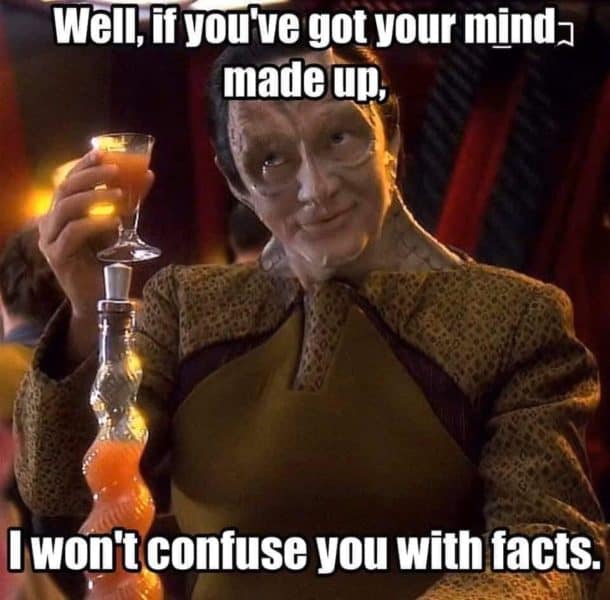 Obviously this is one that a lot of people will use continually when discussing matters pertaining to, well, just about anything these days since the whole ‘facts don’t care about your feelings’ idea tends to bring out a lot of individuals that are ready to bury people with mountains of facts even as their emotions start to get the better of them. 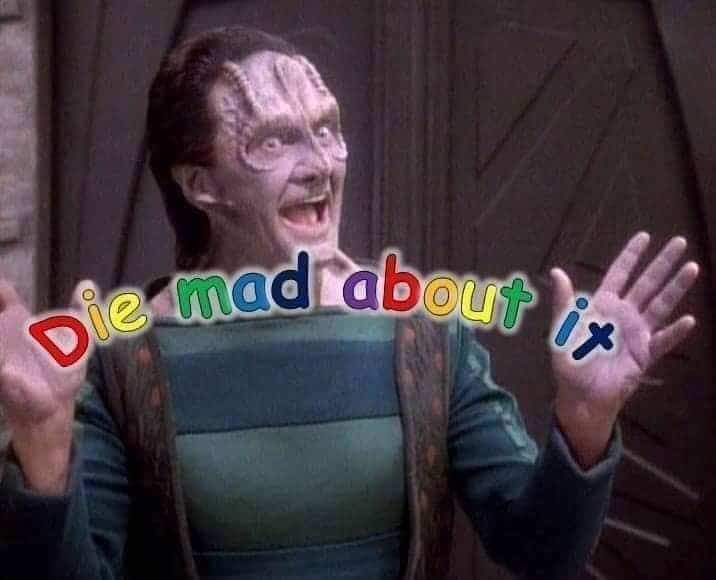 If ever there was a curse that anyone could label a vindictive and mean-spirited, this would be it. Seriously, giving someone the idea that they can take that anger to the grave while you walk away with a big smile is borderline psycho. But hey, so long as you’re not the one that’s mad, roll with it.

Considering how often emojis get used and how many different varieties people would like to see, it’s a wonder that we haven’t found as many emojis out there as there are words in the dictionary. Oh wait, that’s not a great example since words keep changing and being invented. Hm, maybe we WILL see these eventually. 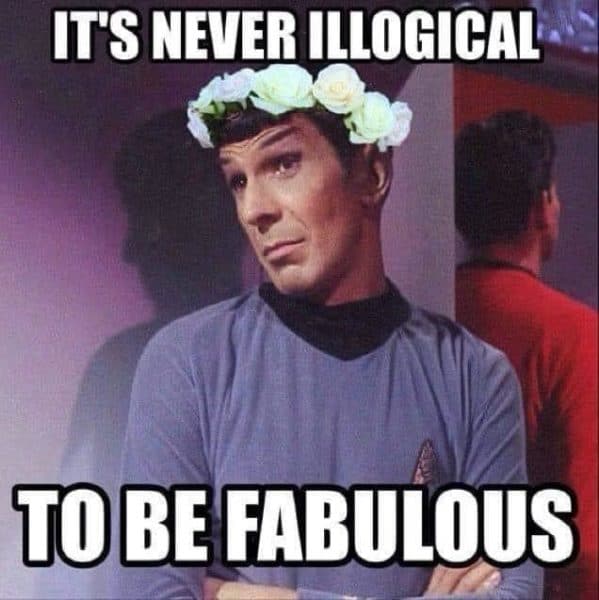 This makes a person realize that at some point Spock did get to show emotion, once in a blue moon perhaps when the story called for something really crazy. It’s funny to think that Leonard Nimoy almost passed up the chance to continue with this character. 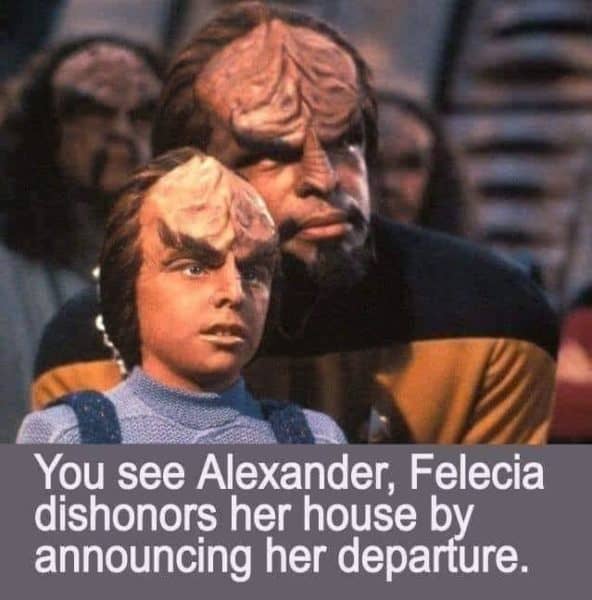 Ever wonder how many things there were that the Klingons attached honor to? It almost feels as though they’d be dishonoring their family name if they inhaled the wrong way or broke wind in a non-approved fashion. 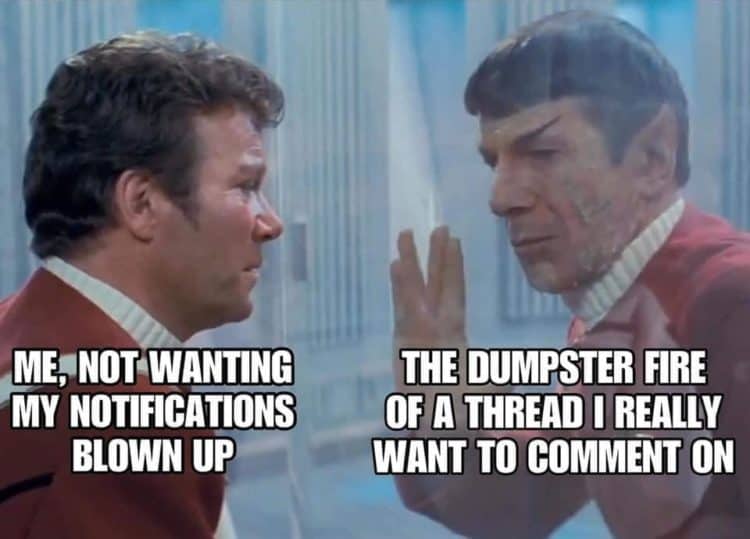 Really, now many people actually stop before posting to a thread just because they have second thoughts that thankfully take place right after their first thoughts? How many people have saved themselves from the needless aggravation? 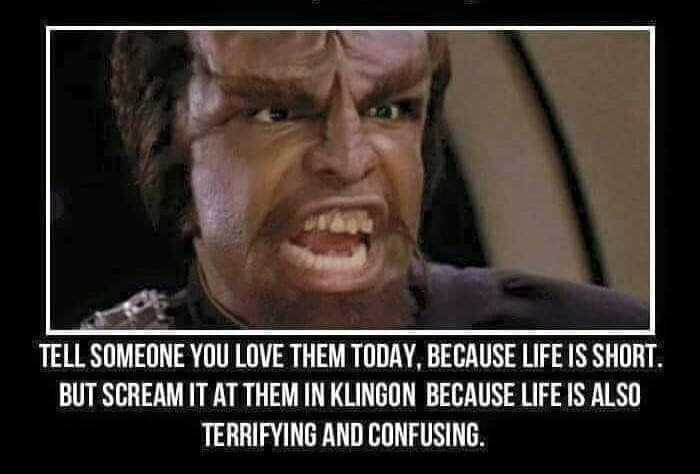 This almost feels like what must be happening during the various riots and ‘protests’ that have been happening so frequently. Are the protestors taking their cues from the Klingons? That’d be a lot more interesting if it were true. 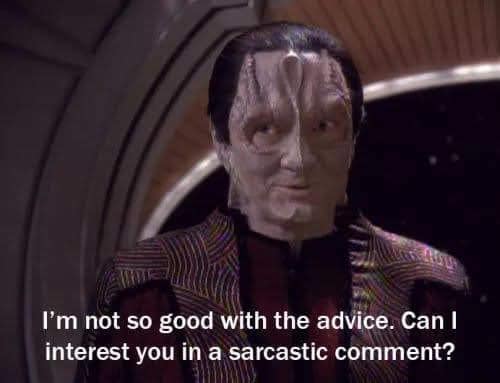 Some people really don’t like sarcasm, as they think it’s the sign of a weak mind. But then again, some people think swearing is being weak too, and yet many people that swear and are highly sarcastic are those that come up with some serious linguistic skills when it comes to insulting people. 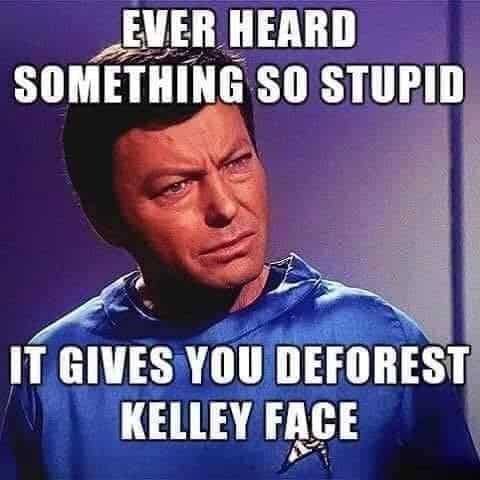 This is when you know someone has said something so incredibly stupid that it’s a wonder how they walk upright and remember to breathe at the same time. 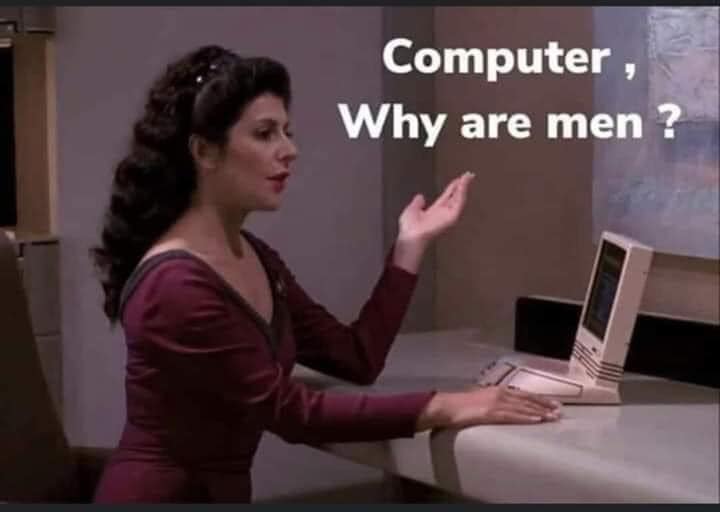 It almost feels too rude to say but had someone simply typed ‘women’ while she was looking at the monitor, it feels as though the machine would have blown to pieces trying to sort out the ‘why’ behind that question. 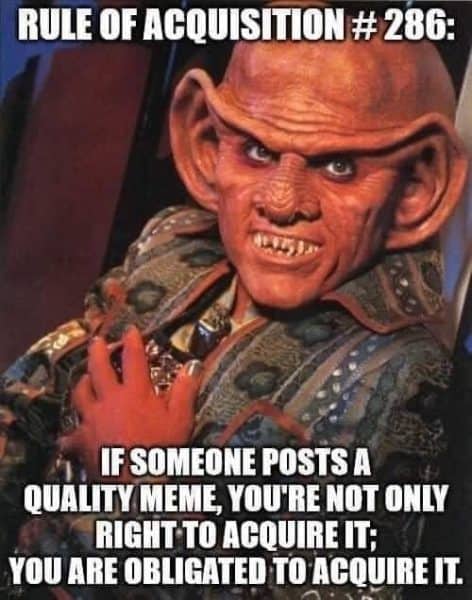 Let’s be real here, memes are to be tossed about and shared as much as possible, so finding a reason for using one isn’t just possible, it’s a responsibility of the sarcastic and funny folks that frequent the internet.