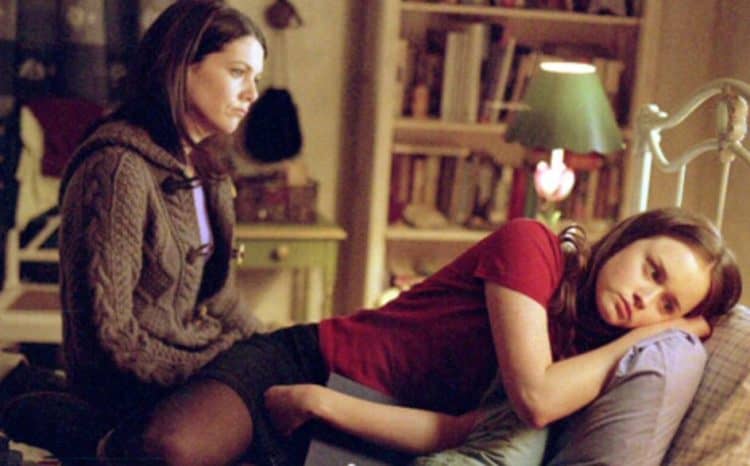 It doesn’t appear to matter if a show has a pleasing conclusion or is left as a cliffhanger, people are going to want to see more of it, and for those that were, or still are, fans of Gilmore Girls, they’ll get a chance this coming Thanksgiving since Gilmore Girls: A Year in the Life will be coming to the CW the Monday before Thanksgiving for a four-episode run that will bring a lot of the original cast back to see how things are going now that they’ve been away for a while. Rory and Lorelai have both been up to a lot since the show ended apparently, and it’s going to be revealed when the show comes back, as will the happenings of Star Hollow since people are no doubt wanting to know what’s been going on in the lives of every fictional character that they were intent on watching when the show was still on the air. For some folks, this might not be that big of a deal, but for others that happened to like the show, it’s going to be a return to a place that they likely valued as much as any show they fully enjoyed. It might be interesting to see what’s happened after so long and which way the story is going to go for the many characters.

2020 was supposed to be a year in which the entertainment industry was going to hit new highs and bring a huge load of new material to the people, but as we’ve all seen, the coronavirus put the brakes on that effort very quickly as a lot of shows and movies have been forced to either halt or even cancel production. The Gilmore Girls is an idea that’s been on the way and obviously hasn’t been hampered by the virus, but it’s one of the few that was able to continue forward. A lot of other projects are still being wanted on by those that are in need of an emotional lift that the show can provide in a number of ways. In fact, the effort to bring back a lot of shows and movies from the distant and recent past has been ongoing for a while as sequels, remakes, and continuations have been happening for a while and a lot of people have contributed their voices to the cause and the desire to see these projects brought back to prominence. While some people question why these shows need to be brought back, others would willingly embrace them since they want to know what happened to their favorite characters and what became of their lives.

Whether this revival will lead to anything else is hard to say, but the hope is that it doesn’t to be honest, at least when talking to some people, since the Gilmore Girls had their time, and like a lot of shows and ideas that were never given much of a chance, that time has come and gone. A lot of fans might want to argue and rant and rave that it’s just not so, but the truth is that this show was great for its time and it inspired and helped a lot of people with their own life issues, which is funny to say despite being true. We tend to look to pop culture for more than just entertainment sometimes, especially when it comes to helping us sort out our own difficulties and discover new ways to handle issues that we might be dealing with that could be detrimental to our growth and development. Shows such as this one are highly instrumental in helping people to figure out where they are in life and why, and it’s even helpful in getting them over certain periods that they might have to weather on their own. It does make one feel that this might be an excuse that people could use when it comes to explaining away why they feel the need for pop culture, but the truth is that the inspiration and hope taken from people playing a role is a very tangible thing.

The desire to see this show become something popular again has been kicked around at this point but it’s also been realized that people are off doing their own things now and the chance of bringing the show back might not be as realistic as people might want to think it is. The revival is still bound to be something that people will be excited about since it’s the return of a show that many fans were enamored of and the possibility of finding some added closure with the characters that people came to care about. Pop culture is a very big thing in our society, and catering to those that keep it going is a good idea sometimes.