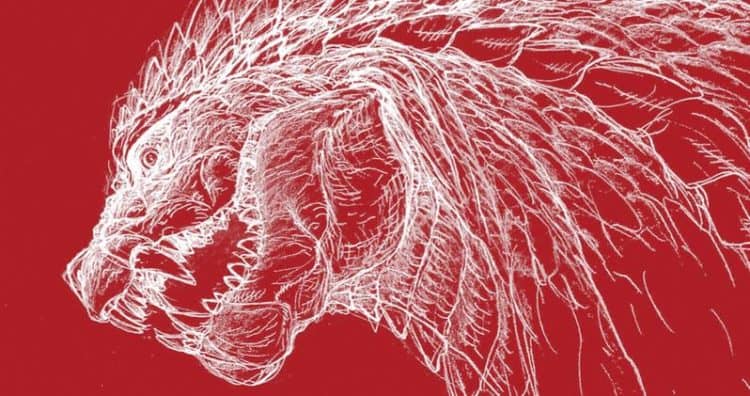 Ever since the giant, atomic lizard became a popular monster back in the 50s it’s been seen that fans adore Godzilla in certain forms and almost ignore the creature in others. The 1998 movie starring Matthew Broderick became an arguing point for a lot of people since some folks liked it but a lot of fans and critics hated it and weren’t shy about making their opinions known. The old school Godzilla has usually been the most admired and loved form of the lizard, and that might be what saves the anime titled Singular Point that is coming sometime in 2021. There have been a few anime versions of Godzilla at this time and they’ve all been appreciated by the fans even though the public opinion of Godzilla has kind of wavered a bit in previous years. Overall the fanbase has been pretty solid, but with a few different versions existing such as the original, low-budget Godzilla, the 98 version that some people would like to forget, the anime version, Shin-Godzilla, and now the 2014 version that is the current form that people are waiting to see in Kong vs. Godzilla, there are a few choices for people make. It’s already been established that Singular Point won’t be a part of the regular Godzilla story, but it’s obviously going to ride on the same fame that has made the giant lizard so popular. What it will be about is hard to say at this point, but there’s a good indication that the atomic ray-spewing monster will be wreaking havoc once again, but whether he’s going to be the good guy or the villain is something we’ll have to wait and see.

The idea of turning Godzilla into a force for good, or at least a force for balance, is kind of interesting since his creation the big lizard has been a destructive force of nature that many people have thought of as a natural disaster that was meant to be survived and taken out eventually. That’s kind of the nature of humanity though, especially if we look at things from the current view that the most recent movie took, that we’re like a virus, spreading too quickly and too far until the system we’re a part of becomes overloaded and needs a purge. that’s when Godzilla and the other titans are called forth, and unfortunately, they weren’t the only ones that came around, since other creatures such as King Ghidorah took it upon themselves to challenge Godzilla, essentially making the big lizard the good guy at some point since he was defending his territory and essentially the world from Ghidorah. The way it’s been seen in the recent movies though, Ghidorah was a foreign visitor to the planet that took over as an alpha creature and started calling to the other titans for the sake of destruction, while Godzilla was there to set things right once again. The fact is that he’s still not much of an ally to humanity, but they can stand together, kind of, when there’s a shared threat.

That leaves a question as to what Singular Point is going to be about and whether or not Godzilla will be seen as a massive threat once again or if the giant lizard will be acting as an ally once again to rid the earth of another threat. One has to think of how many enemies the giant creature has taken on throughout the years and how it’s going to go when it comes down to Kong vs. Godzilla next year since a lot of people are already stating that Kong has no chance in hell, while others are citing facts that have been seen in the movies and reminding those that doubt that Kong might have the necessary force to deal with a threat such as Godzilla. 2021 is already shaping up to be a big year for the monstrous lizard once again both on Netflix and the big screen if things go well and people are able to get back to the theaters in full force. It’s kind of hard to think about what’s going to happen if the coronavirus keeps things closed down as it has for the better part of this year, especially since it could mean that a lot of theaters could finally be closing their doors for good. It might be that streaming will be the only way that movies and various shows can be seen after a while, but one can only imagine that a lot of people would be more than willing to pay the extra price if such a thing did happen.

Hopefully, 2021 will be a surge forward when it comes to entertainment since it already sounds as though there are plenty of opportunities just waiting to be taken. We’ll just have to wait and see.